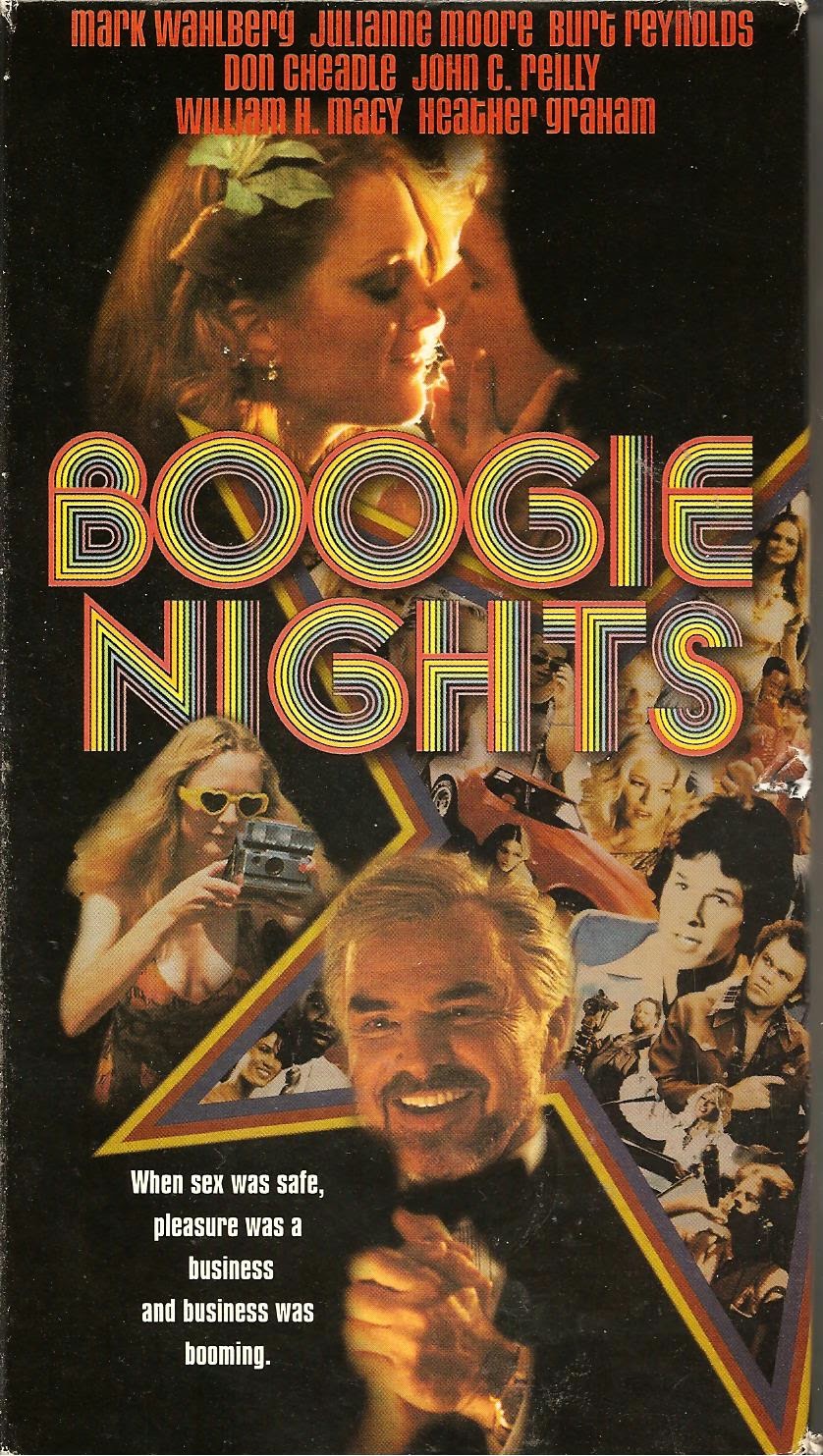 Burt Reynolds Film Fest Movie #1 (Please click the links to read my reviews of Smokey and the Bandit, The Crew, The Longest Yard, Paternity, City Heat, Driven, Semi-Tough, The Man Who Loved Women, Shamus, and The Hollywood Sign) Oh, and check out my review of the semi-related Wonderland.

Blurb From the VHS Jacket: “From Hollywood’s hottest new director comes the outrageous epic that throws the covers back on California’s adult entertainment industry in the swinging seventies.”

What Did I Learn?: In the 1970s, the adult film industry was a vibrant, creative enterprise peopled with warm and caring individuals... and then videotape destroyed everything.


You Might Like This Movie If: You want to re-live the early 1980s...and you love the word "Boogie".


Really?: 1) Is Dirk's mom secretly in love with him? Does he maintain any sort of relationship with his hen-pecked father? How does he feel about his girlfriend? I have no idea because all of these characters exit, stage left after the first 20 minutes. 2) So, is it legal in California to pick up a complete stranger and then beat the shit out of him? Wouldn't Jack and Rollergirl face criminal charges, or a lawsuit, or something? 3) I realize that a scene of Dirk crashing his
Corvette was omitted from the movie, but shouldn't somebody have provided some sort of explanation for the damage? 4) Funny how the film ends in 1984, and there isn't a single mention of the AIDS virus.