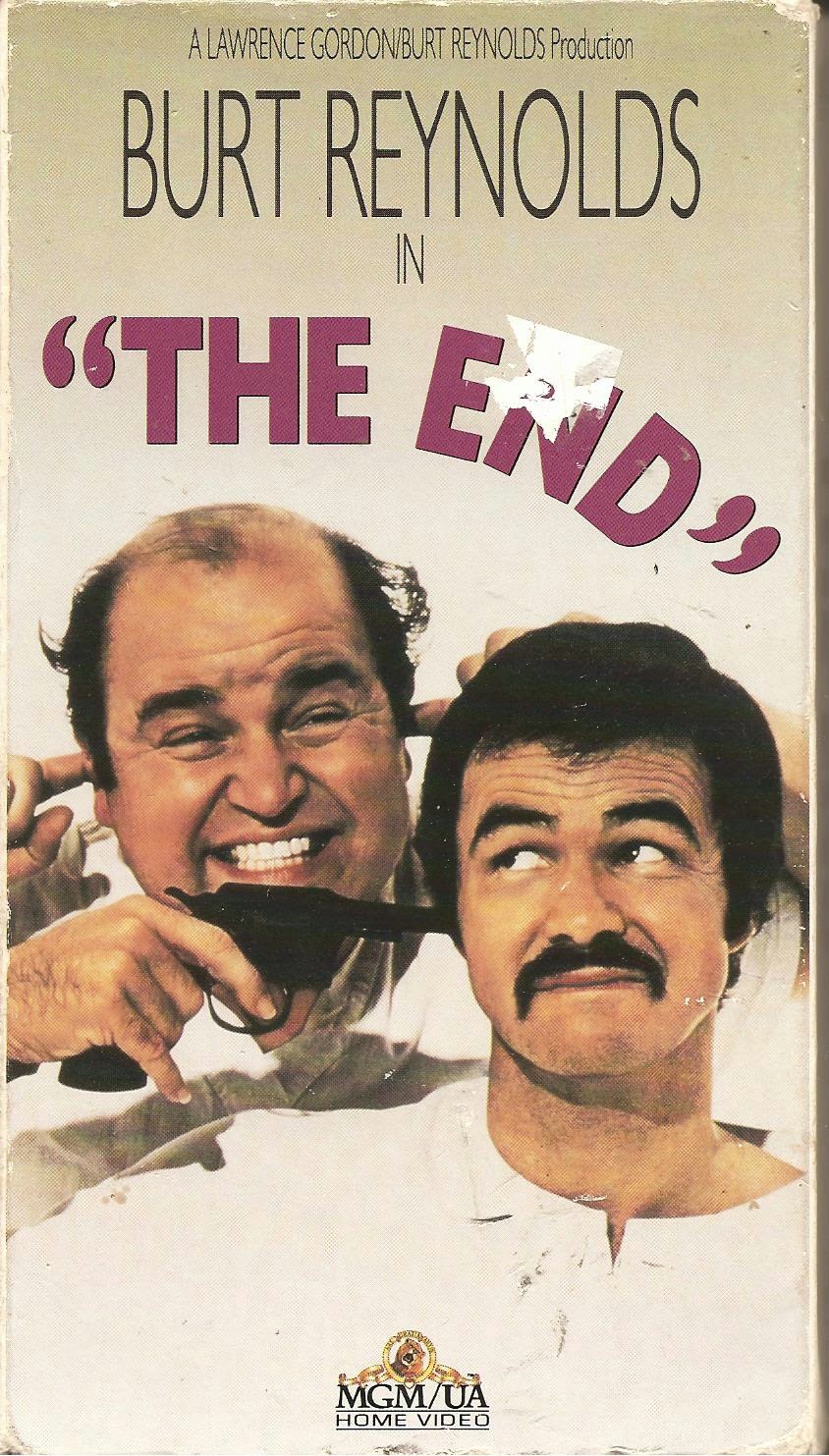 Blurb From the VHS Jacket: "Featuring a star-studded ensemble cast, The End takes dark comedy and turns it into 'grave' comedy, exposing the ploys of man (Burt Reynolds, who also directs) intent on using his recently diagnosed terminal illness as a meant to attain a self-serving end."


What Did I Learn?: If you're going to swallow a bottle of sleeping pills, it's a much better idea to wash them down with vodka than a jug of spoiled milk.


You Might Like This Movie If: You always enjoy watching Burt Reynolds and Dom De Luise work together.


Really?: So, um....how was Sonny's suicide attempt with the sleeping pills foiled? I don't think this was actually explained. 2) So, Mary Ellen's gun is loaded...then unloaded...then loaded? Considering it's a revolver, couldn't one of the characters just take a look at it and see if there are any bullets in the cylinder?

Rating: The End is a strange film in the sense that Burt plays against type as a self-absorbed, and not terribly macho neurotic real estate salesman (the part was written for Woody Allen). While some of it works (there's a surprisingly poignant scene between Sonny and his daughter, for instance), a lot of the jokes in this black comedy fall flat, and the whole thing is rather forgettable. 6.5/10 stars.