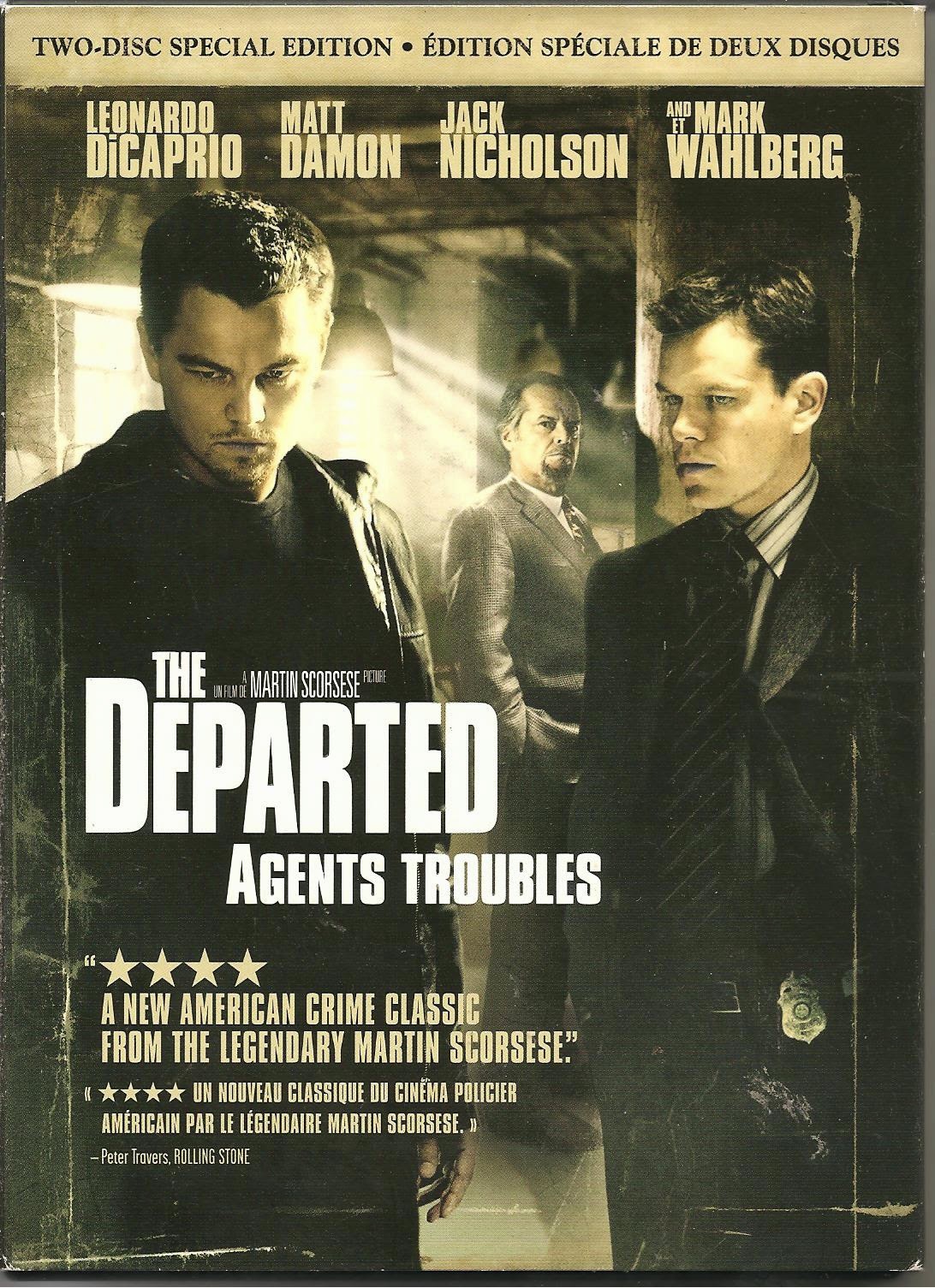 Synopsis: Considering the number of times both DiCaprio and Damon get smacked around, you could call this movie...*ahem*... whack-a-mole.

Blurb From the DVD Jacket: Rookie cop Billy Costigan (Leonardo DiCaprio) grew up in crime. That makes him the perfect mole, the man on the inside of the mob run by Frank Costello (Jack Nicholson). It's his job to win Costello's trust and help his detective handlers (Mark Wahlberg and Martin Sheen) bring Costello down. Meanwhile, SIU officer Colin Sullivan (Matt Damon) has everyone's trust. No one suspects he's Costello's mole."


What Did I Learn?: If a dude orders a cranberry juice in a blue-collar bar, it's not a great idea to ask him if he's on his period.


You Might Like This Movie If: You know that occasionally, tensions between uniformed police officers and undercover cops may boil over.


Really?: 1) Wait - the cops know there's a rat somewhere in the SIU, and nobody asks any tough questions about the guy with a super-expensive condo he can't possibly afford? 2) Kinda funny how both cop-posing-as-gangster Billy and gangster-posing-as-cop Colin are both banging the same woman, isn't it? That's quite a coinky-dink. 3) I realize Costello is a fairly wealthy individual, but come on - would anyone grab a handful of cocaine and then throw it across the room? 4) So, um... are fistfights a common occurrence in a police station... among cops?


Rating: The Departed is a wee bit long, and more than a little contrived in places, but it's also well-written, dripping with suspense, and packed with impressive performances from a stellar cast. Highly recommended. 10/10 stars.