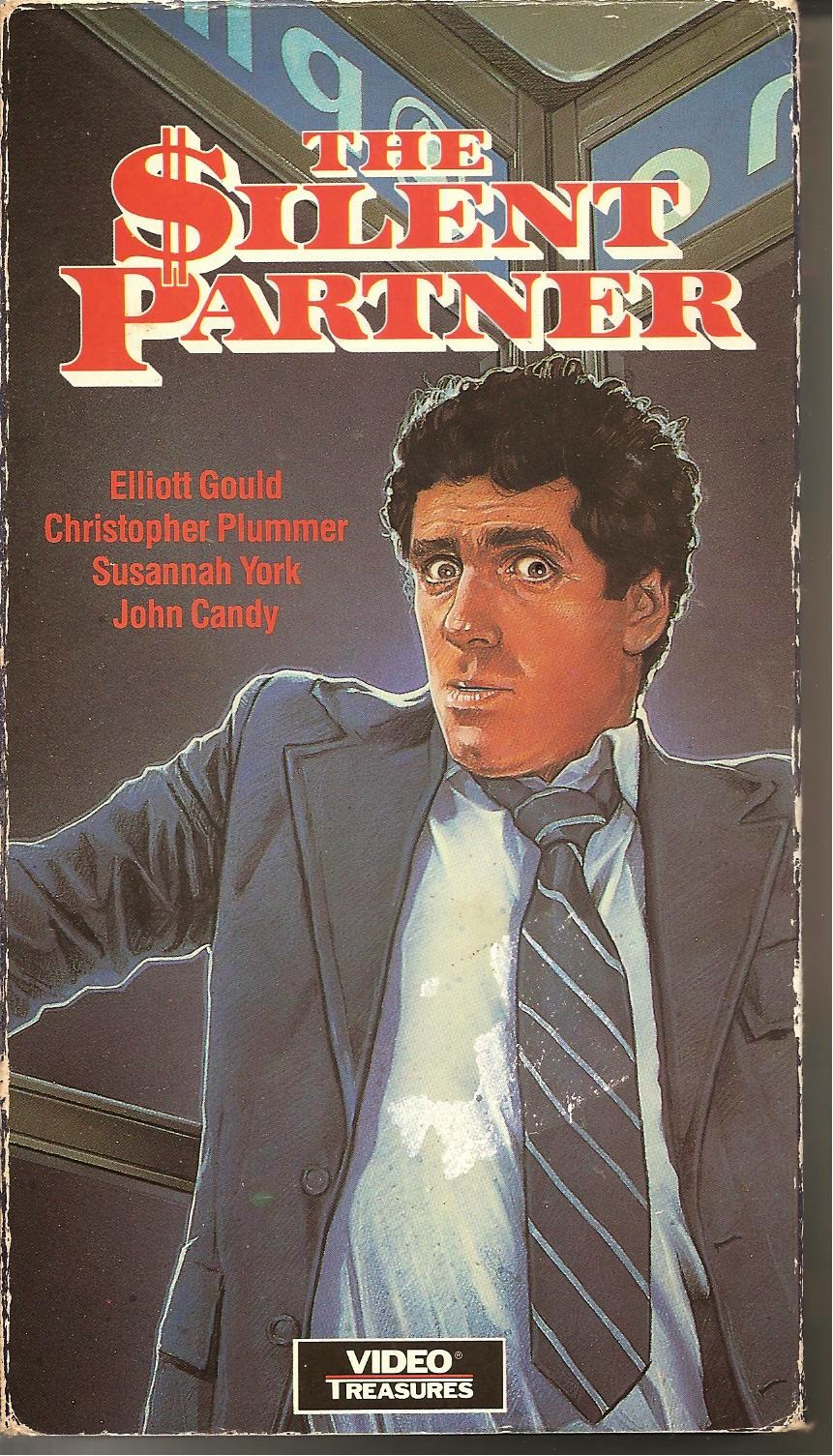 Happy Canada Day! (Please click the links to read my reviews of some other quintessentially Canadian movies, including: Strange Brew, It Seemed Like a Good Idea at the Time, Hard Core Logo, Joshua Then and Now, The Trailer Park Boys: Countdown to Liquor Day, The Trailer Park Boys Christmas Special, Mr Patman/Crossover, and Splendido Secrets.

Synopsis: Professional criminal learns the hard way that bankers are the smartest crooks around.

Blurb From the VHS Jacket: “Academy Award-nominee ELLIOTT GOULD, CHRISTOPHER PLUMMER, SUSANNAH YORK and JOHN CANDY star in this suspenseful adventure tale of a bank  heist gone wrong – where the held-up teller gets the loot, and the double-crossed robber is left ‘holding the bag.’”

What Did I Learn?: If a dude is threatening to kill you, your best course of action is to: a) steal a car, b) park it right outside his apartment, and c) drop a dime to Five-Oh and sing like a canary.

You Might Like This Movie If: You want to catch a glimpse of Toronto in a bygone era.

Really?: 1) Hold on - I realize Harry is angry at both Miles and Elaine, but isn't it a really dumb idea for him to murder her in Miles' apartment? If Miles can't dispose of the body, then he's going to jail, and Harry can't get his hands on the cash. 2) Um... was John Candy's character, or the wedding scene even remotely necessary?


Rating: The Silent Partner is a great little film that sadly fell down the memory hole shortly after it was released. While Gould and York are American, and British, respectively, the movie was filmed in its entirety - and even set - in good old Toronto, including the iconic Eaton's Centre. The Silent Partner tends to drag a little in the middle after Harry is sent to jail for a few months, but it otherwise works well as a suspense thriller: it's made clear that Miles isn't a tough guy, so he has to out-think his adversary - and he does, repeatedly. 8.5/10 stars.