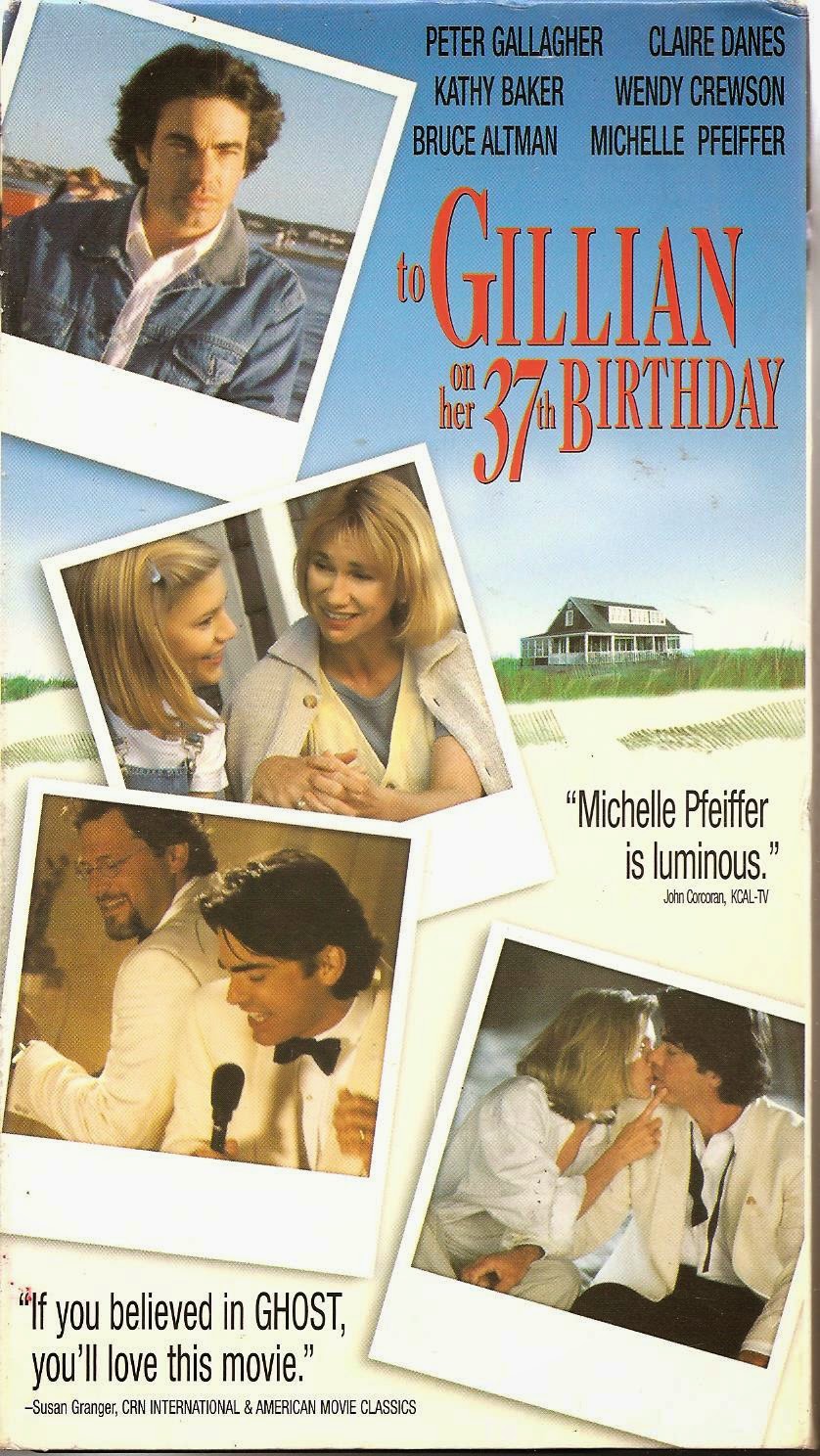 Blurb From the VHS Jacket: “Undying love collides with real life in this unforgettable romance starring Peter Gallagher, Claire Danes, Kathy Baker and Michelle Pfeiffer. Gallagher is David Lewis, a grieving widower on the brink of a breakdown, who continues to ‘see’ his late wife two years after her death. As he withdraws further into his fantasy world, he leaves his neglected daughter behind.”

What Did I Learn?: Claire Danes and Laurie Fortier looked pretty hot in bikinis back in ’96. [Come to think of it, those few minutes of PG-rated T&A were the high point of To Gillian on Her 37th Birthday]

You Might Like This Movie If: you've always wanted to see a ghost further mess up an already-dysfunctional relationship.


Really?: 1) So wait – Paul (Bruce Altman) openly lusts after Cindy (Fortier), even though she's what – 16 years old? And then she offers him a chance to have sex with her? What the fuck is this? 2) Ok, so... David knows that Gillian is a figment of his imagination, and he just – snaps out of it? Oh wow.... 3) Funny how David’s in-laws bring a single female friend for David, she says she feels out of place on this vacation, and then... she pretty much disappears.

Rating: To Gillian on her 37th Birthday is one of the worst films I’ve ever reviewed. The movie is a based upon a stage play by Michael Brady, and I can only imagine that David E. Kelley trashed most of the original material when he adapted it for the big screen. Oh my God... the writing is atrocious: there’s not a whit of subtlety, and the audience isn’t allowed to think, or piece things together – everything is spelled out in bad, obvious dialogue by some of the most obnoxious characters I’ve ever witnessed. Moreover, the film’s few attempts at comedy are fucking terrible, and the script is littered with events and people who have no bearing on the storyline. I cannot recommend... no wait – I HATE THIS MOVIE. 1/10 stars.

Would It Work For a Bad Movie Night?: No – but take a drink every time Peter Gallagher gets mad and yells at somebody.