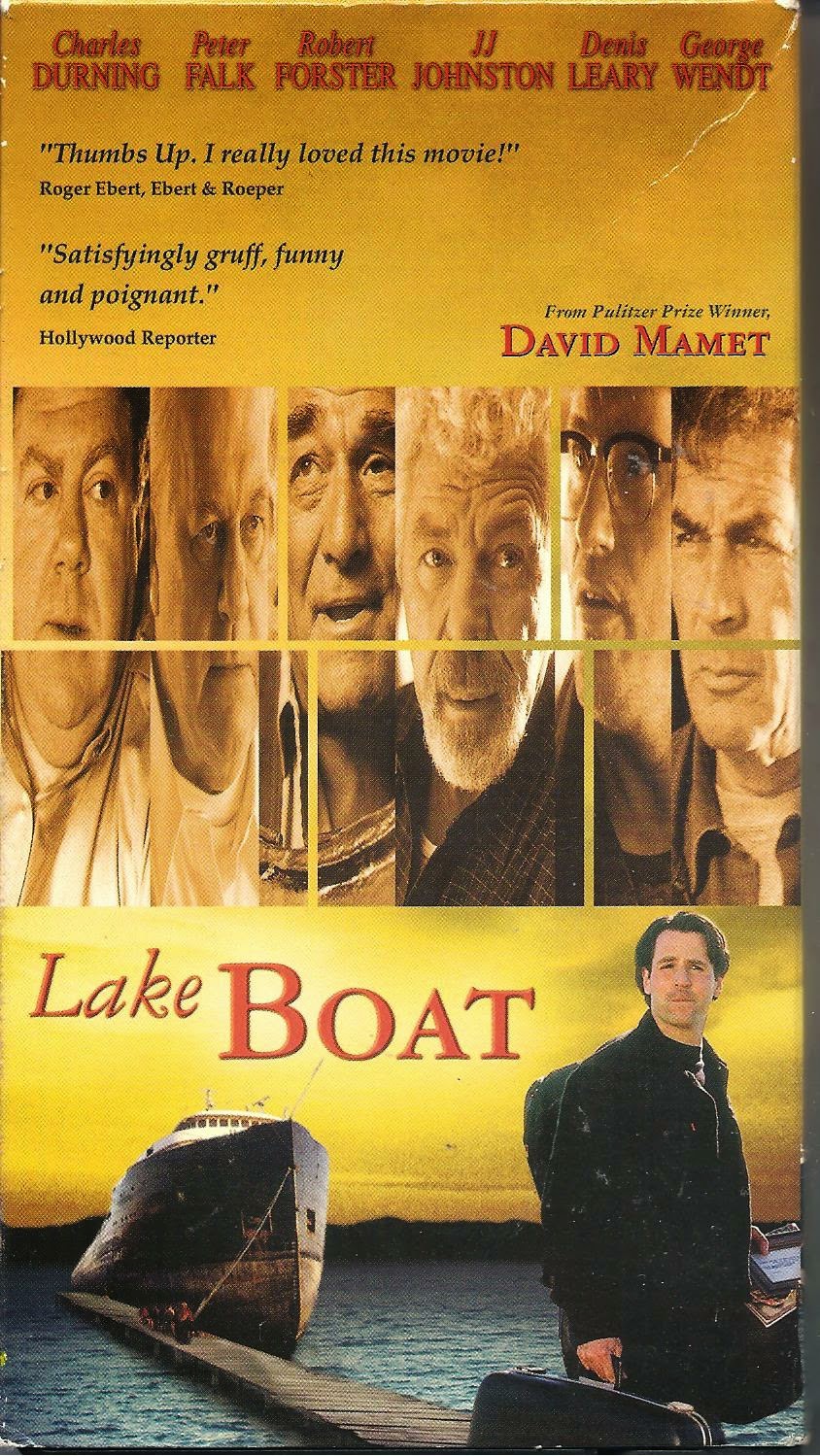 Synopsis: Gruff, blue-collar men shoot the shit with each other aboard a Great Lakes cargo boat, and um.... that's about it, actually.

Blurb From the VHS Jacket: “Academy Award nominee and Pulitzer Prize writer, David Mamet (State and Main, The Winslow Boy) returns to his blue collar Chicago roots, bringing his own life experiences as a young man to the screen.”

What Did I Learn?: Women are "soft things with a hole in the middle."


Really?: Hold on - Dale is appointed to the post of Night Cook, even though he has no culinary experience? What if somebody orders something a bit more complex than an egg-salad sandwich?


Rating: Lake Boat doesn't have much of a plot, but it is an easy-going character-driven drama that combines a killer cast (Peter Falk, Denis Leary, Robert Forster, Andy Garcia, Charles Durning, George Wendt... holy crap!) with some incredible dialogue from David Mamet. I quite enjoyed this movie, but I can’t give it ten stars for two reasons: a) much like Caddyshack, the protagonist (played by Tony Mamet) is a cipher surrounded by larger-than-life characters, so we don’t really see him growing and developing over the summer, and b) I really wanted to see the characters interact with each other away from the ship – maybe in one of those great Sault Ste. Marie bars that are mentioned several times. Still, highly recommended. 9/10 stars.