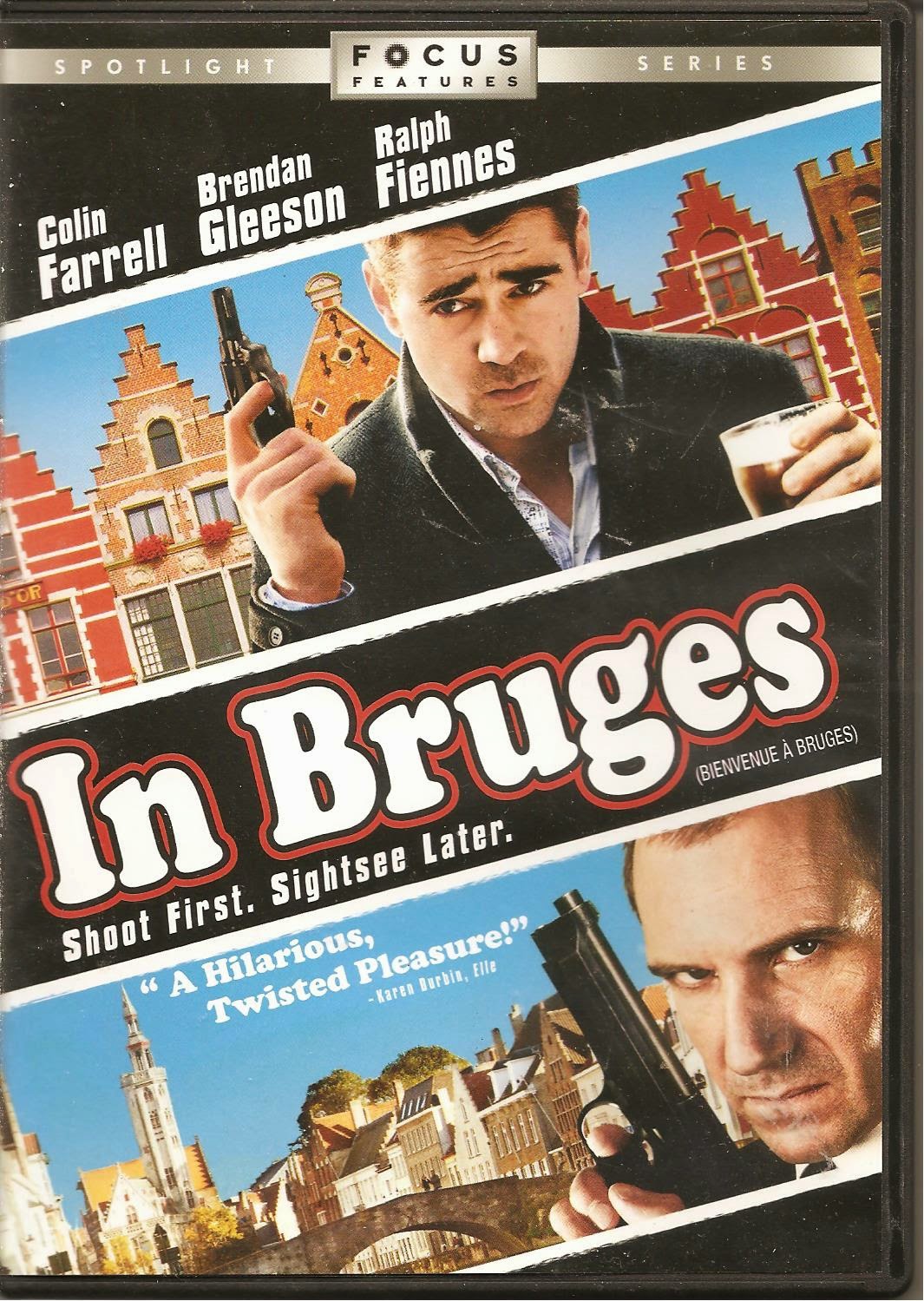 Dang - this would have been perfect for my salute to British Gangster Films back in April.

Synopsis: Wracked with guilt over accidentally killing a little boy, kind-hearted hitman pays for his sins by... um... drinking fancy beers, hitting on a hot chick, and complaining about the scenery? WTF?

What Did I Learn?: 1) Purgatory is a lot like Tottenham, England. 2) Hell might be an eternity spent in fucking Bruges. 3) There are prostitutes in Bruges, and they command a better price for their services than in Amsterdam. 4) Bruges is a shithole... no wait, Bruges is NOT a shithole!


Really?: 1) The hitman-with-a-heart-of-gold is difficult enough to believe, but the idea that Ken would prevent Ray from killing himself – after he’s been ordered by Harry to whack him – is preposterous. 2) So wait – Harry wants to give Ray a nice, little holiday before he has him whacked? Oh, come on... would Tony Soprano do that? 3) Funny how Ray, Chloe, Ken, Harry and Chloe’s asshole ex-boyfriend, Eirek, are all in the same square at exactly the same time, isn’t it? 4) See: “Synopsis”.

Rating: In Bruges is a beautifully-filmed, and often-funny character-driven black comedy that also works as a suspense thriller near the end. The movie has some great lines, but it’s also incredibly contrived (see: “What Did I Learn?”), and more than a bit overrated. 7.5/10 stars.