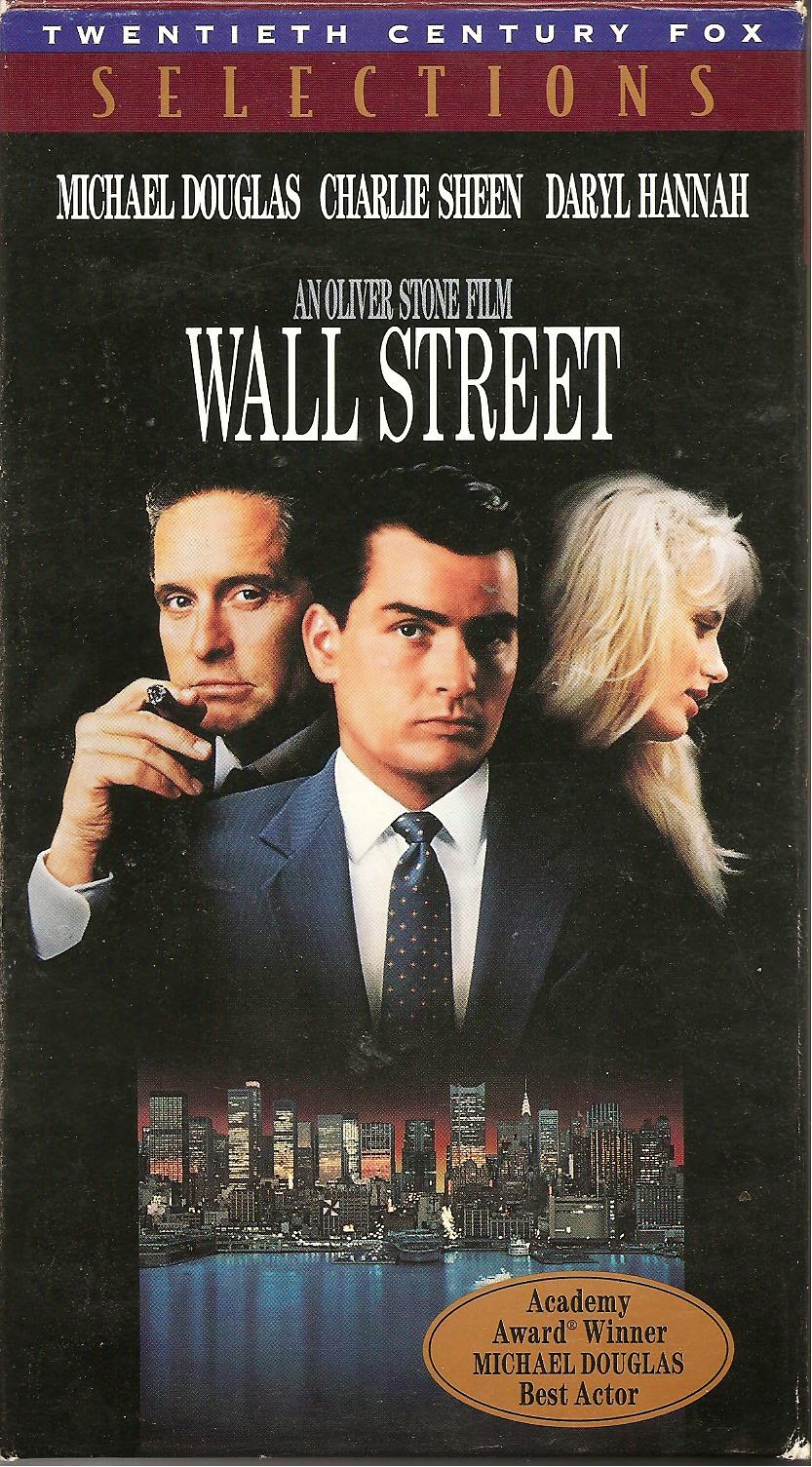 Synopsis: It’s Oliver Stone’s scathing critique of dog-eat-dog capitalism that um…. somehow manages to make it look like a whole lot of fun.

Blurb From the VHS Jacket: “In this riveting, behind-the-scenes look at big business in the 1980s, an ambitious young broker (CHARLIE SHEEN) is lured into the illegal, lucrative world of corporate espionage when he is seduced by the power, status and financial wizardry of Wall Street legend Gordon Gekko (MICHAEL DOUGLAS).”

What Did I Learn?: 1) If you need a friend, get a dog. 2) Money's only something you need in case you don't die tomorrow... 3) Man looks in the abyss, there's nothing staring back at him. At that moment, man finds his character. And that is what keeps him out of the abyss. 4) greed, for lack of a better word, is good. 5) There's no nobility in poverty. 6) What's worth doing is worth doing for money. 7) If you're not inside, you're *outside*! 8) It's not always the most popular person who gets the job done. 9) Money never sleeps.

You Might Like This Movie If: You'll watch anything that features Charlie Sheen.
Really?: 1) Does Bud ever actually sleep in this movie? How can he work 15 or 16-hour days (not to mention posing as a cleaning contractor at night) without that lack of sleep catching up with him? Come to think of it, he doesn’t spend much time at the office in the second half of the film. 2) Hmm… so, Darien has genuine feelings for Bud? That seems a bit incongruous with the rest of her behaviour. I’m not sure if Oliver Stone wrote her part all that well. 3) Wait, did Gekko rat out Bud to the S.E.C. or did they discover his insider trading on their own? This isn’t entirely clear.

Rating: I’ve never been a huge fan of Oliver Stone’s movies, but Wall Street is an enjoyable morality play that features nice performances from both Charlie Sheen and Michael Douglas. Wall Street is a good film that is hobbled by a script that’s a bit too obvious (I always wince when Martin Sheen suddenly screams out the word: "wallet!"), and characters who needlessly editorialize. 8/10 stars.