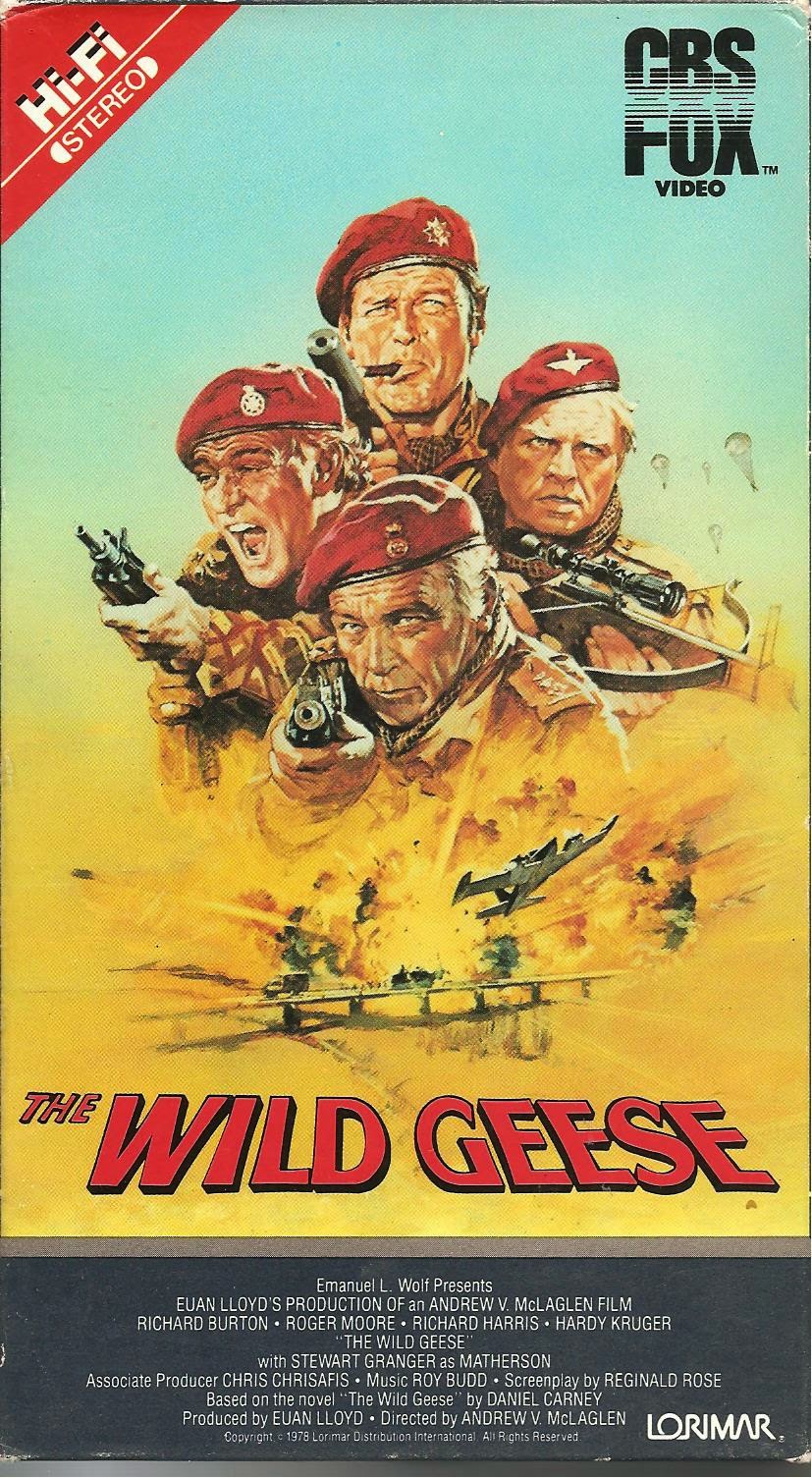 Christmas Movie #2 (Ok, The Wild Geese really isn’t a Christmas movie. Much like Die Hard, it’s set around Christmastime. Oh, and it would have been perfect for my tribute to Roger Moore’s non-007 films)

Synopsis: Soldiers of Fortune save the day….hey, this is just like a 2-hour episode of The A Team, except that people actually die, Hannibal drinks too much, and Face likes to murder drug dealers.

Blurb From the VHS Jacket: “The action-packed story of a band of mercenaries who risk their lives against incredible odds, THE WILD GEESE will take you soaring into the world of raw courage and high adventure.”

What Did I Learn?: It’s a really bad idea to attempt to pull a fast one on men who have been trained to kill for a living.


Really?: Hold on – I realize Sir Edward Matherson is a wealthy and powerful guy, but I had a hard time believing a banker could get a mafia boss out of bed at 3 in the morning and then strong-arm him into dropping the contract on Lt. Flynn’s (Moore) life.

Rating: The Wild Geese is a bit dated by today’s standards, chock full of characters and situations that may offend the politically correct (one of the mercenaries is a white South African who doesn’t particularly like black people, while the medic is flamboyantly gay), and Richard Burton admitted that he portrayed Colonel Faulkner strictly for the paycheque. That said, the movie holds up well as an edge-of-your-seat action-adventure film, and it even features some surprisingly touching scenes, especially the ones between Capt. Janders (Richard Harris) and his son. The Wild Geese is definitely worth a viewing. 8/10 stars.