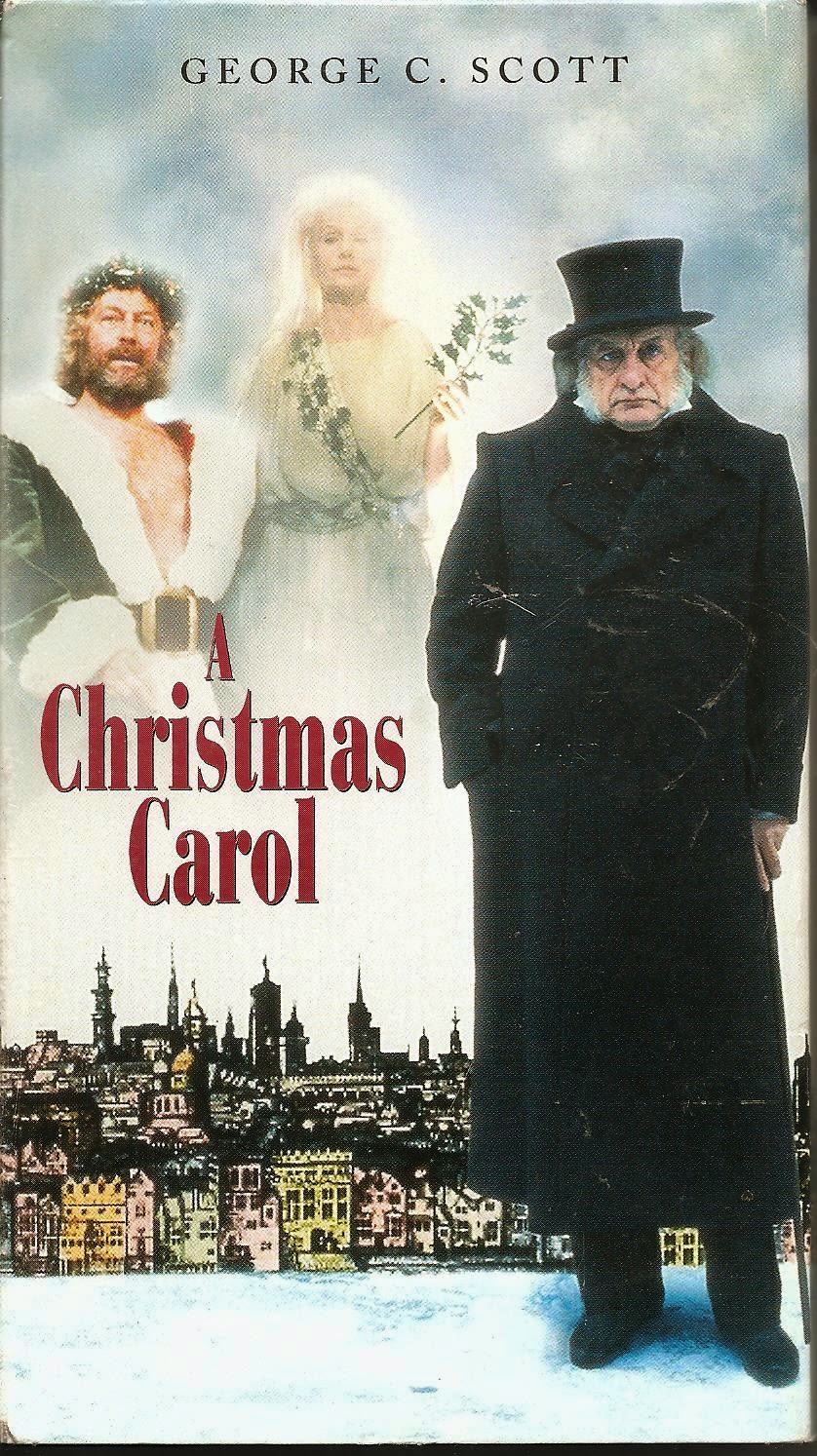 Christmas Movie #3 (Please click the links to read my reviews of the 1951 version of A Christmas Carol, and Scrooged)

Blurb From the VHS Jacket: “George C. Scott stars in this critically acclaimed version of the Charles Dickens’ holiday classic in which one man discovers the true meaning of Christmas.”

What Did I Learn?: Apparently, if you don’t love Christmas, you’re gonna die!

You Might Like This Movie If: you're really in the mood for a punch in the face from too many spirits.
Really?: 1) I think it’s wonderful that Scrooge takes an interest in Tiny Tim’s welfare, but was there anything that Dickensian-era medical science could actually do for the boy? 2) I’ve always been a little puzzled about the scene when Scrooge gets really scared by the sight of his own grave. Um…doesn’t everybody die, sooner or later? 3) You know, Scrooge isn’t an entirely bad guy before the ghosts arrive…I mean, he does give Cratchit the day off.

Rating: If you loved the 1951 version of A Christmas Carol, you’ll probably get a kick out of this one. Scott plays Scrooge with a little more subtlety than Alastair Sim, but the best scenes involve him trading barbs with Edward Woodward (star of Breaker Morant) as the Ghost of Christmas Past – they’re so memorable, I was tempted to write: “Patton meets The Equalizer” for the Synopsis. Highly recommended. 9/10 stars.