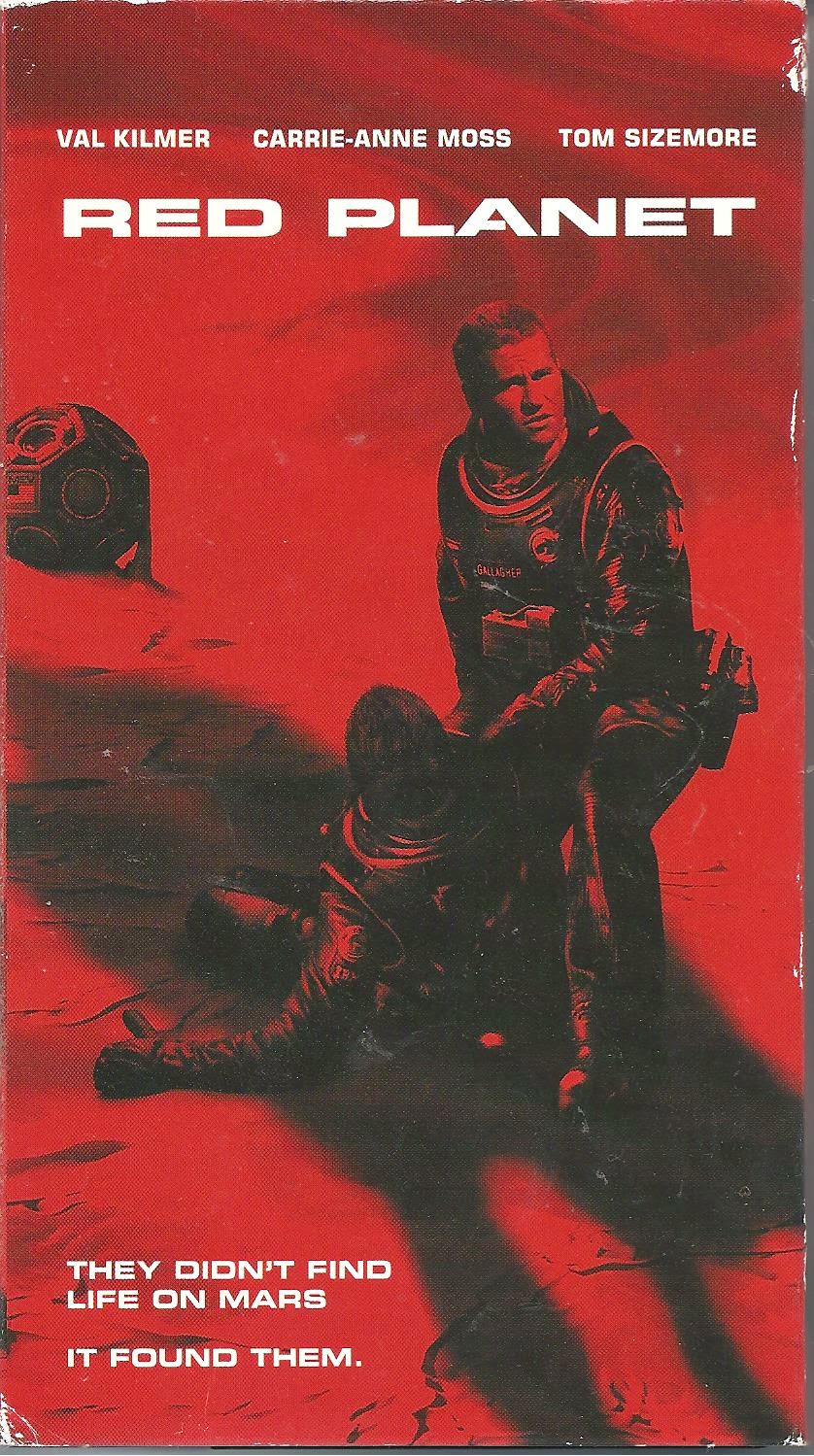 Synopsis: It’s a lot like Mission to Mars, except, um… a) the planet has a breathable atmosphere, b) the crew gets attacked by bugs, and c) the friendly robot goes bananas.

Blurb From the VHS Jacket: “In the mid-21st century, the nations of a dying Earth look starward for a solution and set out to colonize Mars. But something no one could have expected awaits. Houston, we have big trouble.”

What Did I Learn?: Carrie-Anne Moss looks pretty good when she steps out of the shower.


Really?: 1) See: “Synopsis.” (Seriously – the robot has two modes: Help the Crew, and Kill Everybody. Why didn’t NASA or the Marines or somebody disable the second setting before the big launch?) 2) So, let’s see… the crew has to take on aliens and a killer robot. What was the point of making Pettingil a paranoid lunatic? 3) I realize Burchenal (Tom Sizemore) knows the alien bugs are going to kill him at any moment and he  wants to take as many of them out as he can, but come on – he must realize that starting a huge fire is going to put his buddy Gallagher (Val Kilmer) at great risk.

Rating: While Red Planet has better special effects than Mission to Mars, it’s an inferior film; Red Planet has a lot of action, but it’s more of a dumb thriller than thoughtful science fiction, and incredibly contrived. 5.5/10 stars.