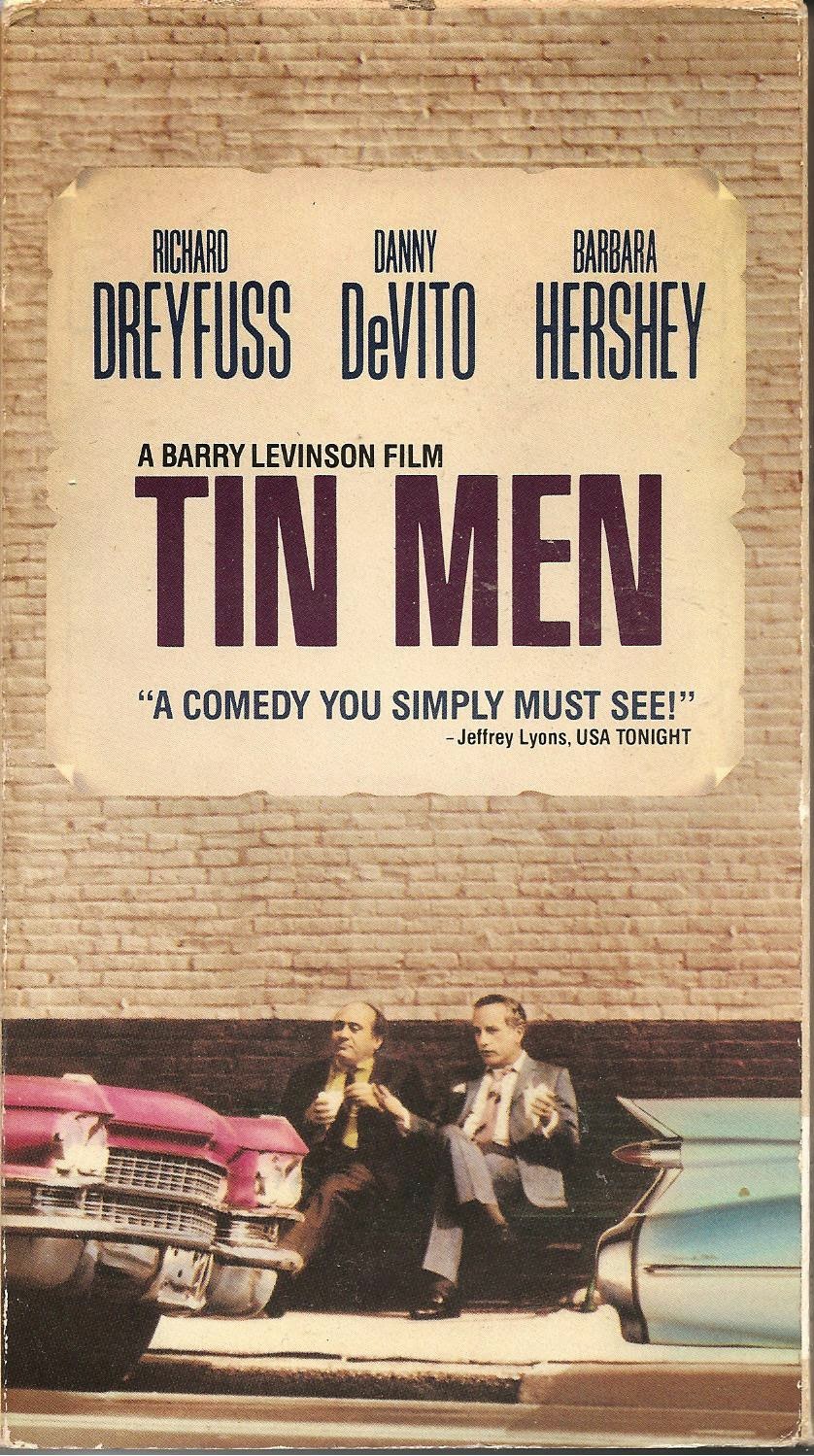 Barry Levinson’s Baltimore, Movie #2 (Tin Men is sort-of a sequel to Diner in the sense that Michael Tucker plays the same character, a home improvement salesman, in both films)

Blurb From the VHS Jacket: “Cruise back to Baltimore, 1963, to the time and turf of a rare American breed: the ‘tin man’ (aluminum siding salesman). Two less-than-honest rivals in the tin game (Richard Dreyfuss and Danny DeVito) meet in a fender bender, but their bruised egos and quick tempers turn the minor accident into a major vendetta against each other’s symbols of success – their prized Cadillacs.”

What Did I Learn?: 'Bonanza' was not an accurate depiction of the west.

You Might Like This Movie If: You can't really see yourself surrounding your home with strips of aluminum.
Really?: 1) Holy crap – take a drink every time we see aluminum siding salesmen sitting down to breakfast in a diner. 2) Yeah… I don’t think the Fine Young Cannibals sound all that 1963-ish. Just my opinion.

Rating: Tin Men is a well-written, and often-funny film that seems to fade in the third act – I came away with the impression that Levinson wasn’t too sure how to end this story, so he simply contrived an ending. And while the leads (Dreyfus, DeVito and Barbara Hershey) enjoy some great chemistry, it’s a bit difficult to sympathize with Babowski (Dreyfus) after he seduces and steals Tilley’s wife; I mean, it’s one thing to con gullible homeowners into shelling out thousands of dollars for crappy aluminum siding (the cons are the best part of the film), but that’s low. 7/10 stars.