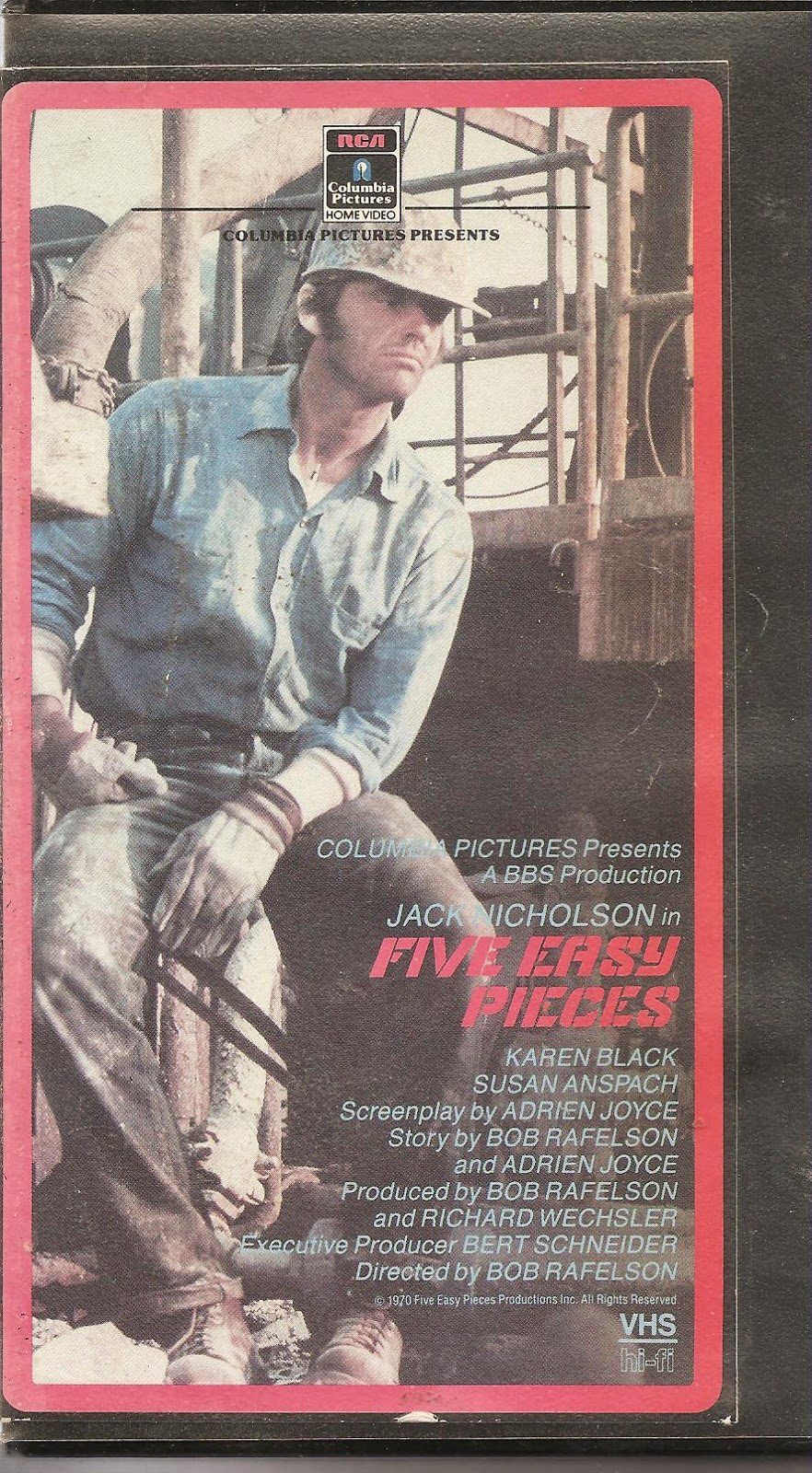 Blurb From the VHS Jacket: “In an Academy Award-nominated performance for Best Actor, Jack Nicholson is outstanding in FIVE EASY PIECES, the acclaimed drama from director Bob Rafelson. Although a brilliant, classical pianist from an intellectual, well-to-do family – Robert Dupea (Nicholson) has made a career out of running from job to job and woman to woman.”

What Did I Learn?: It’s a whole lot easier to get laid when you treat women with a bit of kindness and respect.

Really?: 1) Wait – how does Robert know how/where to find his sister for the studio recording scene? I thought he had been out of touch with his family for at least two or three years? 2) If Robert is thinking of pulling a disappearing trick, wouldn’t it be a good idea for him to wait until Rayette returns his wallet? And why would he leave a perfectly good jacket in the men’s room? 3) I realize Robert doesn’t give a flying crap about Rayette’s feelings, but I had a hard time believing he wouldn’t throw Palm and Terry out of the car when the three of them get into that name-calling fight.

Rating: Five Easy Pieces is widely considered to be a film classic, as well as a breakthrough in Nicholson’s early career. The movie is rather uneven, as it swings suddenly between comedy and pathos, and Robert Dupea is an extremely unlikeable character, even though that’s really the point – he can’t fit into either upper-class society or a blue collar lifestyle. Oh – watch for performances from a pre-All In the Family Sally Struthers, and Toni Basil long before she became famous for “Mickey.” 7/10 stars.