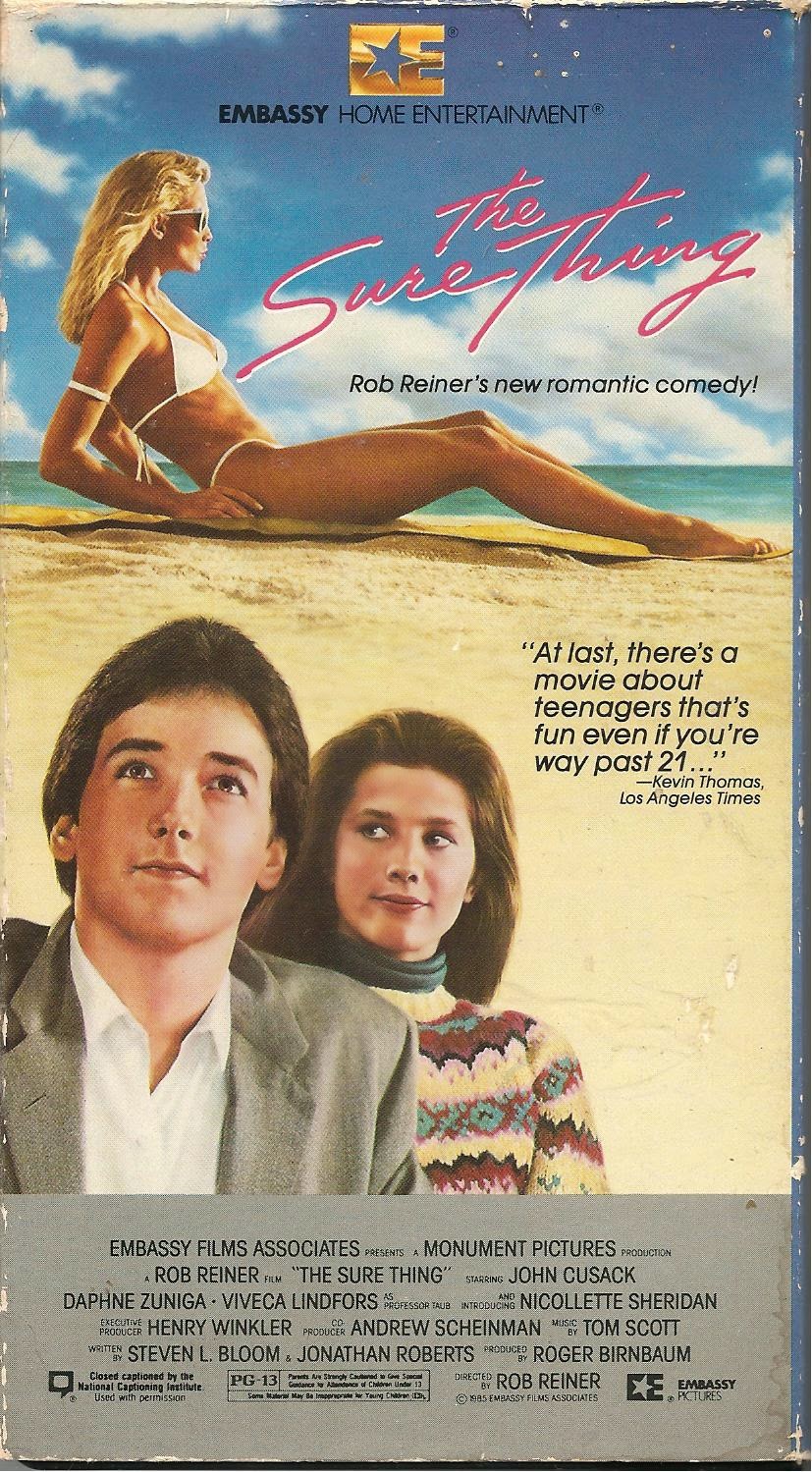 Blurb From the VHS Jacket: “Meet Walter ‘Gib’ Gibson (JOHN CUSACK), a highly-spirited, spontaneous young guy and self-proclaimed junk food addict. After striking out with the girls in high school, Gib begins his freshman year at an Eastern college full of hope for improving his lovelife. Enter Alison Bradbury (DAPHNE ZUNIGA), prim and proper, well-organized and extremely annoyed by Gib.”

What Did I Learn?: 1) You can’t name a kid “Elliott” – that’s a fat kid with glasses who eats paste. 2) Spontaneity has its time and place. 3) Every relationship starts with a one-night-stand.

You Might Like This Movie If: You figure it must be an hour-and-forty-minute long St. Germain video.
Really?: 1) Hold on – Alison gets mad at Gib for travelling cross-country just to get laid? She has a boyfriend!! 2) I had a great deal of trouble believing: a) Alison would flash her breasts at a passing car just because she was egged on by Gib, and b) that Gary would leave the two of them stranded in the middle of nowhere. 3) You could see Alison dating a rich, alpha-male jock, but a tea-drinking, Scrabble-playing nerd? Come on….

Rating: I hadn’t watched The Sure Thing for at least two decades, and I’m saddened to say that while the film has a few nice moments, it hasn’t aged all that well. Cusack wildly overacts, the script is incredibly contrived (see: “Really?”) and not terribly funny, and the whole thing seems pretty dopey and unoriginal (see: “Synopsis”). 5.5/10 stars.