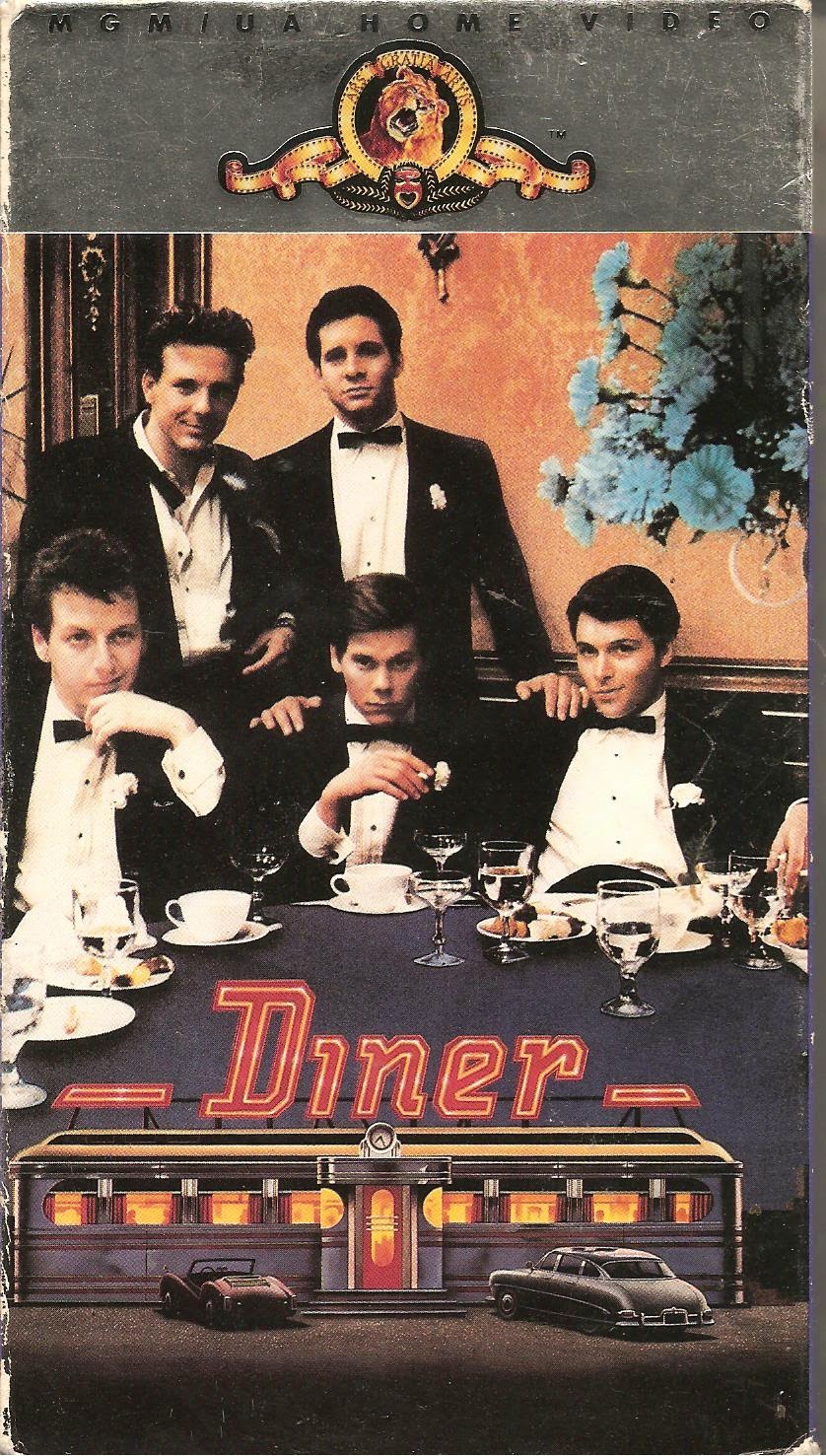 Blurb From the VHS Jacket: “You’re in for a real treat at the Diner – a rare contemporary comedy with wit, pathos and bite. This lively and penetrating tale of a group of friends trying to recapture their lost innocence created an immediate sensation among audiences and critics.”

What Did I Learn?: “Nuance” isn’t really a word, although “gesture” certainly is.

You Might Like This Movie If: You know that a lot of interesting conversations can take place in a diner.
Really?: A football trivia quiz? Eddie seriously wants his fiancée to take – and pass – a football trivia quiz before he’ll consent to marry her? Ok, maybe he would do that, but wouldn’t his friends or a family member sit down with him and say: “Eddie, this is a really bad idea”?

Rating: Diner is a little short on plot, but it’s a funny and rather compelling character-driven drama about a group of young men who have been thrown into adulthood, and yet they have no idea of how to adapt. The film also features an incredible cast of before-they-were-famous actors: Mickey Rourke, Kevin Bacon, Ellen Barkin, Daniel Stern, Paul Reiser, Tim Daly and Gutenberg. Highly recommended. 9/10 stars.