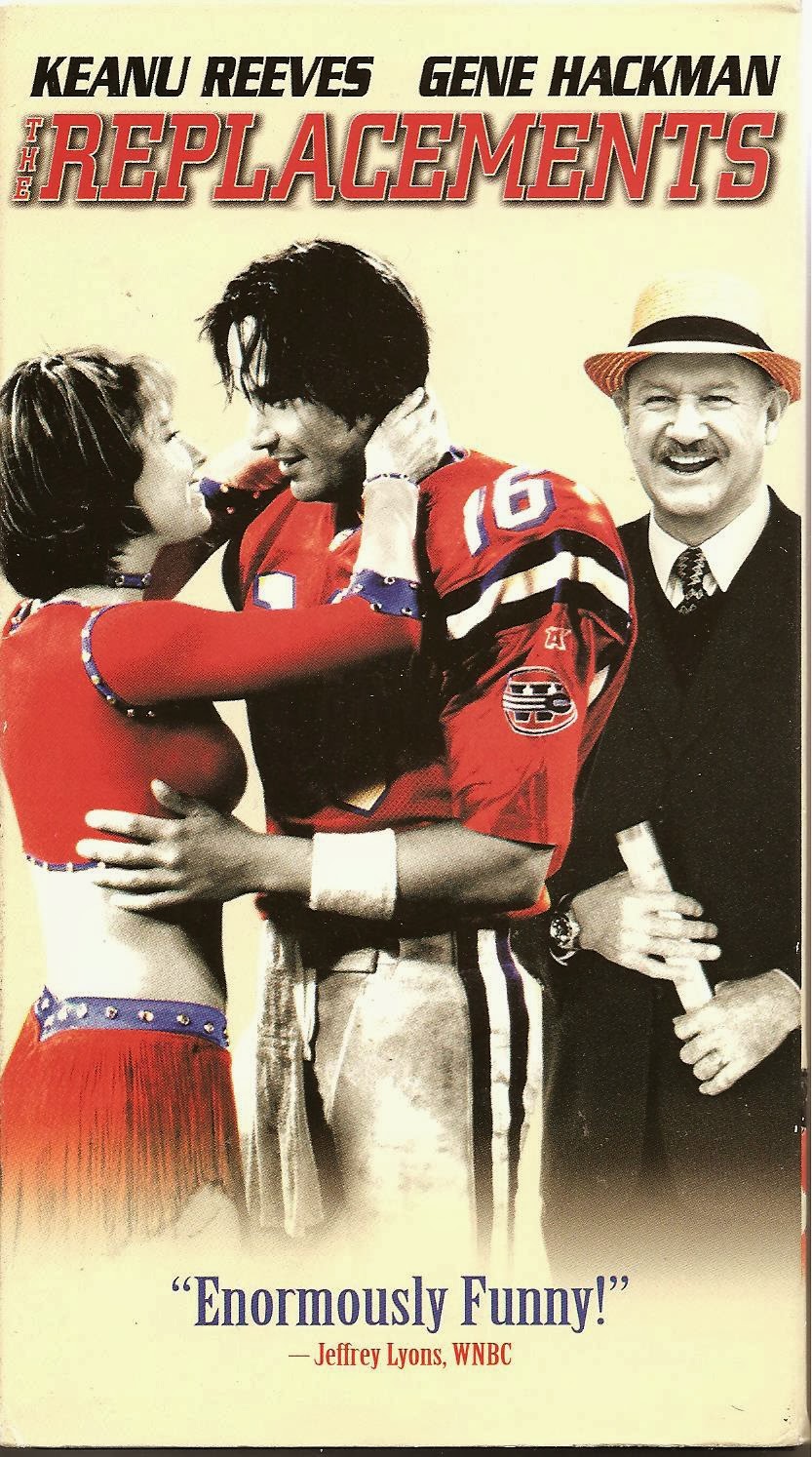 Oops – I meant to have this review ready for February 2nd (this year’s Superbowl) but I was a little sidetracked with other concerns. Unfortunately, I don’t have any other football-related movies in my collection, so instead, I will review four basketball-related films. In the meantime, please click the links to read my reviews of: Friday Night Lights, North Dallas Forty,  Semi-Tough, Any Given Sunday, The Program, The Longest Yard, and All the Right Moves.


Blurb From the VHS Jacket: “Yesterday they were a bunch of blue-collar guys. But now things are different. These are the glory days – the days they fill in for striking pro players and become The Replacements.”


What Did I Learn?: Pain heals...chicks dig scars...glory lasts forever... oh, and it’s a really bad idea to eat an entire jar of pickled eggs right before a football game.


Really?: 1) So wait – the team’s quarterback decides to cross the picket line, and Falco (Keanu Reeves) has to go home? Why wouldn’t Coach McGinty keep him on as a backup? 2) It’s funny how the anti-union message of this film is rather muddled... sure, it’s ridiculous for millionaires to go on strike, but aren’t the owners also greedy multi-millionaires? And the best argument for huge salaries: football is a violent game, and careers are often cut short by debilitating injuries, is never once articulated. 3) Let me understand... the new guys bond with each other during a jailhouse musical number when everyone sings, and line-dances to Gloria Gaynor’s “I Will Survive”? Jesus, who wrote this movie? 4) So, Ray Smith is on loan to the team from the local prison? Um.... I’m pretty sure he would be sent back there immediately after the barroom brawl.


Rating: The Replacements isn’t exactly a “bad” movie, but it wallows in mediocrity and comes perilously close. The film is poorly-written, predictable, formulaic, by-the-numbers junk; Hackman never gets an opportunity to act, and mostly looks bored, and nearly every scene is overpowered either by the manipulative musical score, or by dozens of Jock Jams we’ve heard a million times before. I cannot recommend this movie. 5/10 stars.