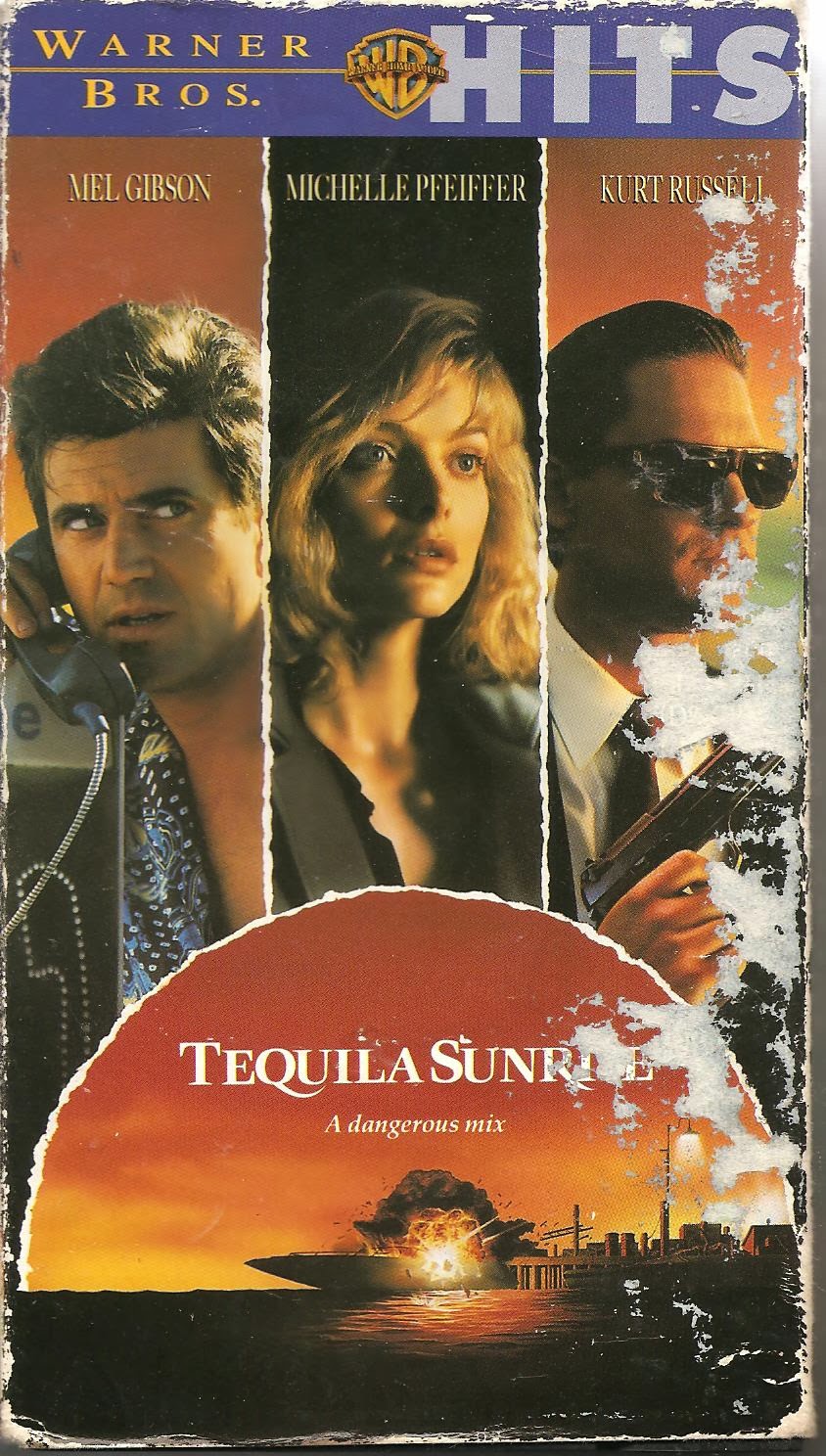 (Yeesh - that is one beat-up VHS jacket!)

Blurb From the VHS Jacket: “Mac McKussic may have quit the business of drug dealing. But – inside and outside the law – the business won’t quit him.”

What Did I Learn?: Apparently, pre-teen boys can’t get enough angel hair pasta.

You Might Like This Movie If: You know that organized crime has no place in a fine dining establishment.

Really?: 1) I realize the title of the movie is Tequila Sunrise, but I had a bit of trouble believing McKussic (Gibson) – a veteran drug-smuggler, would actually drink those awful things. He seems like more of a beer, or single-malt scotch kind of guy. 2) Ok, I really don’t want to give away any spoilers, but I can’t help myself from wondering how a drug kingpin could fool a high-ranking DEA agent for about a decade... wouldn’t dude ever go through official channels with Mexico City? Wouldn’t he be a little bit suspicious when an entire team of Federales sail to LA in a yacht?


Rating: Tequila Sunrise starts out quite well with Gibson and Russell on opposite sides of a failed drug bust, and then... both of them start flirting with Michelle Pfeiffer over Caesar salad and calamari. Amazingly, much of the film takes place in the restaurant, and while Gibson, Russell and Pfeiffer share some great chemistry, the action slows considerably (i.e. not much actually happens), and doesn’t heat up again until the third act. Tequila Sunrise is a good film that could have been better. 7/10 stars.