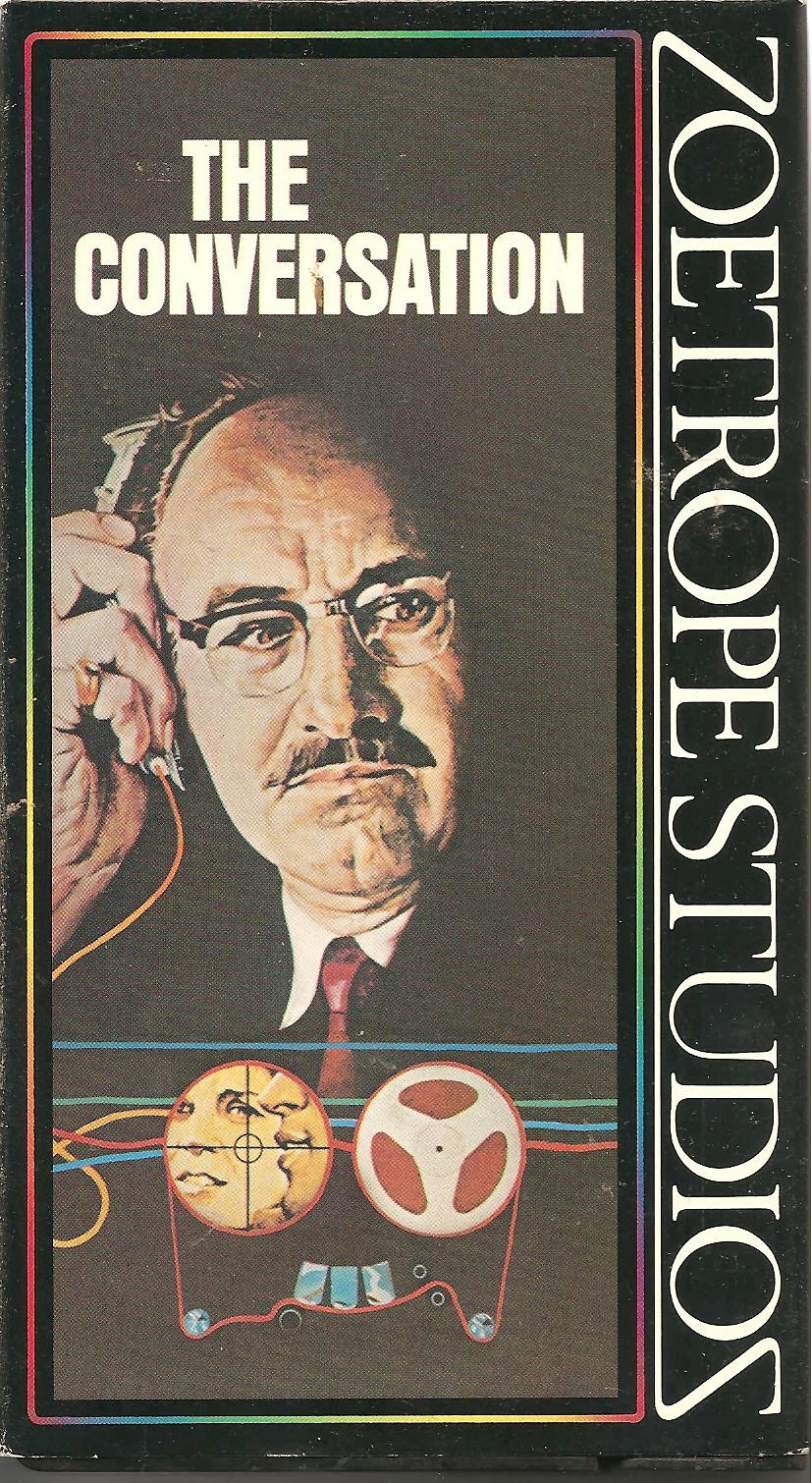 
Blurb From the VHS Jacket: “Francis Ford Coppola’s provoking mystery-drama explores the morality of privacy and stars Gene Hackman as Harry Caul, expert surveillance man. A routine wire-tapping job turns into a modern nightmare as Harry hears something disturbing in his recording of a young couple in a park.”


What Did I Learn?: If a surveillance expert offers you a free pen, politely decline.


Really?: So wait – couldn’t Harry tell Amy (Teri Garr in an early role) some bullshit story about his job, or at least give her the broad outlines but not reveal anything specific, rather than simply clam up? And why couldn’t he invite her over to his place –there’s nothing there!


Rating: The Conversation is a good film, but not a particularly entertaining one; it’s mostly a character-driven drama about a wire-tapper who suffers from paralyzing guilt when he realizes his work could lead to a murder or two. This might be Hackman’s finest performance, but there are long stretches when not much happens, and we never really get to know (let alone like) Harry Caul. Check it out if you’re in the mood for something slow-moving and creepy. Oh – Harrison Ford has a pre-Star Wars role. 7.5/10 stars.