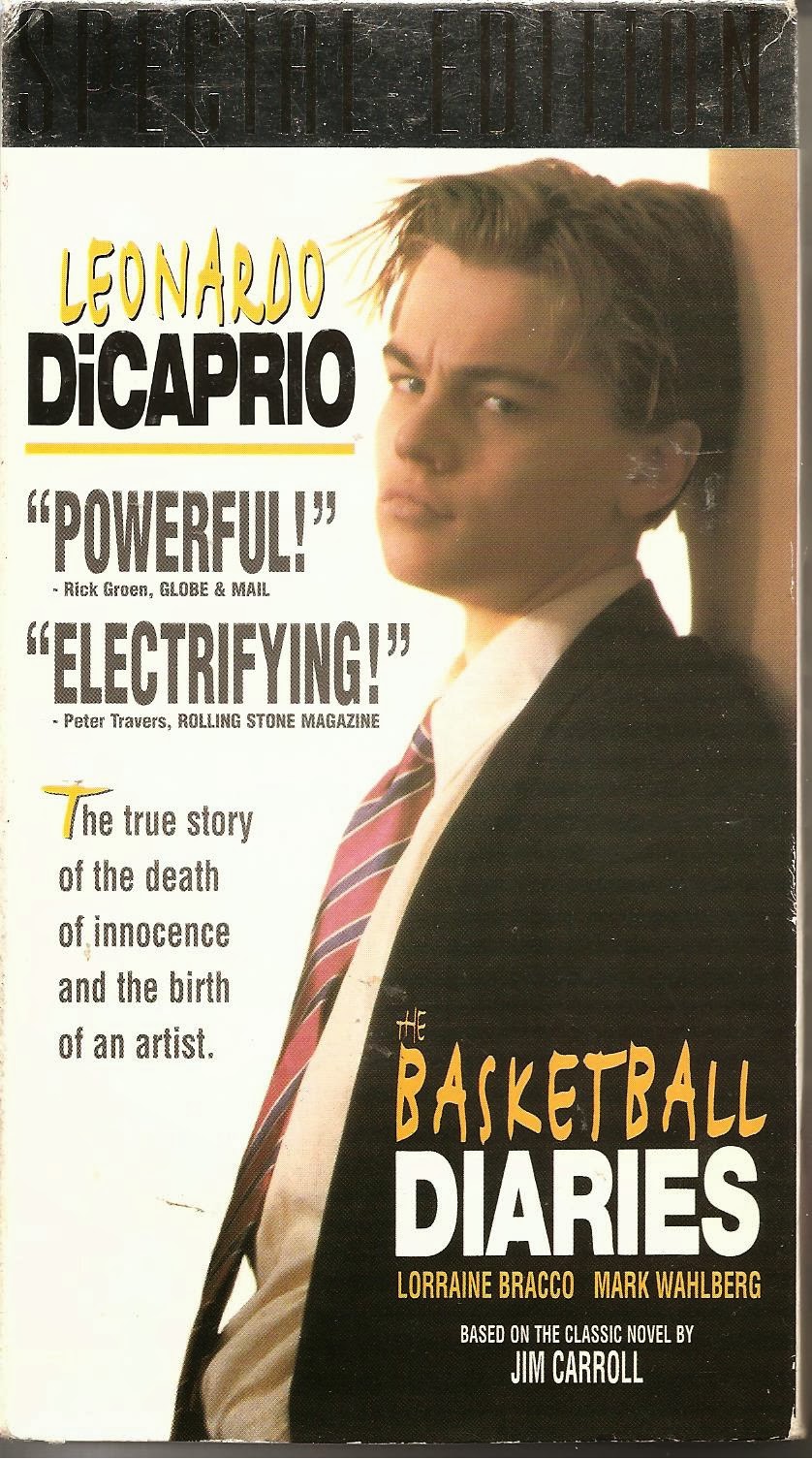 
Hmm...this would have been perfect for my salute to Addiction movies in 2011.


Synopsis: It’s like that very special episode of Welcome Back Kotter when Vinnie, Epstein, Washington and Horshack snort heroin, prostitute themselves, steal a car, beat up and rob an old lady, throw a drug dealer off the roof of a building, and resist sexual advances from the basketball coach.


Blurb From the VHS Jacket: “Provocative and gripping. The Basketball Diaries is based on a raw, from-the-gut autobiography  that chronicles Jim Carroll’s (Leonardo DiCaprio) adolescent years as a Catholic high school basketball star. His stark and exhilarating experiences with drugs, crime, sex and violence offer a vividly authentic account of a rebellious teenager growing up in New York.”


What Did I Learn?: If all of your drugs are mixed together in a single Ziploc bag and you can’t tell the uppers from the downers, it might be a good idea to start over with a fresh supply.


Rating: The Basketball Diaries is an edgy, and highly disturbing look at the downward spiral of heroin addiction. The film features a number of good performances, including Lorraine Bracco and Mark Wahlberg, but DiCaprio does a superb job of portraying Jim, a troubled addict who can transform from innocent little boy to scary street thug on a dime. The Basketball Diaries is a very good film, but it becomes increasingly difficult to sympathize with Jim by the end. 8.5/10 stars.