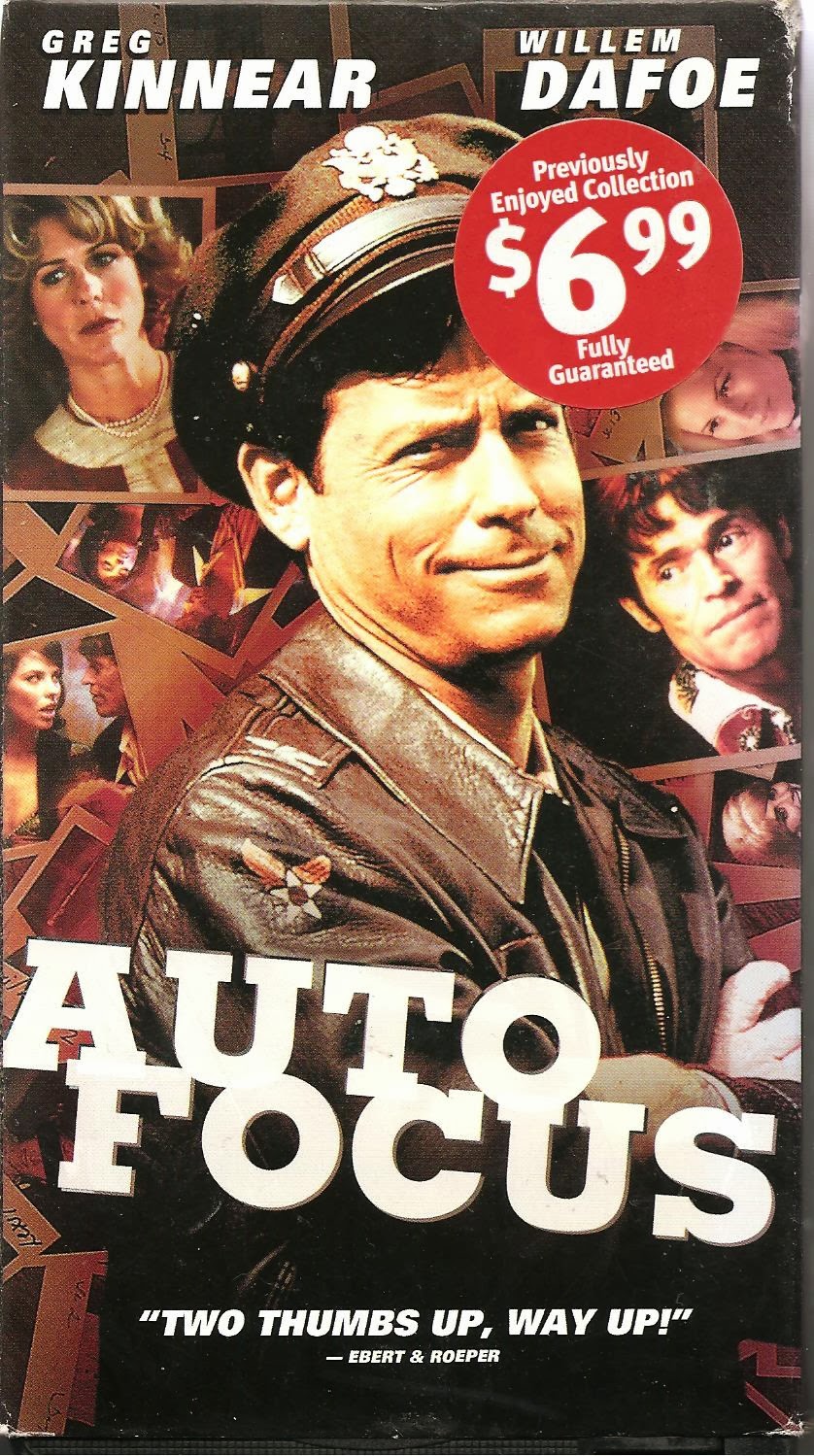 
Blurb From the VHS Jacket: “Bob Crane (Greg Kinnear) became well known as the star of the hit comedy series ‘Hogan’s Heroes.’ With an abundance of fame, wealth, and success, Crane drove headfirst into the darker, destructive side of the celebrity lifestyle. He eventually teamed up with a video technician (Willem Dafoe) who helped him to systematically document his copious sexploits with beautiful young women.”


What Did I Learn?: According to shallow, self-absorbed perverts, a day without sex is a day wasted.


Really?: Auto Focus is based on the real-life story of Crane, so it might not be entirely fair for me to judge it on this basis. Still, I guess I’m shocked that a guy who banked on his natural likeability wouldn’t take a hint from his agent and countless others about the reputation he was developing, and its impact upon his career. At the very least, you would think he might keep his sexcapades on the down-low, and keep the photos and home videos well-hidden.


Rating: I’m a bit perplexed about why Roger Ebert and Richard Roeper gave Auto Focus “two thumbs up, way up!” as a review. Sure, it’s a competently made biopic (although the surreal moment when Crane somehow steps into a scene from Hogan’s Heroes is just plain weird, and doesn’t fit the rest of the film) and Kinnear delivers a masterful performance as Crane, but I kept asking myself: “why do I give a shit?” Crane was basically a self-destructive sleaze without any depth or self-understanding, and after awhile, Auto Focus gets a bit tedious. 6/10 stars.