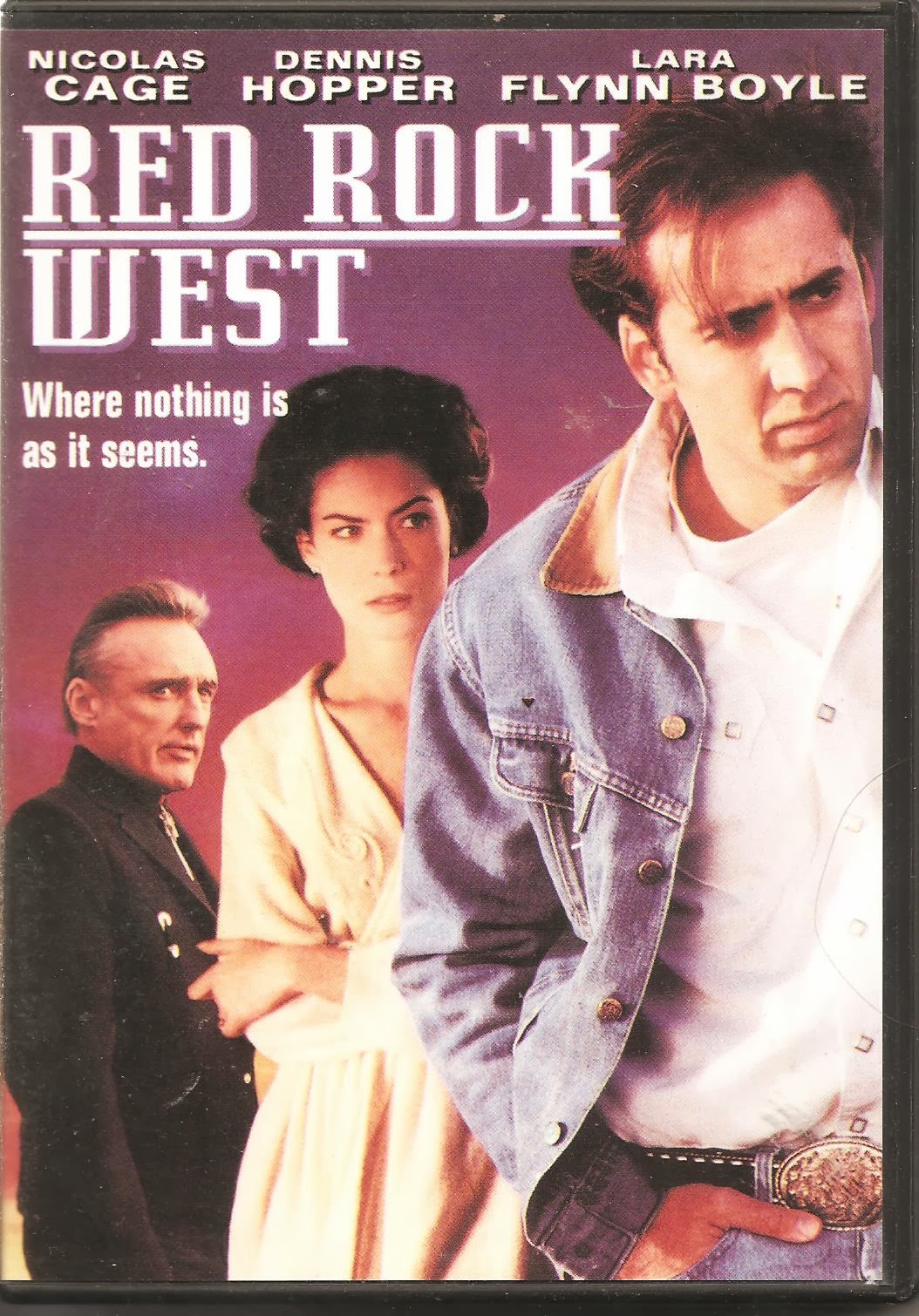 Dang - this would have been perfect for my salute to Nicolas Cage movies back in March!


Blurb From the DVD Jacket: “The quirkiest thriller since Blood Simple, RED ROCK WEST stars Nicholas Cage, Dennis Hopper and Lara Flynn Boyle in an offbeat mystery about an average guy who is mistaken for a professional hit-man.” [Hmm... interesting how the marketing team misspelled Cage's first name. It's "Nicolas", not "Nicholas"]


What Did I Learn?: 1) It isn’t lucky to pee on the toilet seat, even if somebody else has already done so. 2) Getting married does strange things to people.


You Might Like This Movie If: You want to discover why Nicolas Cage would make a shitty diplomat.


Really?: You know, it seems as though Michael (Cage) has any number of opportunities to leave Red Rock West, and... he keeps coming back. At the very least, couldn’t he have dumped the farmhand off outside the hospital and then taken off? Wouldn’t anyone know that if you leave a man at the hospital and tell the orderlies that you hit him with your car, that they’re going to call the cops?


Rating: Red Rock West is the story of a strangely honest drifter who arrives in a small, Western town and discovers more twists than a Chubby Checker concert! It’s a bit contrived at times, but Red Rock West is a fun, action-packed thriller that’s good for an evening’s entertainment. 8/10 stars.