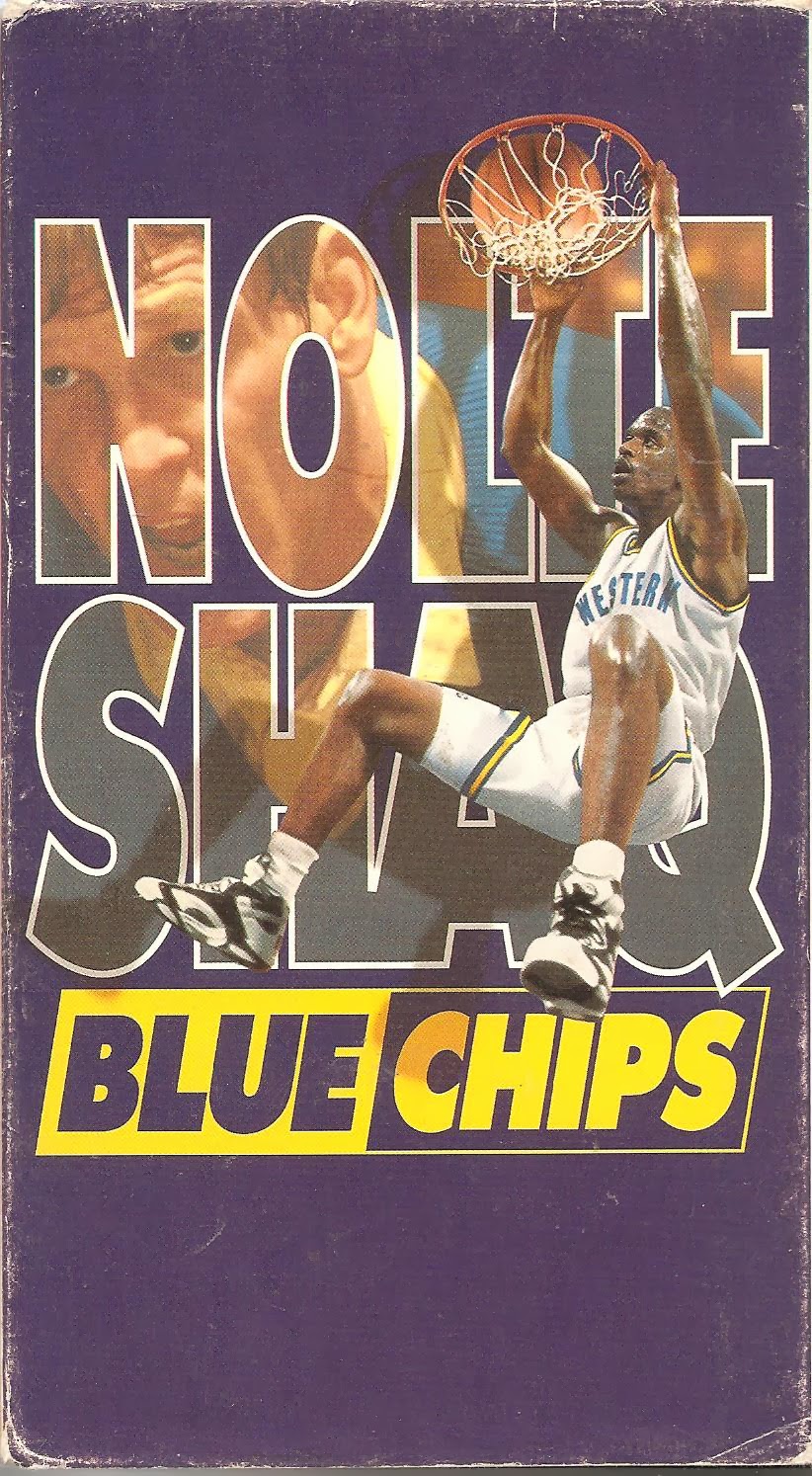 
Synopsis: Have you ever wanted to see The Program remade with basketball instead of football driving the action? If so, this is your movie.


Blurb From the VHS Jacket: “Championship winning coach Pete Bell (Nick Nolte) runs the cleanest program in collegiate basketball. But when he finds himself on the brink of his first losing season, Bell decides he must make a risky trade to protect his job: under-the-table dollars for talent.”


What Did I Learn?: In rural Indiana, First Baptists don’t think much of those Southern Baptists.


You Might Like This Movie If: You believe Shaquille O’Neal is a genius who can do anything. [Wait - did Shaq simply stand in front a blue screen to film this video?]


Really?: 1) So wait – Bell has the three new guys arrive at a team practice dressed in their street clothes, and they completely annihilate the current team. Gee, I’m sure that would do wonders for morale. 2) Maybe I can suspend my sense of disbelief about Shaq being some sort of intellectual diamond-in-the-rough who simply needs to read the right books, but gee – one would think that a middle-aged man with debts and responsibilities wouldn’t simply throw his career away at the end of a big game. One would think Bell would reconcile himself to the fact that college basketball is a dirty biz, he made a choice to live and work in that world, and he’s stuck. 3) Gee, doesn’t Happy (J.T. Walsh, once again playing the villain), the team’s alumni booster, have a valid point when he says the schools “owe these kids”, considering they make a zillion dollars from basketball?


Rating: Blue Chips is an entertaining, but quickly forgettable look at the sleazy world of college basketball. Most of the film centers around Nolte – he’s either coaching, recruiting, bullshitting the parents or his ex-wife, breaking the rules, or feeling guilty about it; while Shaquille O’Neal is front-and-center in the marketing materials, including the VHS jacket, he doesn’t have that much screen time, and oh – his character isn’t greedy like the others. Blue Chips could have been a better film with fewer cameos from sports celebrities, a bit more subtlety and a re-written ending. 6.5/10 stars.