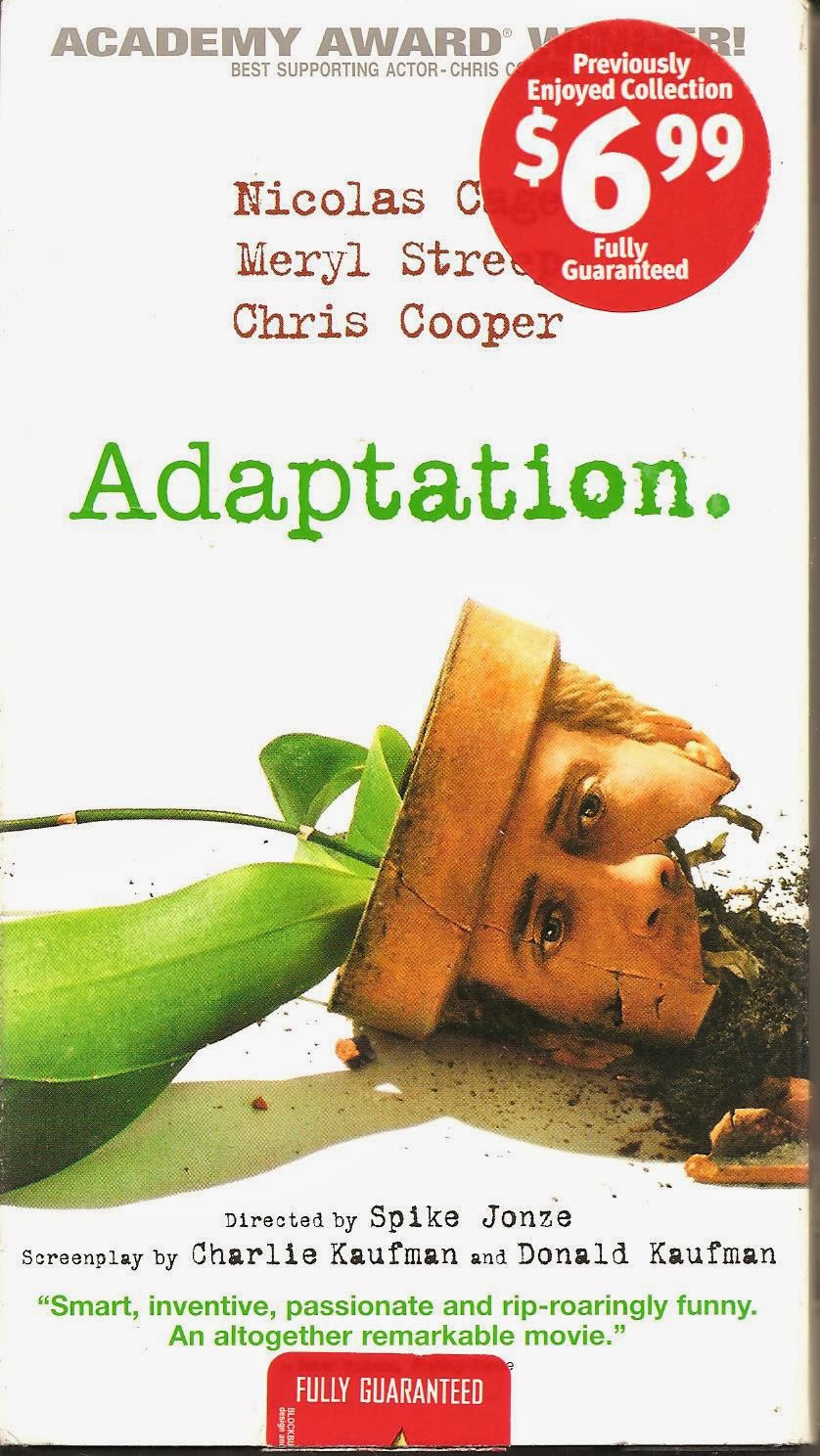 This film also would have been perfect for my salute to Nicolas Cage films last March – it’s one of his finest performances.


Synopsis: It’s a movie about orchids... and writing... and rolling around in a Florida swamp... and... well, it really defies description.


What Did I Learn?: Lemme see....aside from learning a whole lot of stuff about orchids: 1) You are what you love, not what loves you, 2) Flowers for Algernon is not about flowers, 3) Adaptation is a profound process, 4) The last act makes a film, 5) Sometimes bad things happen and darkness descends, 6) Change is not a choice, and 7) The only idea more overused than serial killers is multiple personality.


Really?: Adaptation is based on a bizarre script that somehow imagines a trendy, upper-middle class New Yorker journalist as a drug-snorting killer, so maybe it’s unfair to judge it on this basis. Still, I had a bit of trouble believing a veteran screenwriter like Charlie wouldn’t have a healthy respect for deadlines, and wouldn’t produce something for his agent, even if it wasn’t that great.


Rating: Without a doubt, Adaptation is not only one of the weirdest, but also one of the smartest and most compelling movies I’ve ever seen – its creativity brings to mind Waking Life, even though the two are very different films. Highly recommended. 10/10 stars.