The Duchess and the Dirtwater Fox (1976) 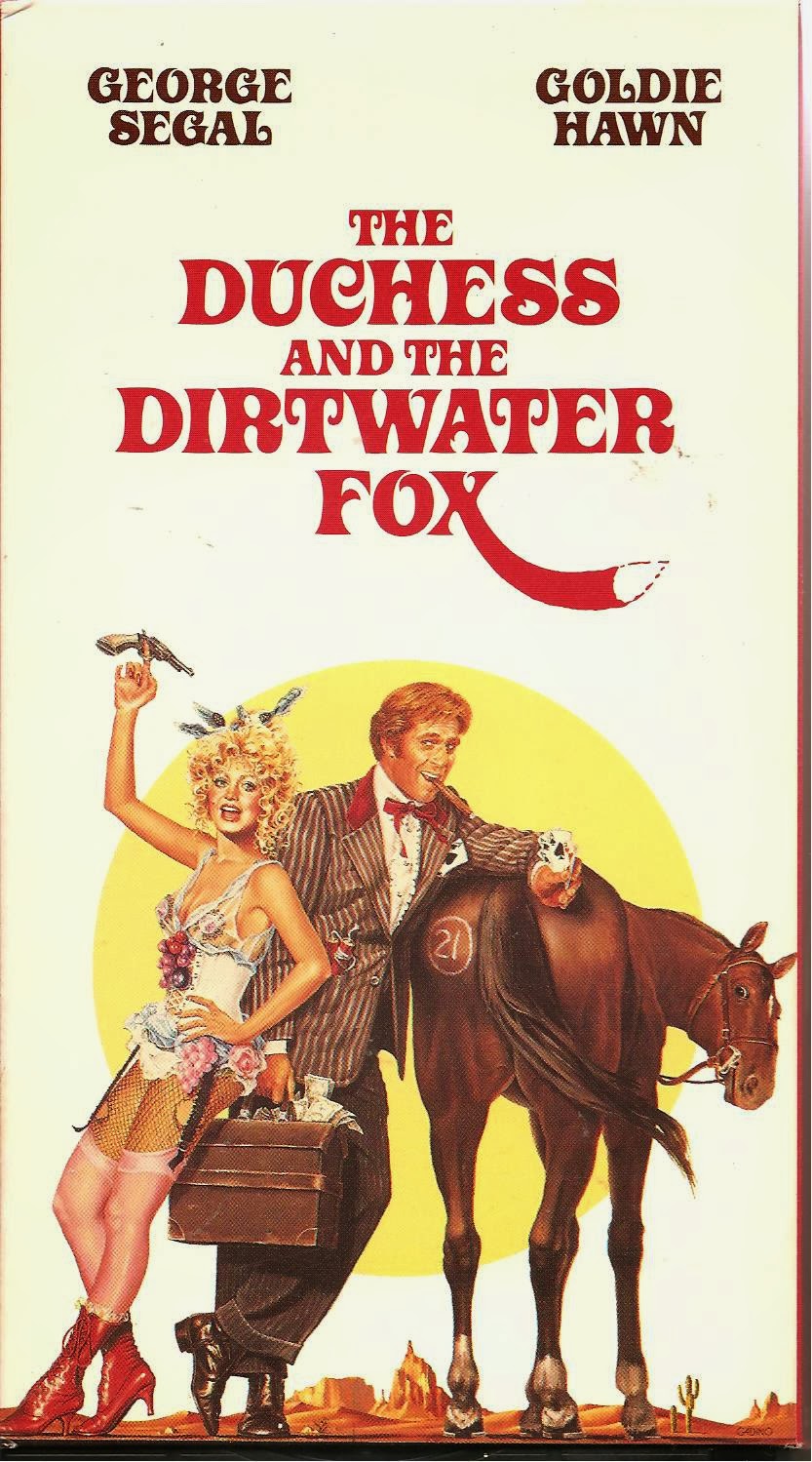 Synopsis: Hmm... charming card-sharp travels across the Old West with beautiful-yet-scheming dame who keeps stealing his dough.... oh my God, it’s a low-rent version of Maverick!


Blurb From the VHS Jacket: “Goldie Hawn and George Segal star in this rough and tumble comedy that bounces from San Francisco’s Barbary Coast to the wilderness of Utah.”


What Did I Learn?: If you have $40,000 in cash sitting in your hotel room, you might want to keep your eyes on it at all times, especially if you bring a prostitute in for a nightcap.


Really?: The Duchess and the Dirtwater Fox isn’t meant to be taken all that seriously, so maybe I can overlook Dirtwater and his horse surviving several gunshots, and a few other scenes, but still: 1) how many times do we have to hear that awful “don’t touch my plums” song? 2) I had a hard time believing Dirtwater could keep getting away with cheating at poker when he has a bad habit of dropping cards, and 3) somehow, we’re supposed to believe that Goldie’s character really, really, really wants to become the seventh wife of a strict-but-wealthy Mormon tycoon? Come on...


Rating: Like McClintock!, The Ballad of Cable Hogue, Support Your Local Sheriff, Buffalo Bill and the Indians or Sitting Bull's History Lesson, the aforementioned Maverick, and a number of other movies, The Duchess and the Dirtwater Fox is an example of a rare, and probably extinct breed of movie: a Western Comedy. Unfortunately, Duchess-and-Dirtwater doesn’t work as either genre, and it’s pretty bad, overall.


Sure, there are some beautiful location scenes, and both Segal and Hawn do their best with the script, yet there’s no really no chemistry between them (their lovable horse, Blackjack, often steals the movie), their characters aren’t terribly likeable, the jokes mostly fall flat, and the ending is quite lacklustre. I cannot recommend this movie. 4.5/10 stars.


Would It Work For a Bad Movie Night?: Take a drink every time Goldie badly fakes a foreign accent.