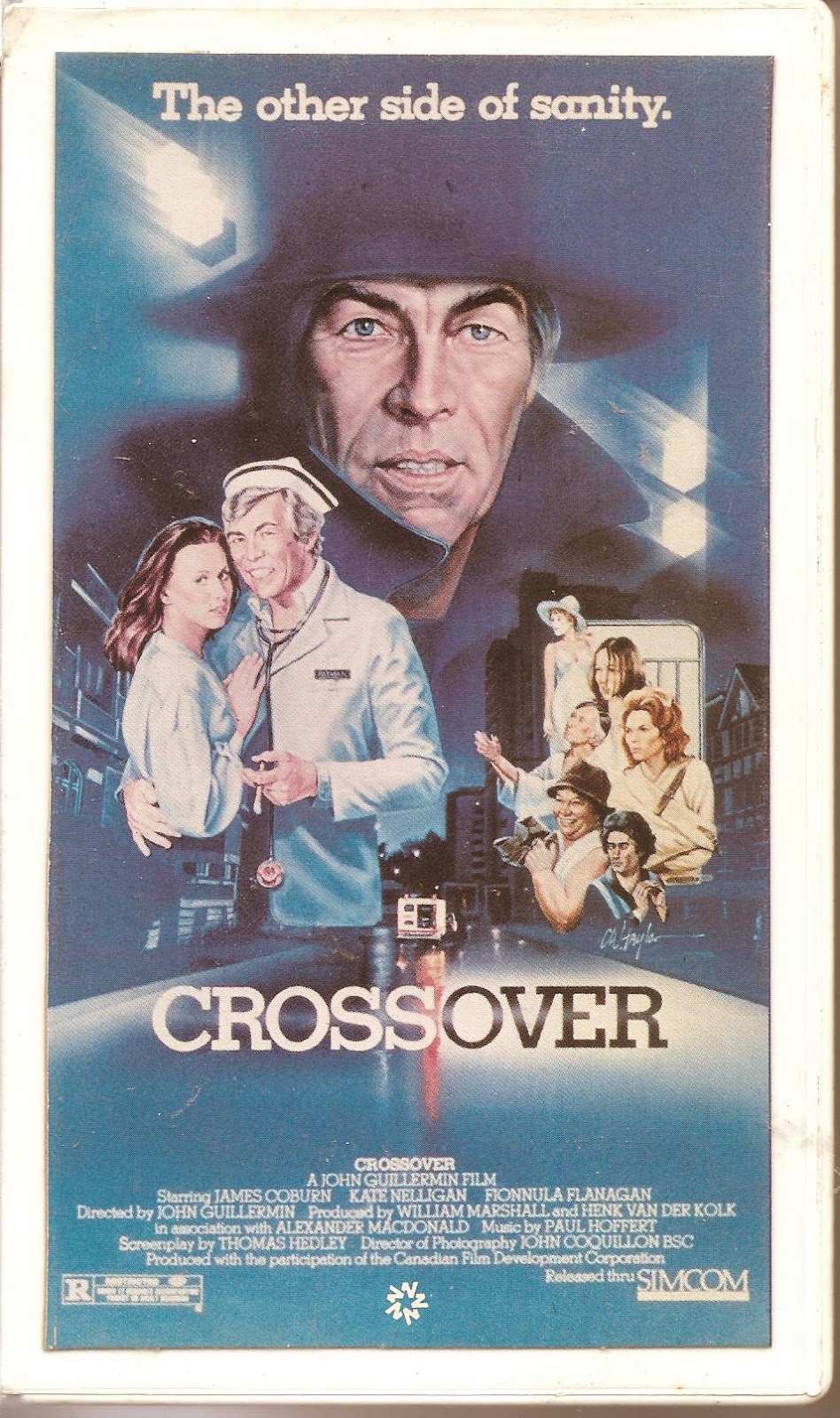 
Blurb From the VHS Jacket: “Crossover is a film about love and lust, life and death, sanity and madness. James Coburn (The Great Escape, Midway) stars as John Patman, and extraordinary male nurse who works the late shift in a psychiatric ward of a modern hospital.”


What Did I Learn?: Apparently, BMWs are “shitboxes” that can’t take a Vancouver winter.


Really?: 1) So wait – Patman delivers an electro-shock to one of the doctors, and he isn’t immediately fired and criminally charged? 2) I had a hard time believing Patman’s landlady would become jealous of his relationship with Nurse Peabody (Kate Nelligan) when she’s a married woman. 3) So... he’s nuts? That’s it? What was that jazz about another patient years earlier, and the case of mistaken identity in the morgue? What the fuck was that all about?


Rating: I really wanted to like Crossover (also known as Mr. Patman) a lot more than I did. The film has a wonderfully creepy atmosphere, and both Coburn and Nelligan do their best with the material, but alas – the script doesn’t make a lot of sense, the dialogue is uninspired, and I just didn’t buy the premise of the story: Patman seems a little too well-adjusted to simply snap. 6/10 stars.