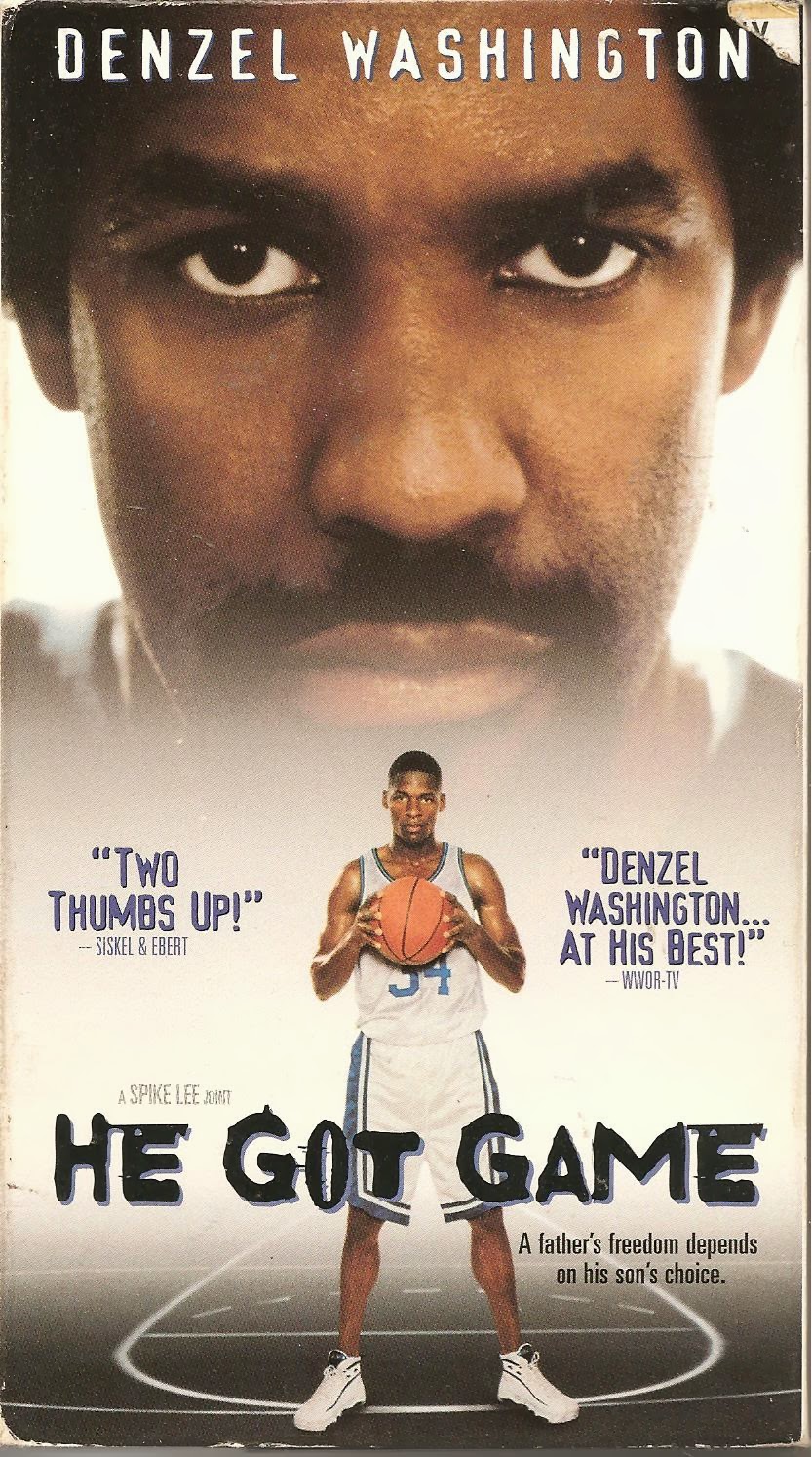 
Synopsis: Hmm... killer gets out of the slammer and attempts to re-connect with underprivileged teenaged son who hates his guts. It’s basically South Central meets Hoop Dreams.


Blurb From the VHS Jacket: “With promises of a reduced sentence, Jake Shuttlesworth (Denzel Washington) is granted temporary release from state prison in order to persuade the nation’s top college basketball recruit... his estranged son Jesus (Ray Allen of the NBA’s Milwaukee Bucks)... to play ball for the Governor’s alma mater!”


What Did I Learn?: If you name your son “Jesus”, and it isn’t pronounced “Hey Zeus”, there’s a pretty good chance he’s going to get teased about it in school.


Really?: So wait – Jesus winds up going to the Governor’s alma mater, and the Gov nevertheless reneges on his deal with Jake? Um... considering Jesus Shuttlesworth is supposedly the coolest guy on the planet, what happens if he raises a stink about the betrayal of his old man? Jesus and Jake have nothing to lose by going public.


Rating: I’m not a big Spike Lee fan (although Clockers was quite good), so it’s no surprise that He Got Game left me somewhat cold. It is beautifully filmed, and Denzel Washington gives a magnificent performance as a deeply troubled man who is attempting to put his life back together, but the film has several problems: 1) the sub-plot involving Milla Jovovich as a hooker-with-a-heart-of-gold seems tacked-on and somewhat pointless, 2) the storyline seems to veer uneasily between a sneering satire of college basketball recruitment (mostly when Washington is off-screen) and the melodrama of Jake attempting to rebuild his family ties, and 3) Ray Allen just can’t act. Some of the scenes of Allen interacting with talented actors like Washington or Rosario Dawson are just painful. 5.5/10 stars.