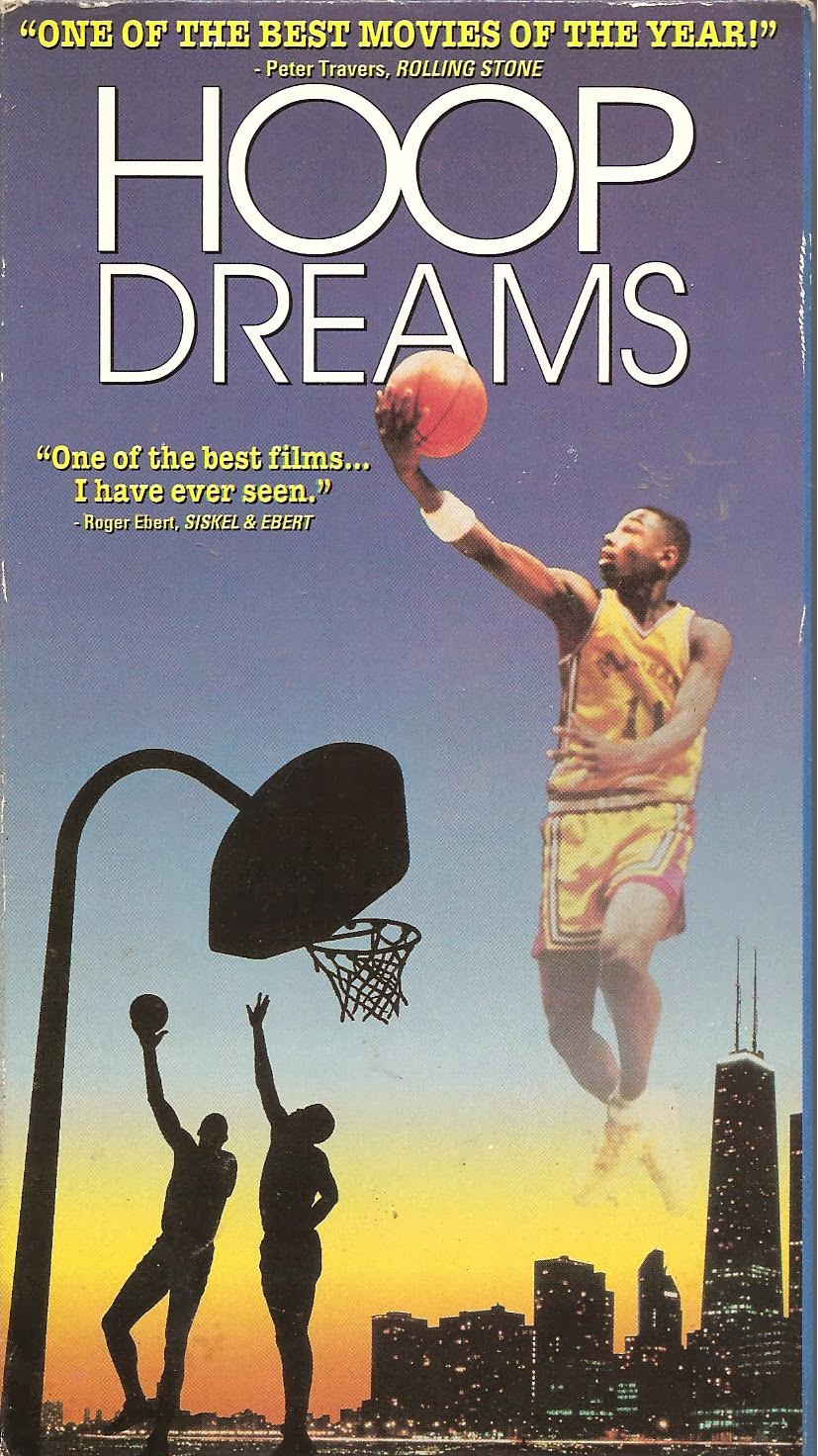 
Blurb From the VHS Jacket: “They have nothing – except talent and a dream – and in this tough Chicago neighbourhood, dreams are all they can count on HOOP DREAMS is the critically acclaimed true-life story of Arthur Agree and William Gates and the unforgettable five year experience that turns them into men.”


What Did I Learn?: I really hate to sound like an academic snob, but Mineral Area College in Park Hills, Missouri sure looked like a dump in the early 1990s.


You Might Like This Movie If: you want to see a plucky 16-year old play some basketball.


Really?: Hoops Dreams is a documentary, so it’s hard to critique this film’s credibility. I’ll just say that I’m shocked that an upper-middle class Catholic high school wouldn’t forgive the unpaid tuition debts the Agee family obviously can’t afford (especially since their lives are being filmed, and this could lead to a lot of bad PR), or that a coach at the school would simply respond “write ‘em off” whenever one of the players spoke about his family troubles.


Rating: The late Roger Ebert called Hoop Dreams one of the best movies he had ever seen. I wouldn’t go quite that far, but it is very good. Although Hoop Dreams is three hours in length, it never seems to drag because the people onscreen are compelling and all-too-real. And even if you don’t like basketball, this movie provides an honest, non-sensationalized look at life in inner city black America. It’s also an opportunity to step back into the relatively recent past: the famous Cabrini Green housing project, where William Gates grew up, was torn down shortly after Hoop Dreams was released. Highly recommended. 9/10 stars.