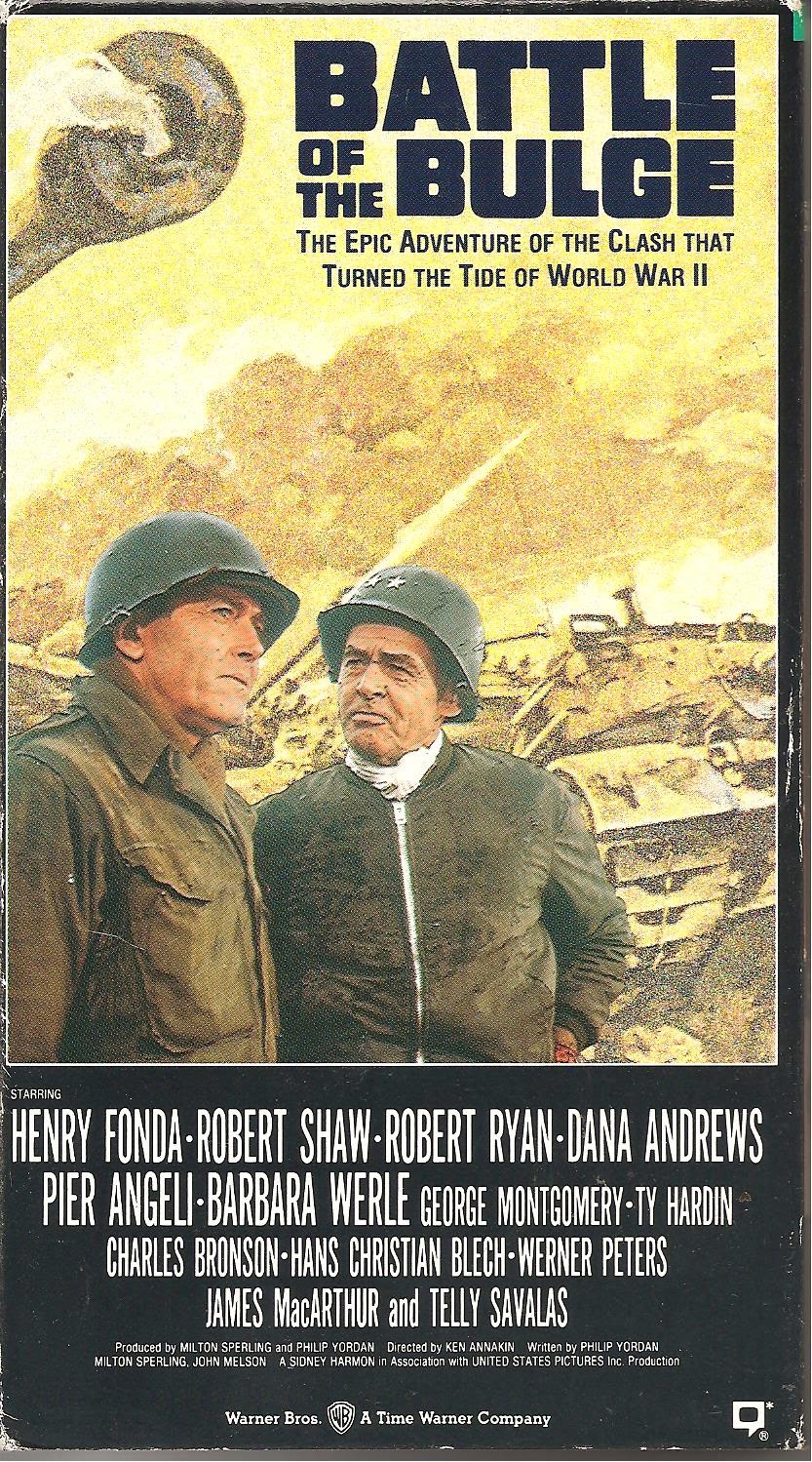 Blurb From the VHS Jacket: “It’s five months after D-Day and most Americans think the back of the German army is broken. ‘We’ll be home for Christmas,’ they tell each other. But the Germans have other plans.”

What Did I Learn?: Apparently, the Battle of the Ardennes Forest wasn’t beaten back by Patton and Montgomery’s forces at all – the German tanks simply ran out of gas, and the crews walked home to Germany.

Really?: Oh wow…apparently, this movie had so many historical inaccuracies that former US President (and former Supreme Allied Commander) Eisenhower publicly slammed it. I can certainly overlook the use of 1950s-era tanks, but holy crap – this movie takes place in a forest, during a brutal snowstorm in 1944, but a lot of the tank scenes were shot in arid, quasi-desert conditions where they would have been sitting ducks for Allied planes.  Oh, and see: “Synopsis” and “What Did I Learn?”
Rating: Battle of the Bulge isn’t bad for an evening’s entertainment, but it’s not a great movie by a long shot. Leaving aside the “Really?” moments (and they start to pile up, believe me…), Battle of the Bulge sometimes seems like two different movies strung together: the first half historical drama, the second a 1970s disaster film, complete with a neat little solution. The best example is Robert Shaw’s character: in the first act, he’s a cynical, and world-weary German officer who nevertheless wants to do his duty, and yet by the end he’s a war-mongering nut. 5.5/10 stars.