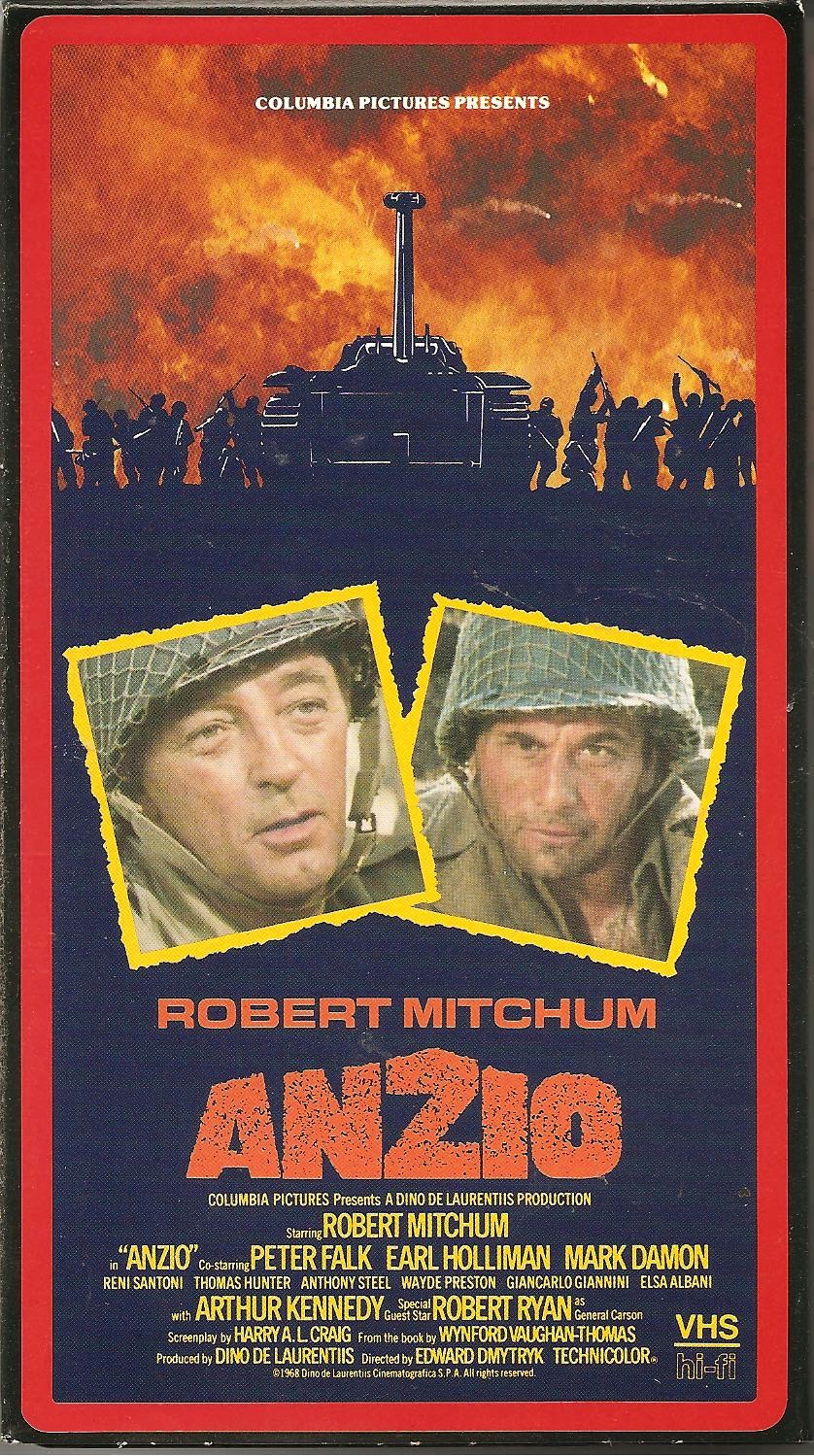 Blurb From the VHS Jacket: “Screen greats Robert Mitchum, Peter Falk and Arthur Kennedy star in this riveting war drama ANZIO, a vivid portrait of one of the bloodiest WWII battles ever fought. After landing with Allied troops at Anzio, Italy in 1944, war correspondent Dick Ennis (Mitchum) and buddy Corporal Rabinoff (Falk) tell Anzio commander General Lesly (Kennedy) that the road to Rome is wide open. But instead of heading to Rome, Lesley attempts to build a coastal stronghold, only to discover that the Germans have outflanked them by enclosing the Anzio beachhead.” [Yes, there’s a typo on the VHS jacket blurb – “Lesley” is actually misspelled as “Lesly”]

What Did I Learn?: Apparently, it’s possible to instantly charm any Italian woman by starting a sing-a-long of “Bye, Bye Blackbird” and inserting the word “ciao.”

You Might Like This Movie If: You're convinced that booze made Robert Mitchum a much better performer.
Really?: You know, for a hot-shot war reporter, it’s funny how Dick Ennis never writes anything down – even when he’s granted an exclusive interview with the general, or when he goes behind the enemy barbed wire to check out the Caesar Line.

Rating: I wouldn’t classify Anzio as a bad movie – it’s fine for an evening’s entertainment - but it comes perilously close for a number of reasons (see: “Synopsis”). Mitchum’s performance is flat, the script isn’t great, the entire latter half of the movie consists of forgettable action scenes, and I still have no idea why the film opens with Jack Jones' completely inappropriate “The World is Yours". Still, I liked Peter Falk as the charming-but-world weary Corporal Rabinoff. 5.5/10 stars.