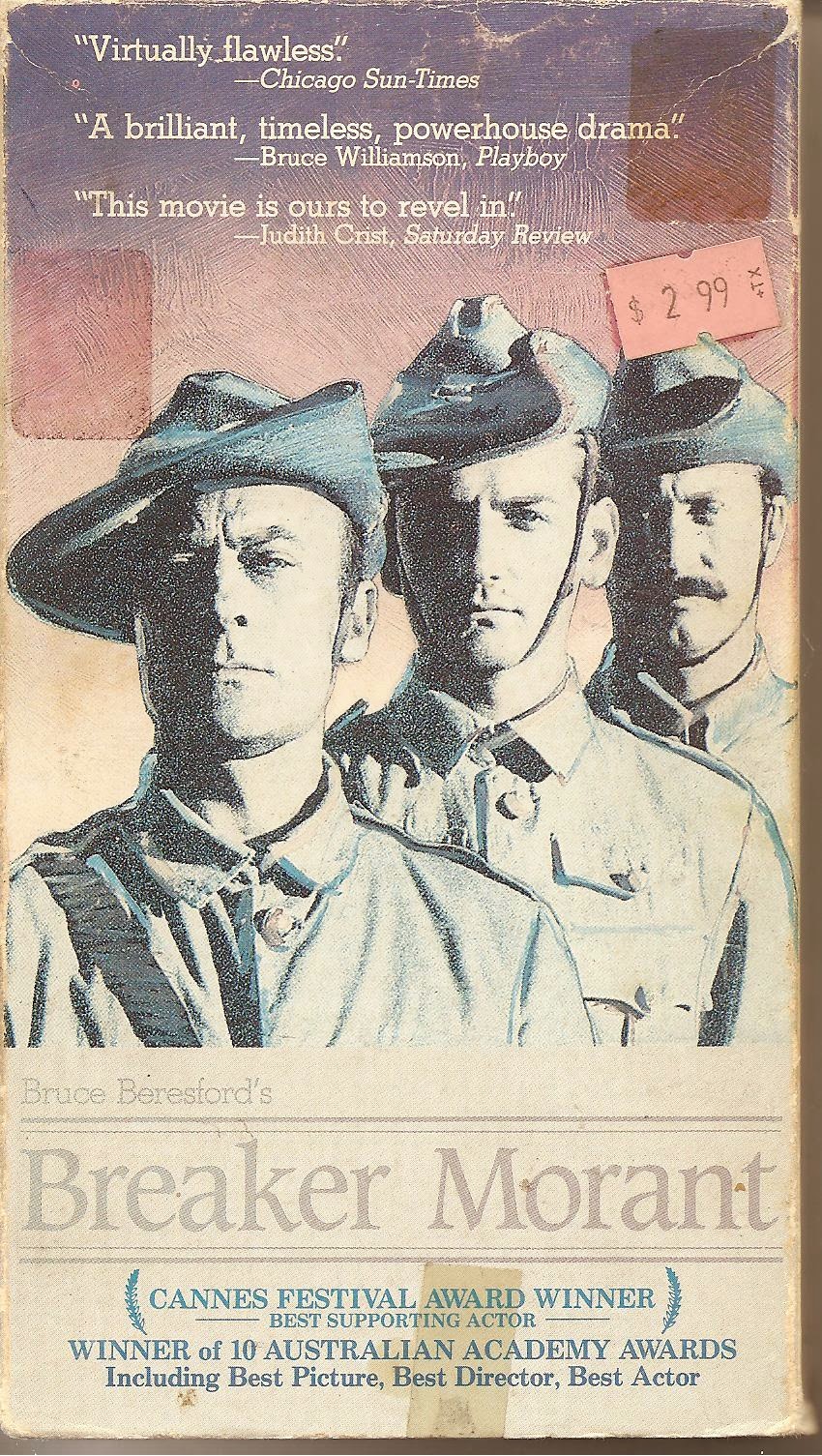 Blurb From the VHS Jacket: “Based on a true story, this epic marks one of the darkest moments in British history. To suit the political plans of their government, three soldiers are tried on trumped up murder charges.”

What Did I Learn?: If I’m ever on death row, and the guards hand me a rifle to defend the prison, I think I’ll hand it back to them and try to get some sleep.

You Might Like This Movie If: You know there's no bigger bad-ass on the planet than Edward Woodward.
Really?: 1) You know, for a lawyer who just learned the facts of the case a couple of days earlier, and who has never argued a case in court before this trial, Major Thomas makes Matlock and Perry Mason look like Laurel and Hardy. 2) See: “What Did I Learn?” (I have no idea if the incident occurred or not – but if it did, that is cold!)

Rating: Breaker Morant is a powerful, and incredibly memorable character-driven anti-war movie, featuring fine performances (especially from a pre-Equalizer Woodward as the title character, and Jack Thompson as Major Thomas) and crackling dialogue. Breaker Morant is especially interesting because it’s made clear that while the three officers are getting railroaded by the top brass, they aren’t exactly angels, either. Highly recommended. 10/10 stars.