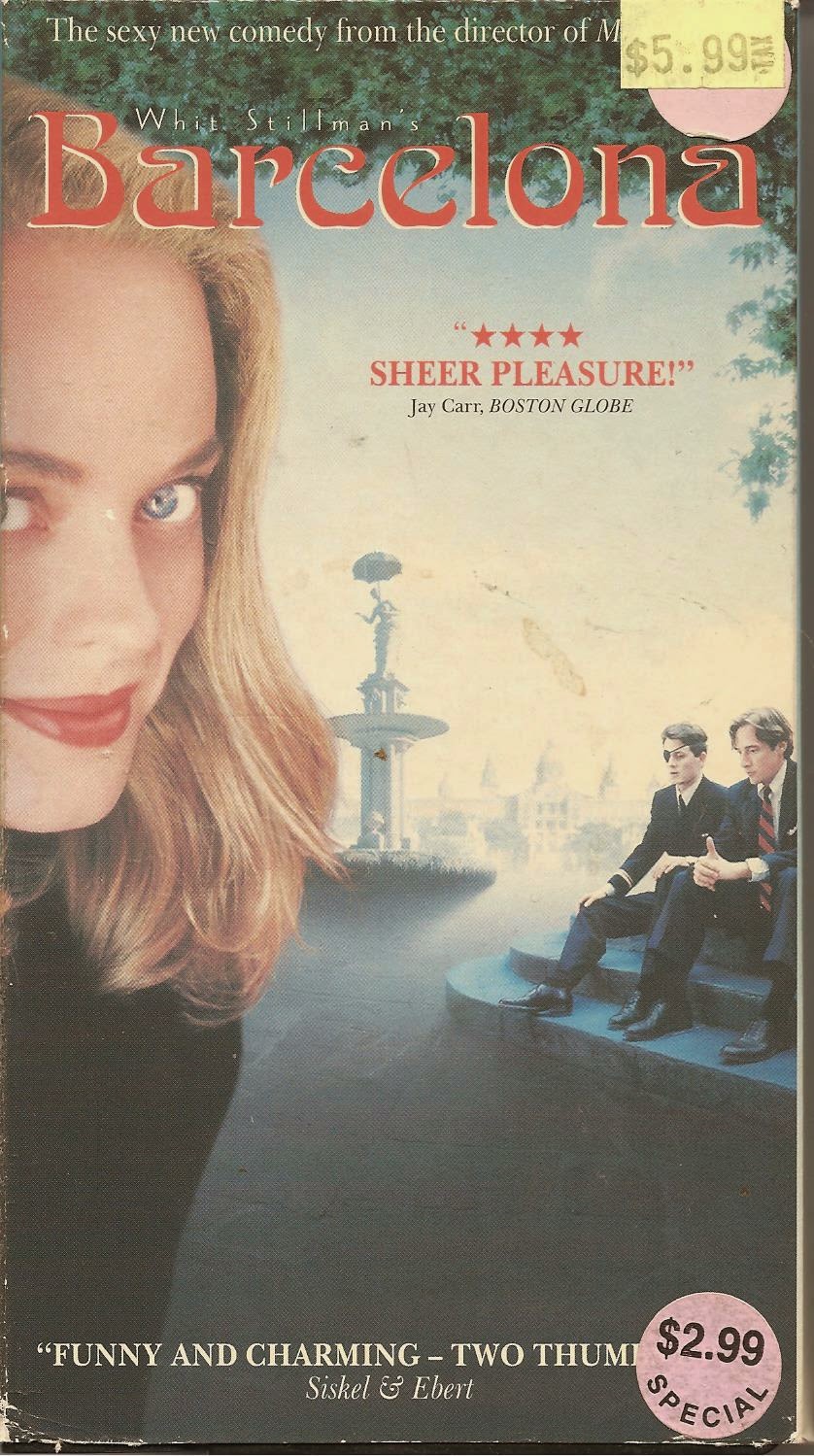 Synopsis: It was the last decade of the Cold War. Ronald Reagan was President, Max Headroom was vastly overrated, Jason Alexander was really excited about the McDLT, and it was apparently really easy to get laid in Spain.

Blurb From the VHS Jacket: “When two young Americans hit the sexiest city in the world, the possibilities – and beautiful girls are endless. But without warning, international intrigue interrupts the pair’s romantic pursuit… and what follows is a dangerously sexy comedy that explores life, liberty and the labours of love.”

What Did I Learn?: There’s no such thing as the “AFL-CIA,” hamburgers are terrible in Spain, and it’s well-known that anti-Americanism has its roots in sexual impotence, at least in Europe.

You Might Like This Movie If: You figure it must be a full-length version of this. [Funny how everyone in the film dresses a whole lot better than the folks in this collection of home movies - I guess that's Hollywood for you]
Really?: 1) Wow…I’m still not sure what to think of that scene where Ted reads the Bible while dancing solo in his apartment to Pennsylvania 6-5000. 2) Hmm… the two main characters are male cousins somewhere in their mid-20s-to-early-30s, and yet they never discuss sports, music, pop culture, or even other members of their family.

Rating: I’m not a huge Whit Stillman fan, although I certainly respect his work. Barcelona is a clever, well-written, and sort-of amusing comedy that manages to poke fun at left-wing anti-Americanism as it tells the story of a couple of likeable Americans trying to find love in 1980s Spain. My only complaint – and it is a big one – is that the dialogue sounds entirely “written,” and it often seems quite inauthentic (see: “Really”). Still – Barcelona is definitely worth checking out if you haven’t already seen it. 8/10 stars.