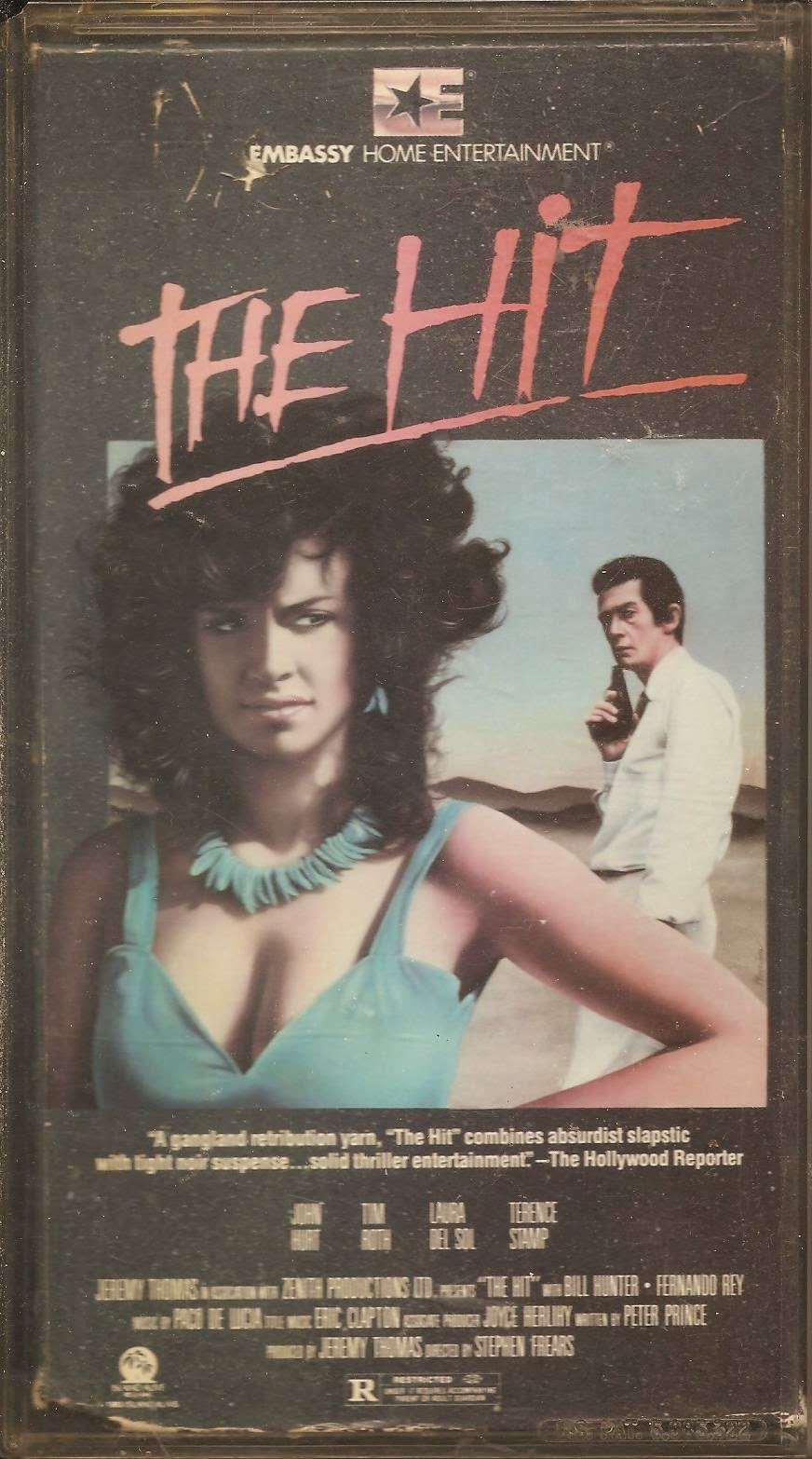 
Synopsis: Life of former gangster living in Spain is turned upside-down when he gets a rude reminder from his past. Oh wait – that’s the Synopsis for Sexy Beast!


Blurb From the VHS Jacket: “JOHN HURT stars as Braddock, a quiet, calculating hit man in this clever and entertaining suspense drama. Braddock must transport Willie Parker (TERENCE STAMP), a gangster-turned-informer, from Spain to Paris where Willie faces execution. Braddock is aided by Myron (TIM ROTH), his young smart-aleck assistant.”


What Did I Learn?: There’s a pretty good chance the guy who claims that “dying is as natural as breathing – why be afraid of it?” will turn into a snivelling coward when it’s his time to bite the dust.


You Might Like This Movie If: You enjoy watching Brits make a mess of things in Spain


Really?: 1) Hmm... so, how many times do Braddock and Maggie wind up wrestling with each other in the dirt? 2) Hold on – Willie has the perfect opportunity to escape and he doesn’t? Come to think of it, why would he suggest to Braddock that the Australian shouldn’t be trusted to keep his mouth shut? 3) Why do Hurt and Roth get top-billing, when Stamp is clearly the protagonist in this film? 4) So, um...what’s the point of the scene when Myron beats up the Spanish bar-patrons, and then trashes the cantina?


Rating: Beautifully filmed, and featuring a vibrant Spanish musical score, The Hit is a stylish (and sadly forgotten) little gem from the mid-1980s, and is notable for being one of Tim Roth’s earliest performances. Brimming with tension, the film has a number of great moments, but it’s marred by a mediocre Third Act, when characters stop behaving logically (see: “Really?”) and an anti-climactic ending. 8.5/10 stars.