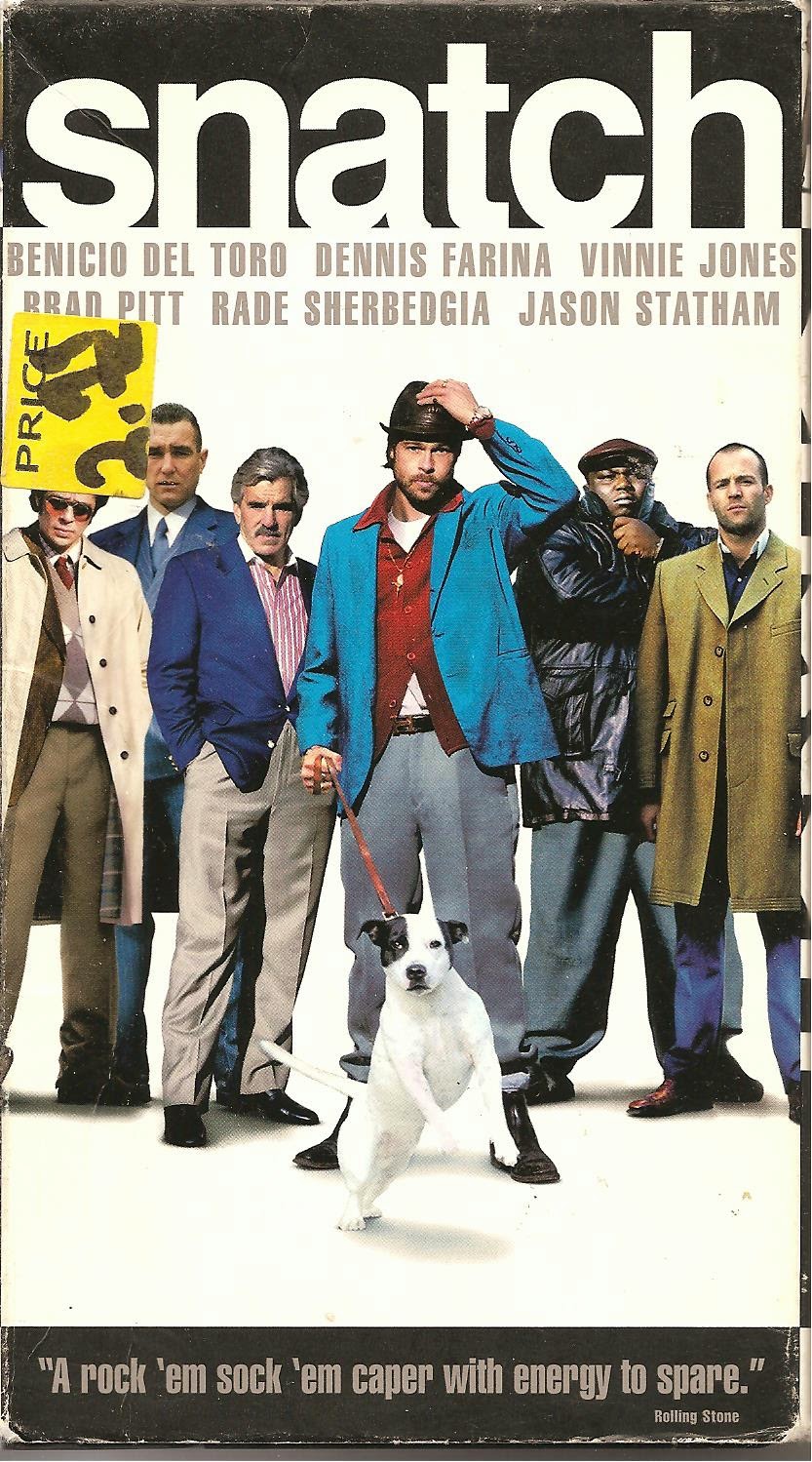 
Blurb From the VHS Jacket: “When jewel thief Franky Four Fingers (Benicio Del Toro) takes a slight detour to London on route to delivering a huge stolen diamond to his boss in New York, he unwittingly sets off an avalanche of sinister and comic events that wind their way through the rough and tumble worlds of bare-knuckle boxing, Irish gypsies, pawn shops pig farming and.... a stray dog.”


What Did I Learn?: 1) It takes at least 16 pigs to consume a human corpse in one sitting, so be careful around anyone who owns a pig farm. 2) You should never underestimate the predictability of stupidity. 3) London is known for: “fish, chips, cup 'o tea, bad food, worse weather, Mary fucking Poppins...”


Rating: Snatch is of course Michael Ritchie’s follow-up film to Lock, Stock and Two Smoking Barrels, and it even features a few actors from Lock recast in new roles. Snatch is a fun caper-comedy, but I couldn’t help myself from thinking it’s basically a rehash, this time on a grander scale (see: “Synopsis”). 8/10 stars.