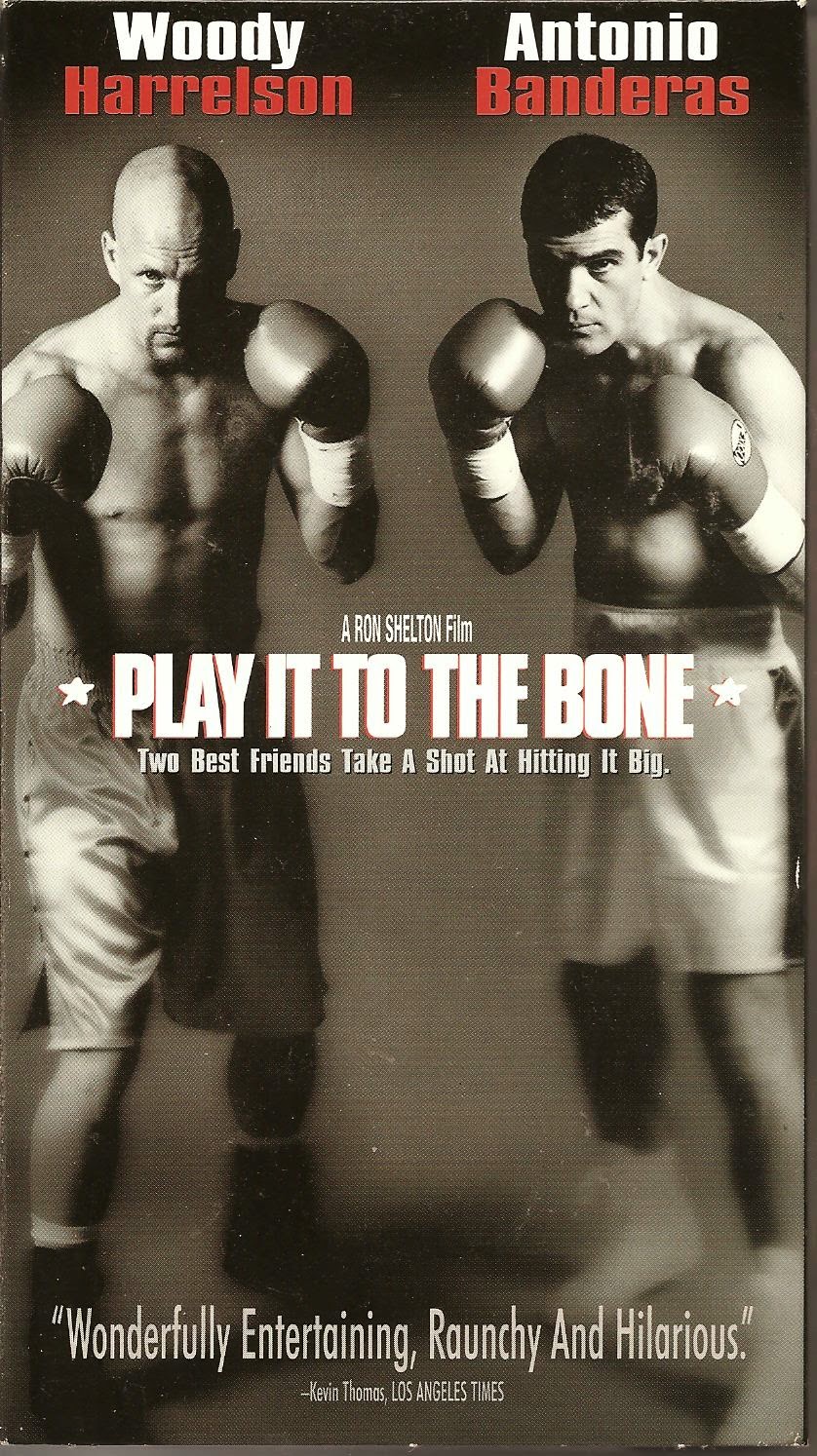 Synopsis: Dim-yet-loveable palookas drive to Vegas for a once-in-a-lifetime opportunity to um.... beat the crap out of each other?!


What Did I Learn?: If you experimented in your sexuality when you were younger, and your current best friend is a juiced-up, alpha-male prizefighter, you might want to keep that information to yourself.


Really?: 1) Wait – that’s the ending? The boys lose most of their hard-earned (or rather, hard-fought) money, while Grace (Lolita Davidovich) gets slapped around by Robert Wagner and thrown out of the casino? 2) You know – until now, I’ve never seen a boxing movie where I couldn’t really root for either pugilist.


Rating: Play it to the Bone is a forgettable, and not terribly funny buddy road comedy from the late 1990s. The film has a laugh or two, Lucy Liu has a sexy cameo appearance, and Harrelson, Banderas and Davidovich work well together, but I kept asking myself: “why do I give a shit?” The story doesn’t really go anywhere, both Vince and Cesar are a little too macho and stupid for my taste in protagonists (I kept wondering why Grace would date either of these turkeys), and by the time they fight each other, it’s hard not to think: “I hope they don’t hurt each other too badly.” Play it to the Bone isn’t quite a bad movie, but it’s close. 5.5/10 stars.