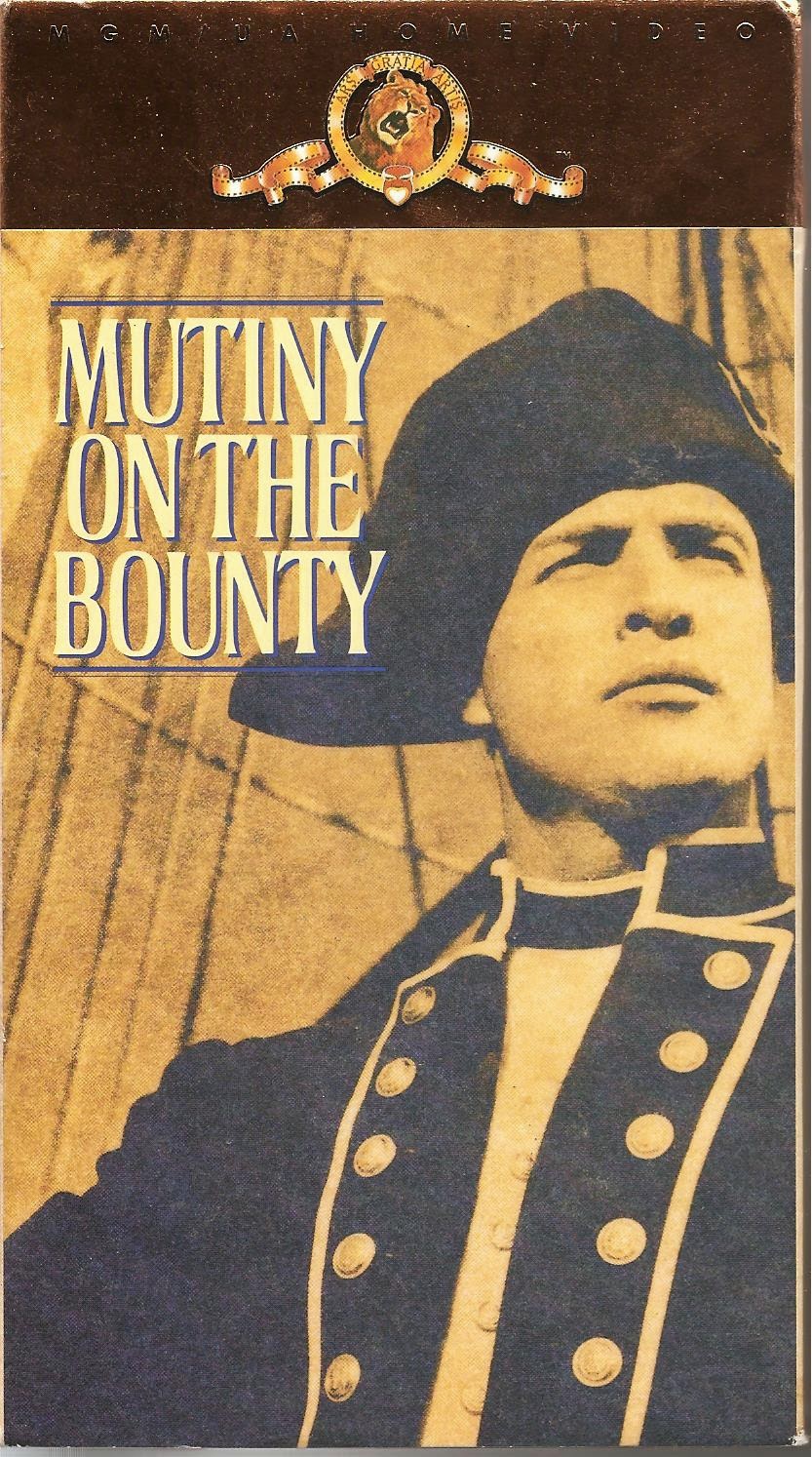 Synopsis: It’s a lot like The Bounty... except everyone wildly overacts, and the Polynesian chicks keep their breasts covered.


Blurb From the VHS Jacket: “Nominated for seven Academy Awards including Best Picture, Mutiny on the Bounty is ‘spectacular movie of grandeur and intimacy, sex and humour, cruelty and nobility.’ (The Hollywood Reporter).”


What Did I Learn?: If your new boss informs you that “cruelty with purpose is not cruelty – it’s efficiency,” start running.


Really?: 1) I realize Brando’s Fletcher Christian is a pompous aristocrat, but I had a hard time believing a new first officer would refer to his ship as a “91-foot chamber pot” during his first meeting with the vessel’s captain. 2) So wait... the entire crew faces the very real possibility of getting hanged the moment they set foot on British soil, and Christian wants to go back to England to tell his side of the story? WTF? 3) Hmm.... this film is based on a real-life incident, so it’s hard to say what’s fact and what’s fiction, but in The Bounty, a) the crew eventually mutinies because they’re afraid of travelling around the Cape, not because the captain has severely limited their water intake, and b) Bligh refuses sex with the Polynesian girls because he’s a married man, not because of “duty,” or whatever – both of these seem rather unlikely.


Rating: Mutiny on the Bounty is an interesting companion film to the 1984 Mel Gibson/Anthony Hopkins remake, although it isn’t nearly as good. Mutiny is far too long (3 hours, 6 minutes), Bligh is portrayed as a two-dimensional sadistic monster (you have to wonder why the crew didn’t mutiny from the get-go), while Christian is unlikeable fop who only reluctantly stands up to his captain. Still, Brando’s big scene, when he takes control of the ship, is electrifying and well worth watching. 7/10 stars.