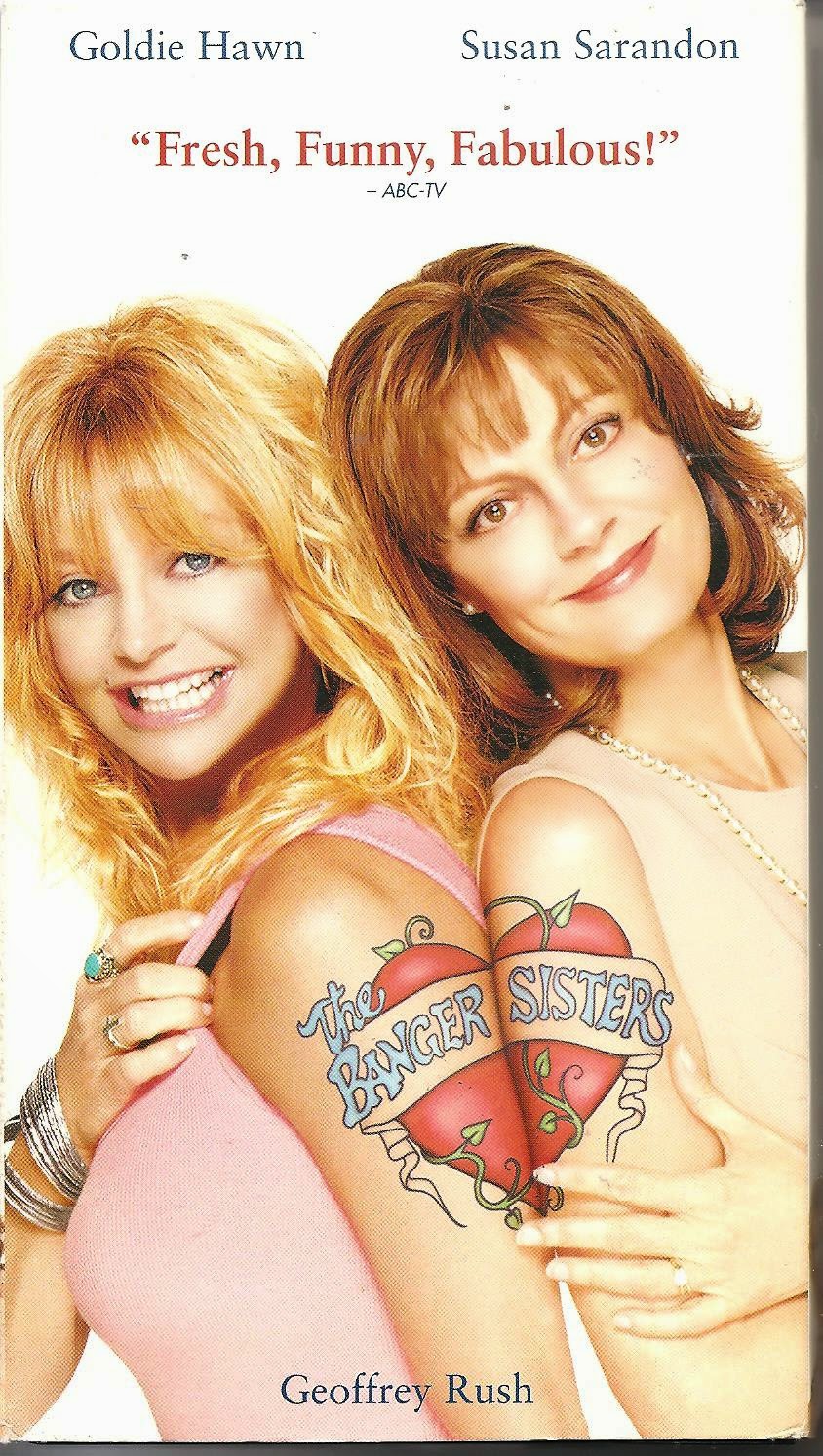 The characters in this film were LA-based groupies, so please click the link the read my review of Sunset Strip.


Blurb From the VHS Jacket: “Goldie Hawn and Susan Sarandon are The Banger Sisters – two former groupies who got it on with every late ‘60s music legend with a guitar and a Y-chromosome! Now, over two decades later, Suzette (HAWN) is still her brassy self and Lavinia (SARANDON) is a prim, proper suburban wife and mother.”


What Did I Learn?: Writers are lonely, fussy, overly-critical, self-loathing misanthropes, and... oh wait, I already knew that!


Really?: To be honest, I had a bit of trouble the entire premise of this movie. Twenty years apart is a long time, and I suspect that the friendship between Suzette and Lavinia would be long dead... Suzette wouldn’t have the *ahem* balls to approach Lavinia in the first place, and even if she did, Lavinia would probably just brush her off and keep her distance. Oh, and there’s just no way Suzette and Harry (Geoffrey Rush) would ever wind up together.


Rating: The Banger Sisters is a light-hearted/feel-good comedy with a few genuinely funny moments and a great performance by Hawn (who enjoys some nice chemistry with Sarandon and Rush). The film’s biggest problem (aside from the fact that it’s yet another take on the age-old theme of uptight, wealthy WASPs needing a free spirit to show them how to really have fun and be true to themselves) is that major characters often don’t act the way we would expect them to behave, and the plot becomes increasingly difficult to believe. 6.5/10 stars.