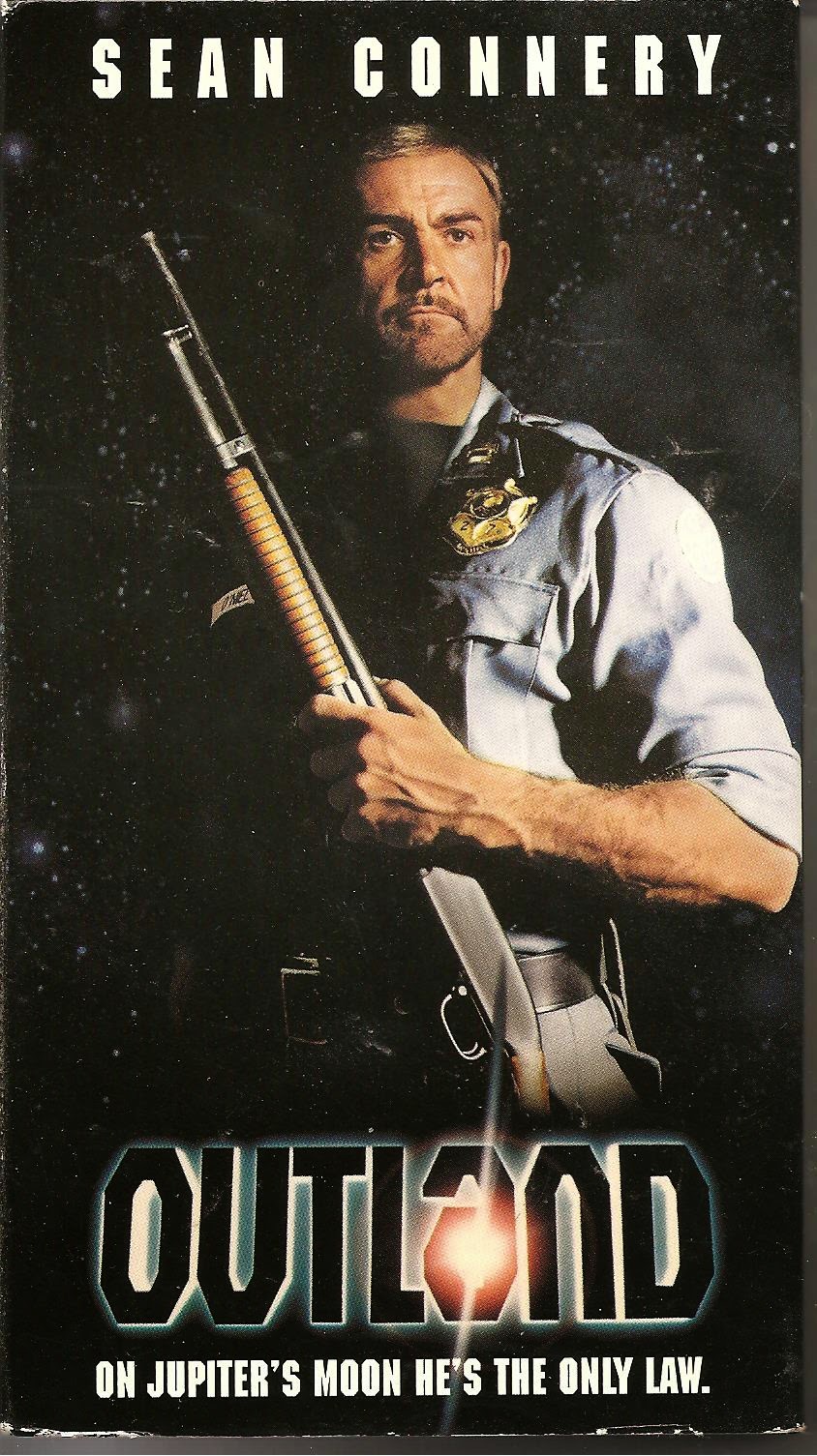 Synopsis: Hmm.... Sean Connery arrives at a remote location to discover a series of grisly murders. Oh my God – it’s The Name of the Rose – in space!!


Blurb From the VHS Jacket: “In Jupiter’s innermost moon, is the god-forsaken site of Con-Am 27, a mining colony and high-tech hellhole populated by the same breed of misfits and losers that once roamed the dusty streets of Dodge City.”


What Did I Learn?: You don’t just “lose” nuclear detonators and then “find” them. You lose your comb and then find it, but not detonators!


You Might Like This Movie If: You think Connery does his best work in movies set in the future.


Really?: 1) So wait – I realize the hired assassin might not be the sharpest tool in the shed, but how many people would fire a shotgun inside a plate-glass greenhouse when they know there’s a zero-pressure environment outside? Come to think of it – why would anyone build an extraterrestrial greenhouse with glass that could shatter so easily? 2) Hold on – Sheppard (Peter Boyle) actually articulates his plan to kill O’Neil (Connery) on an open transmission when it’s obvious the Marshall is gunning for him, and has the authority to tap his phone? And why wouldn’t Marshall O’Neil arrest him immediately afterwards?


Rating: I wanted to like Outland, but it just isn’t a very good movie – it’s essentially a futuristic remake of High Noon with two-dimensional characters. While it’s set in space, Outland never becomes science fiction, and it’s not exciting or interesting enough to work as either a Western or as a police procedural, either. More importantly, O’Neil’s character remains a mystery, so we don’t know what motivates him, or why we ought to give a shit when he takes on the evil mining director. Outland isn’t a completely terrible movie (I liked Connery’s performance, and the set design is impressive) – it’s just rather dull and pointless. 5.5/10 stars.