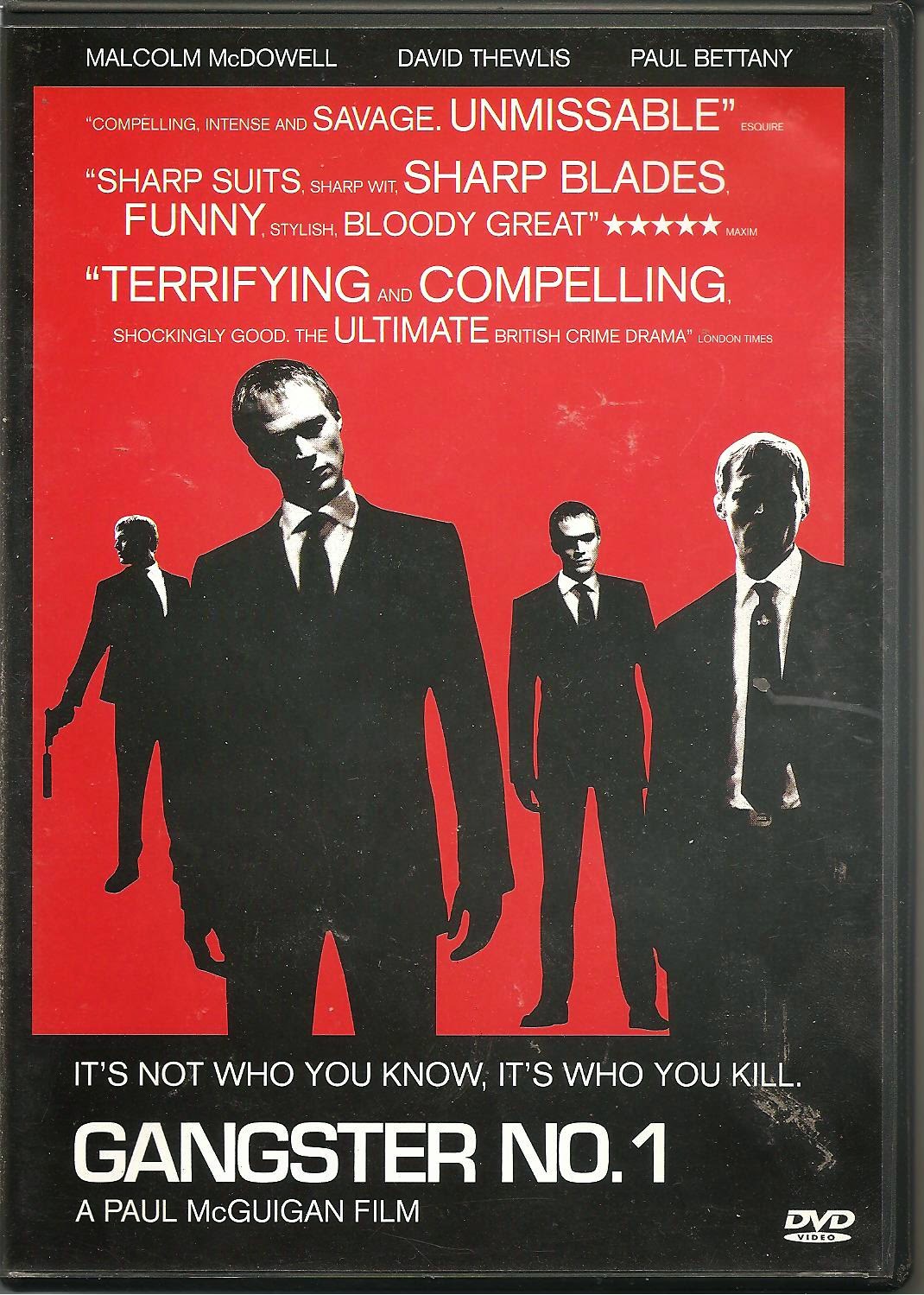 
Blurb From the DVD Jacket: “It’s 1968. Gangster has come to work for Freddie Mays, the Butcher of Mayfair, and he’s enjoying his job. He likes the money, the girls, the suits, the power, the violence. And Gangster is good at what he does, very good. He frightens people and he’s going to frighten Freddie Mays.”


What Did I Learn?: You want to be very careful around a man who claims to have a “favourite axe.”


You Might Like This Movie If: You're a gangsta... and you want everyone to know you're Number One.


Really?: 1) Generally speaking, I tend to believe a movie loses a lot of its credibility when a character hands a loaded pistol to an antagonists and shouts: “go on, shoot me!” 2) I realize Paul Bettany looks a lot like a young Malcolm McDowell, but he’s about 7 inches taller, and their eyes are different colours. Considering every other actor is made-up to look older in the present-day scenes, I’m not sure it was a great idea to use both men.


Rating: I have somewhat mixed feelings about Gangster No. 1. I liked McDowell’s and Bettany’s performances, and the story is rather compelling – for awhile, anyway. As the gangster becomes increasingly evil (I'm thinking especially of the brutal murder of Lennie Taylor), it becomes quite difficult to identify with his character, and the last scenes when he confronts a mature Freddie Mays just fall flat. 6/10 stars.