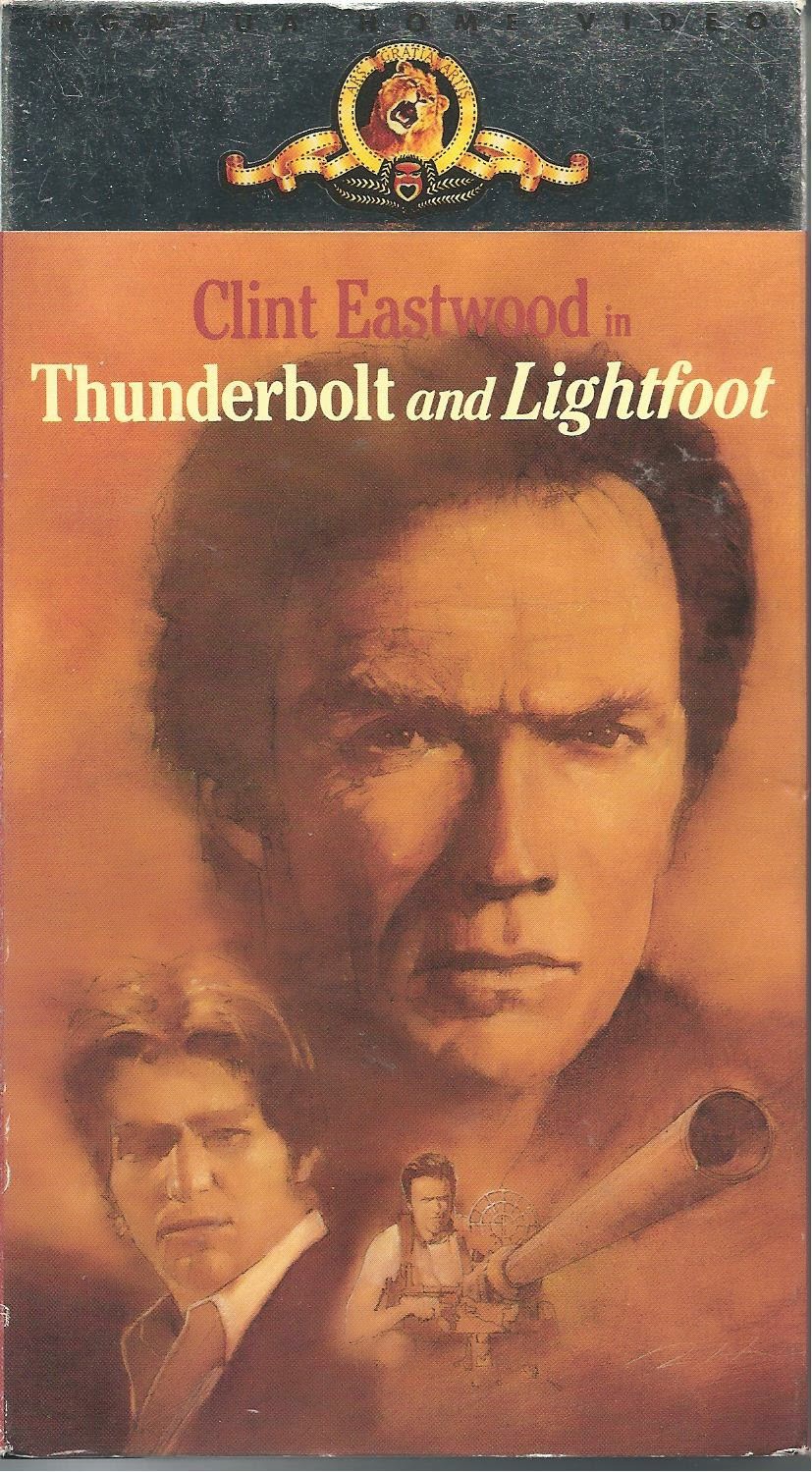 
Blurb From the VHS Jacket: “A golden field of wheat waves serenely under a blue Montana sky. Inside a quaint wooden church, a congregation of just-plain-folk listens intently to its preacher. Then, just when you begin to wonder if you haven’t somehow wandered into a Norman Rockwell painting, a man steps through the door and begins spraying the pulpit with automatic pistol fire.”


What Did I Learn?: If a chick you threatens to yell “rape” if you don’t drive her home at 3AM, it’s not a good idea to call her bluff.


Really?: 1) Funny how we never hear again from the crazy dude with the rabbits, even though our heroes beat him up and steal his car. 2) You would think that Lightfoot might sooner or later refrain from annoying Leary (George Kennedy), or that Thunderbolt might give him a come-to-Jesus talk about it. 3) So wait – does Lightfoot actually kill Dunlop? Funny how the cops don’t seem terribly interested in the hit-and-run, Lightfoot isn’t wracked with guilt, and Leary isn’t terribly mad about it.


Rating: Thunderbolt and Lightfoot is a charming, and strangely laid-back heist picture that’s more light-hearted drama than thriller. While I liked Kennedy’s and Geoffrey Lewis’ characters, the best parts of T&L are the early scenes of Eastwood and Bridges getting to know each other. The film is a bit slow-moving, and the ending is a downer, but it's definitely worth checking out. 8.5/10 stars.