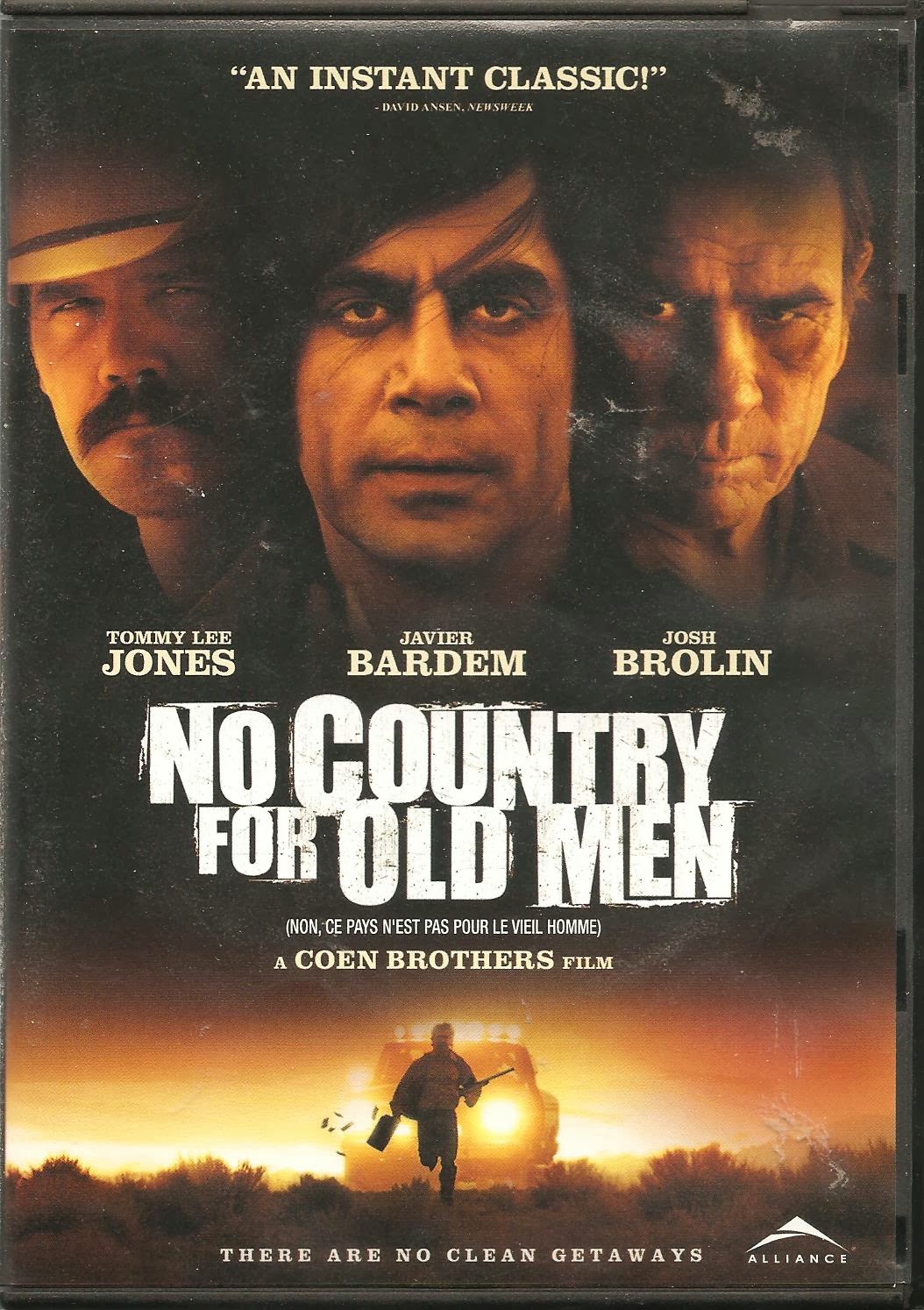 
Synopsis: It’s a bit like The Getaway meets Lone Star meets The Terminator.


Blurb From the DVD Jacket: “Based on the novel by Pullitzer Prize winning author Cormac McCarthy, and featuring an acclaimed cast led by Tommy Lee Jones, this gritty game of cat and mouse will take you tot he edge of your seat and beyond – right up to its heart-stopping final moment.”


What Did I Learn?: 1) If you’ve somehow escaped from a crime scene with $2 million, don’t even think about returning to do a good deed. 2) A canister of compressed gas is probably the most useful tool you’ll ever own.


You Might Like This Movie If: You're always afraid of finding some bushy-haired weirdo waiting for you in your home.


Really?: I realize both Chigurh and the Mexicans use transponders to track the money, but how did they know to check out the town of Del Rio? And why wouldn’t Moss keep moving? Come to think of it, Carson Wells (Woody Harrelson) has a fairly easy time tracking down Moss, himself.


Rating: No Country for Old Men might be the best film the Coen Brothers ever made – and that impressive list includes The Big Lebowski. The movie works as both an edge-of-your-seat adventure, and as a deeper study of character; while Josh Brolin and Javier Bardem deliver memorable performances (Anton Chigurh is one creepy hitman), I quite enjoyed Jones’ portrayal of the world-weary sheriff. It’s a shame the three of them don’t share any screen time together. Highly recommended. 10/10 stars.