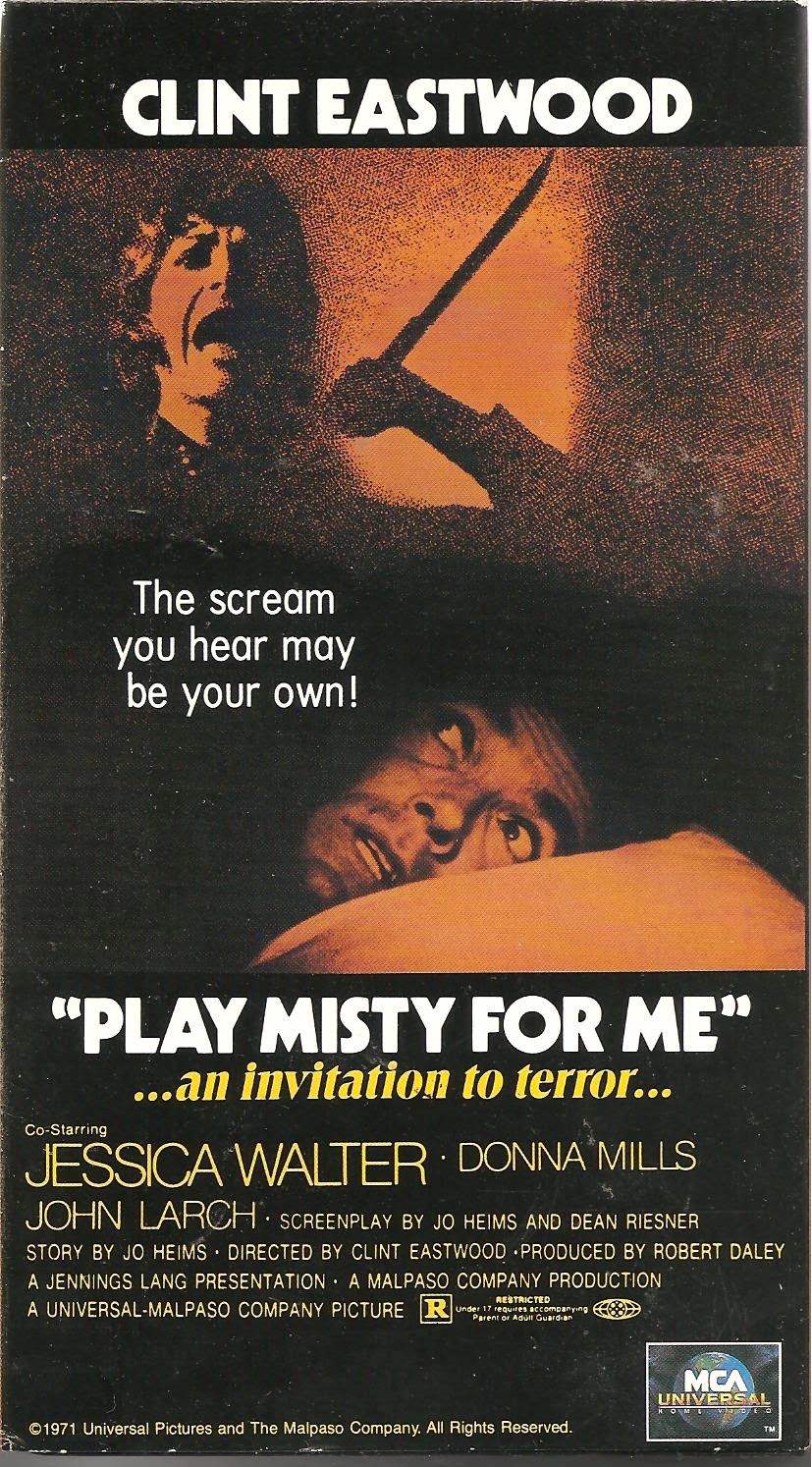 
Synopsis: If you firmly believe the only thing Fatal Attraction needed was a whole lot of 1970s jazz, this is your movie.


Blurb From the VHS Jacket: “Clint Eastwood made his directorial debut in this contemporary thriller which has become one of the star’s most acclaimed and suspenseful features. As a popular California disc jockey, Clint repeatedly receives on-air phone requests to ‘play Misty for me’ from a sexy feminine voice.” [Wait – “Clint repeatedly receives...?” I’m pretty sure the character’s name is “Dave”]


What Did I Learn?: When you’re dealing with deranged psychos, it’s a good idea to know something about obscure poetry.


You Might Like This Movie If: You love the song "Misty" so much, you would even ask Tom Selleck to sing it.


Really?: 1) Wait – why would Dave leave Evelyn behind in his house when he steps out for his big business meeting? Come to think of it, I had a hard time believing he would be as nice to her as he is, considering it’s painfully obvious she’s nuts. 2) Hold on – Dave knows that Evelyn is somewhere in his house, holding a knife, and he doesn’t grab a weapon of some kind? Gee – how about the dead cop’s .38?


Rating: Play Misty for Me seems a bit dated at times, but it’s still a tense psycho-drama that features a lot of great jazz and an outstanding performance by Jessica Walter as the troubled Evelyn. The film’s biggest problem is that while it starts out well – Dave slowly gets a sense his new lover is a few tacos short of a combo plate – it loses a lot of momentum after Evelyn is temporarily jailed, and the plot becomes increasingly difficult to believe (see “Really?”). 7/10 stars.