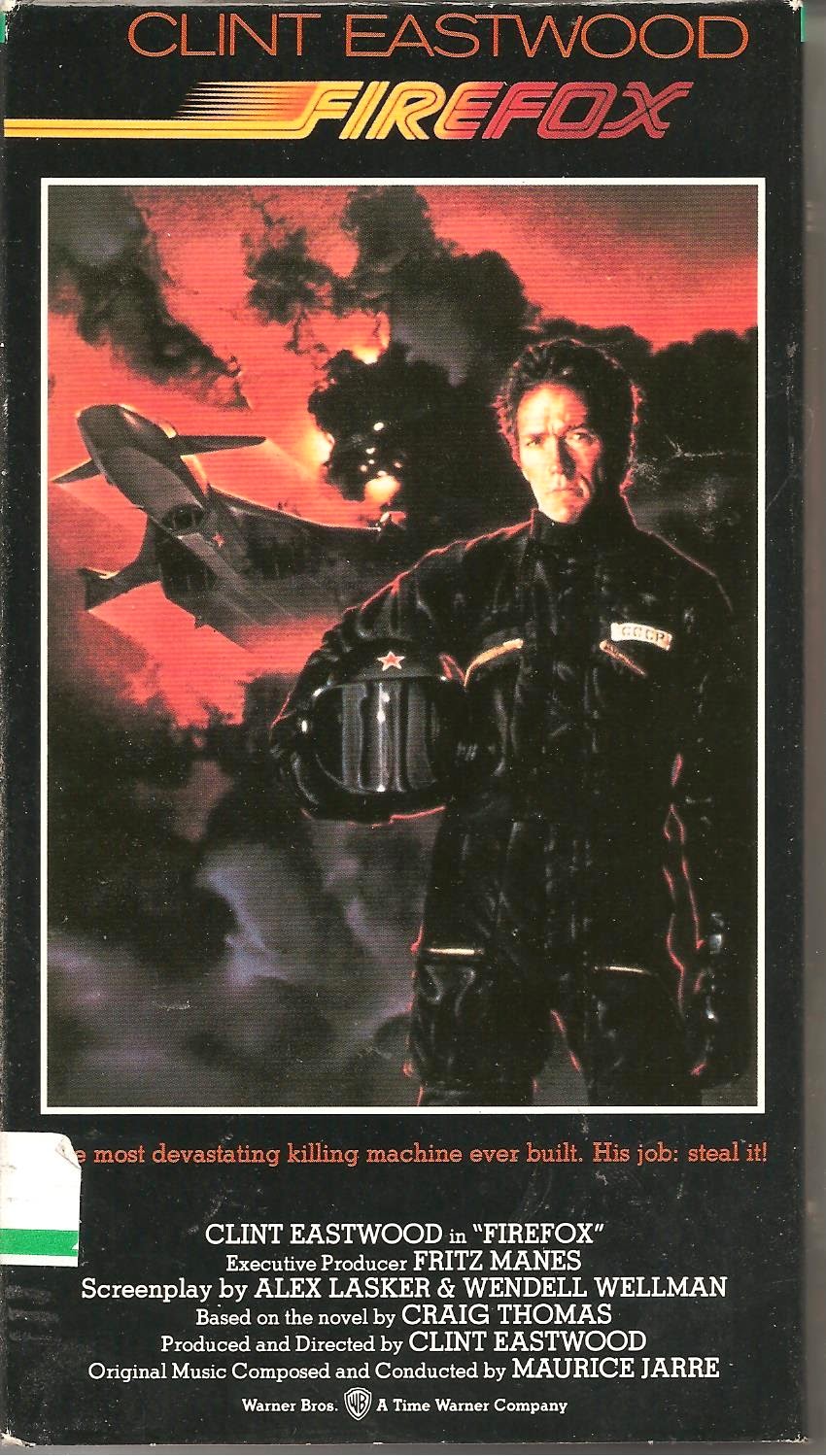 
Synopsis: It’s a bit like that never-made prequel to Return of the Jedi when Darth Vader travels to Endor to obtain valuable Death Star technology from the Ewoks.


Blurb From the VHS Jacket: “Firefox belongs to the Russians. To maintain the delicate balance of world power, the West must steal it. The right man for the job? Take a guess.”


What Did I Learn?: The right uniform, a bit of bluster, and some foreign cigarettes are all you need to get past a Russian military checkpoint.


You Might Like This Movie If: You stand in awe of Soviet technology. [This is one weird clip!]


Really?: 1) See “Synopsis”... ok, I realize this movie was released in 1982, when the USSR invested vast resources into its war-making capabilities, and the Soviets were quite skilled at buying or stealing valuable technology from the West, but seriously – a plane that’s capable of flying six times the speed of sound, invisible to radar, with a mind-controlled weapons system?. 2) I have to wonder: were all Western agents behind the Iron Curtain perfectly prepared to throw their lives away if they received those orders from London? 3) Hmm... wouldn’t it be a whole lot easier to smuggle the dissident scientists out of the country than to somehow infiltrate a Soviet military base and steal a top-secret plane? 4) So wait...the First Secretary of the Soviet Union decides to personally communicate with Gant (Eastwood) – and he actually responds? Couldn’t that exchange be used as evidence, either in a trial, or for propaganda purposes? 5) Hold on – Gant is in the plane, surrounded by men with machine guns who order him to stop, and he somehow manages to take off, regardless?


Rating: The premise of Firefox is obviously rather dated (and somewhat laughable in 2014), but it’s still a suspenseful spy thriller and a ripping good yarn. The cloak-and-dagger scenes in Moscow are the best part of the film – they contain a genuine tension because unlike the superhuman James Bond, Gant is scared, bewildered, and must continually think on his feet. Unfortunately, the film loses a lot of that tension and suspense once Gant is airborne, and the action becomes special effects-driven; the third act could have used a re-write or two. 7/10 stars.