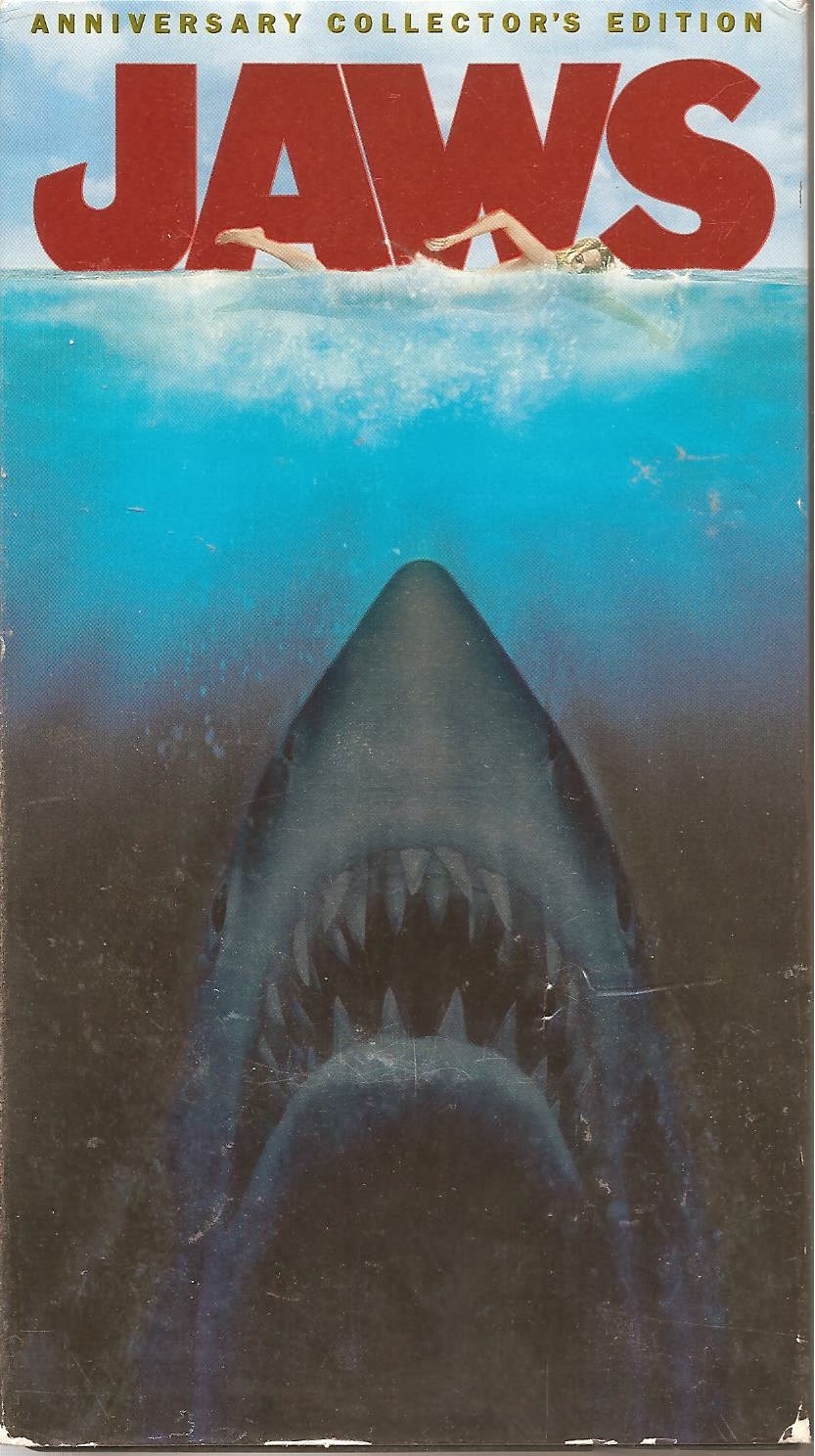 (I'm not doing a tribute to Richard Dreyfus, by the way - he just happened to star in both this movie and Night Falls on Manhattan)


Blurb From the VHS Jacket: “Steven Spielberg directed this classic film that became one of the most enduring action-adventure films of all time.”


What Did I Learn?: The ocean is a dangerous, terrifying place that’s best avoided altogether by humans. [Oh wait – I already learned that from The Perfect Storm]


Really?: I suppose I could ask why a water-hating cop decided to take a job as sheriff on a small, New England island, but this is addressed in the movie. Instead, I have to wonder why nobody ever calls the Coast Guard, even though that organization is mentioned a few times. Why is the job of shark-hunting left to a land-lubbing policeman and a grizzled old salt?


Rating: Jaws is essentially two movies in one: the first half, when Brody and Hooper desperately attempt to convince the slimy Mayor he needs to close the beaches, and the second, when three very different men must set aside their differences to catch a surprisingly wily shark. The first hour is great, but the second – especially the interplay between Richard Dreyfus and Robert Shaw (whose recollection of the USS Indianapolis might be the film’s finest moment) is magnificent. Highly recommended. 10/10 stars.