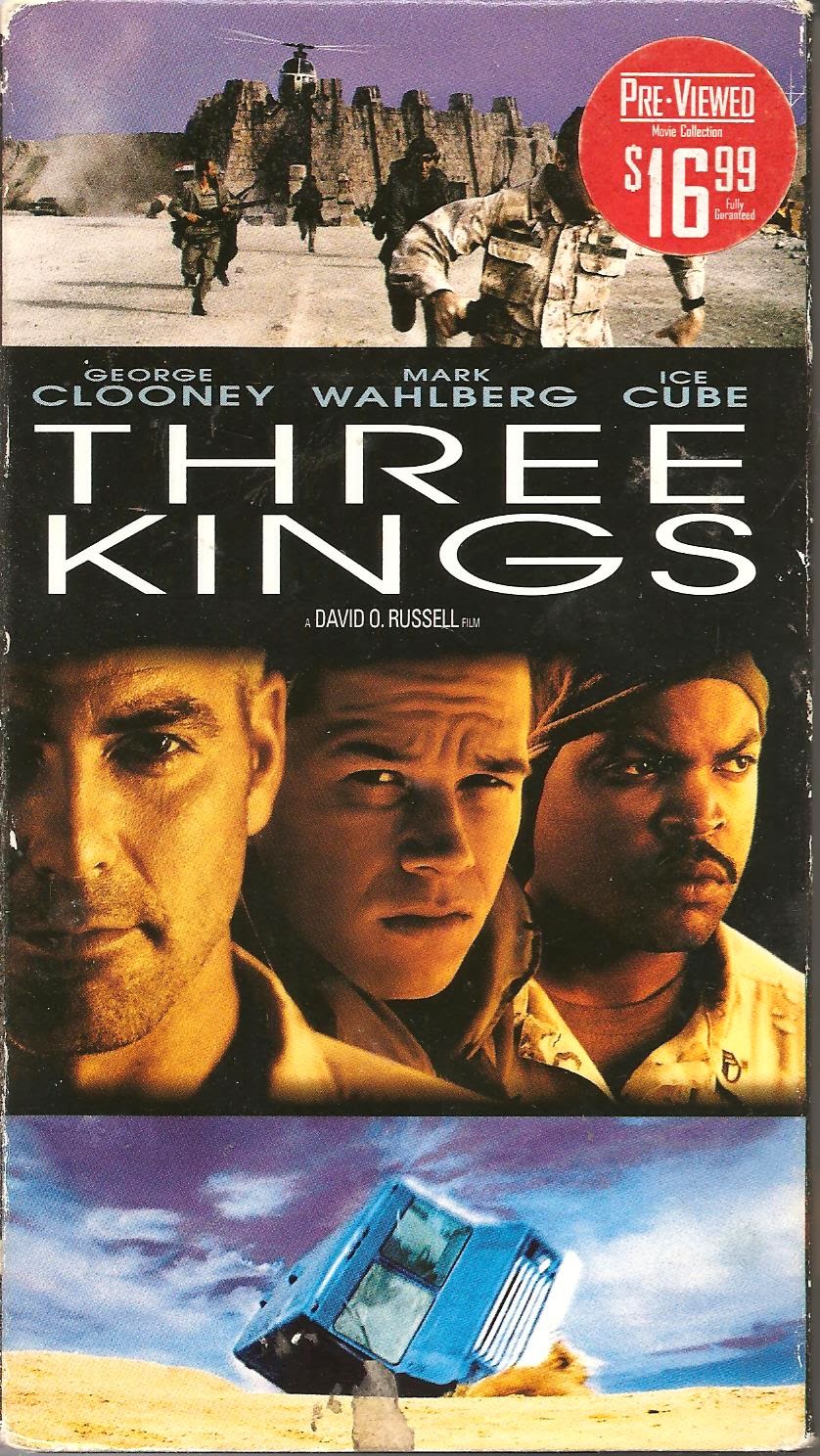 Hmm...  the VHS jacket mentions “four American soldiers” and yet the movie title is Three Kings. That ought to tell you something...


Synopsis: If you’ve ever wanted to see Kelly’s Heroes remade with scenes of heartbreaking and brutal violence, this is your movie.


Blurb From the VHS Jacket: “Absurdly comic, highly kinetic, at times shockingly emotional, Three Kings begins when the Gulf War is over. Amid the partying and confusion, four American soldiers (George Clooney, Mark Wahlberg, Ice Cube and Spike Jonze), determined to take home more than sand fleas, go off into the Iraqi desert to find millions in stolen Kuwaiti bullion.”


What Did I Learn?: Apparently, Eddie Murphy’s Party All the Time is “bad music.” [I disagree, by the way]


You Might Like This Movie If: You know that Saddam Hussein was bad news, and that Iraq is soooooo much better off without him.


Really?: Same question I asked during Kelly’s Heroes: how exactly are they supposed to smuggle all of that gold back into the United States, and then how do they sell it?


Rating: Three Kings is an exciting, sometimes-funny, and often-disturbing war film, and one of the best-articulated examples of an argument we don’t hear much, anymore: George H. W. Bush should have finished the job in 1991 and marched on to Baghdad. The biggest problem with Three Kings is that while the movie starts out as escapist fun, it quickly turns into something much darker, and it’s chock full of scenes – torture, executions, etc – that are almost unbearable to watch. 6.5/10 stars.