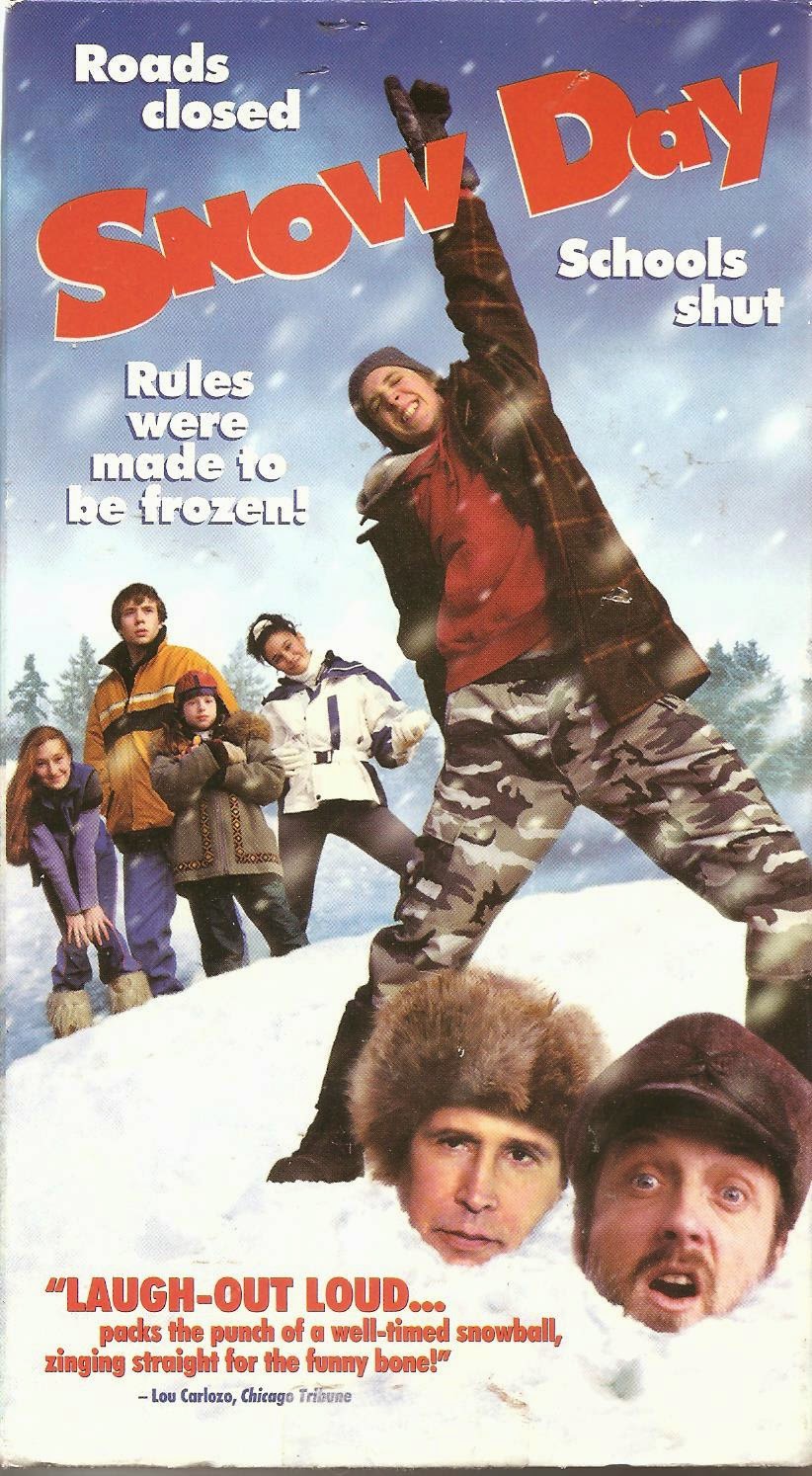 
Blurb From the VHS Jacket: “School’s out and fun’s in! Hot young stars team up with comic favourites Chevy Chase, Chris Elliott and Jean Smart for this kids-in-charge, adults-in-meltdown comedy...”


What Did I Learn?: I’m tempted to write: “anything can happen on a snow day,” since it’s repeated at least a dozen times, but no – I learned that if they really, really, really care about their kids, working moms should throw away their cellphones, and blow off their responsibilities, even if it means scrapping that very important conference call with Beijing that was planned months in advance!


You Might Like This Movie If: You know that a snow plow can't driven by just any idiot.


Really?: 1) See: “What Did I Learn?” 2) I could comment on any number of weird plot twists, or characters behaving oddly, but I’ll just ask if it was necessary to film Chevy Chase sled down a hill? Wasn’t that already done – much better – in Christmas Vacation?


Rating: I realize I’m not part of the target audience for Snow Day – it’s clearly aimed at young teens and older children – but it has a lot of problems. Clocking in at 89 minutes, the movie is overloaded with superfluous characters and sub-plots, the kids are far too obnoxious to be even remotely likeable, and the scenes involving Chris Elliott holding one of them as a hostage is just plain creepy. Snow Day has a few good lines (my friend Anita and I howled when somebody said: “I can’t date a leg-jiggler!”), but that’s about it. Strangely enough, I found myself wishing Chevy Chase had more screen time. I cannot recommend this movie. 4/10 stars.


Would It Work For a Bad Movie Night?: Absolutely – Take a drink any time somebody repeats that “anything can happen” line.