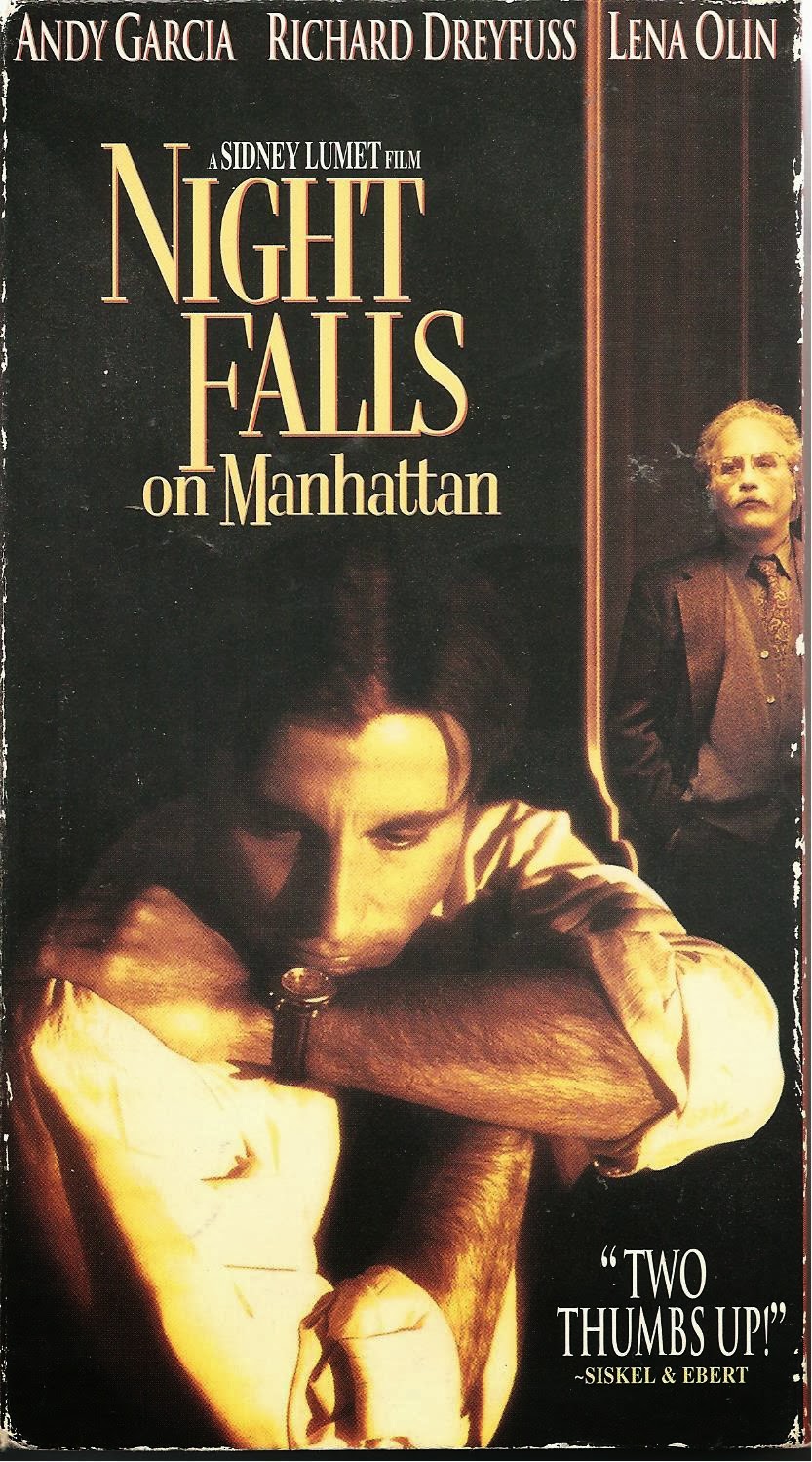 Dang – this also would have been perfect for my salute to bad cops! Since this is turning into a mini-tribute to Sidney Lumet, please click the links to read my reviews of The Verdict, Serpico and Dog Day Afternoon.


Blurb From the VHS Jacket: “Sean Casey (Andy Garcia) is just another idealistic assistant DA – until his prosecution of a cop-killing drug lord catapults him into the center of New York’s tempestuous political arena.”


What Did I Learn?: It’s a really bad idea to leave incriminating evidence – such as a phony search warrant – sitting in open sight on your kitchen table, even if you live alone.


You Might Like This Movie If: you know that you should never, ever ask a man about his tiny white sneakers.


Really?: 1) See: “What Did I Learn?” 2) So, um... Elihu Harrison, the asshole Assistant DA just disappears from the movie after he gets defeated in the election? I could have sworn the script was setting him up to be a villain. 3) I realize Sean becomes a big star after the Jordan Washington case, but I had a bit of trouble believing the (presumably Democratic) party would name him as its standard-bearer for DA when he clearly doesn’t have enough experience.


Rating: Night Falls on Manhattan is a bit contrived in places, and it’s surprisingly similar to Q&A in a number of ways, but it’s still an intelligent, enjoyable film that boasts several good performances, including a pre-Sopranos James Gandolfini as a likeable-but-crooked cop. 8/10 stars.