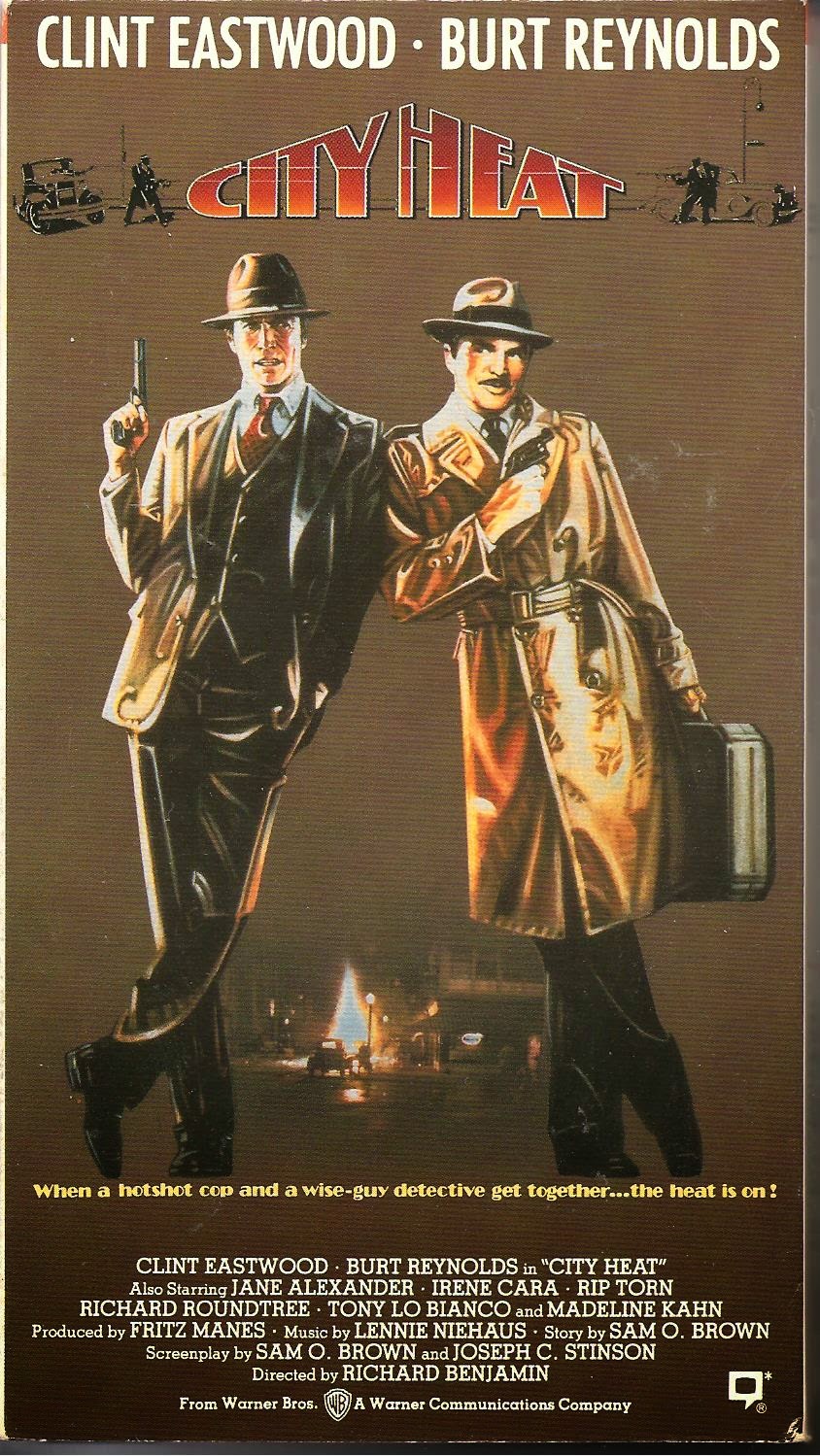 Clint Eastwood Movie #2 (Ok, maybe this belongs with Eastwood’s Dirty Harry-and-its-clones collection, considering he plays a cop and self-parodies his most famous role)


Synopsis: Clint squints and Burt smirks... lots of banter and explosions, but it never really works.


Blurb From the VHS Jacket: “Clint Eastwood and Burt Reynolds keep the heat on high in City Heat, a fun and fireworks romp where the laughter never lets up and the pace never lets down.”


What Did I Learn?: If Clint Eastwood challenges you to a “fast game of Sleeper,” start running!


Really?: Hmm... there are a number of “Really?” moments in this movie, but I have to wonder: 1) why is it necessary for Speer (Eastwood) to steal the rich guy’s tuxedo when he merely has to get past the dude on the roof, who Murphy (Reynolds) has already knocked out? 2) Oh – and did grown men really accuse each other of being “insecure” in 1933?


Rating: I wouldn’t classify City Heat as a bad movie, but it comes perilously close to being one for a number of reasons: the plot is a convoluted mess that doesn’t make a lot of sense, the film’s humour mostly falls flat, and for a film that’s set in 1933, City Heat never once looks or feels like a genuine period piece – it seems more of an excuse for Reynolds and Eastwood to trade quips on a soundstage. Still, the film has some good moments, Irene Cara (best remembered for singing “What a Feeling” from Flashdance) does a nice job with several jazz numbers, and the title song performed by Joe Williams is worth a half-star all on its own. 5.5/10 stars.