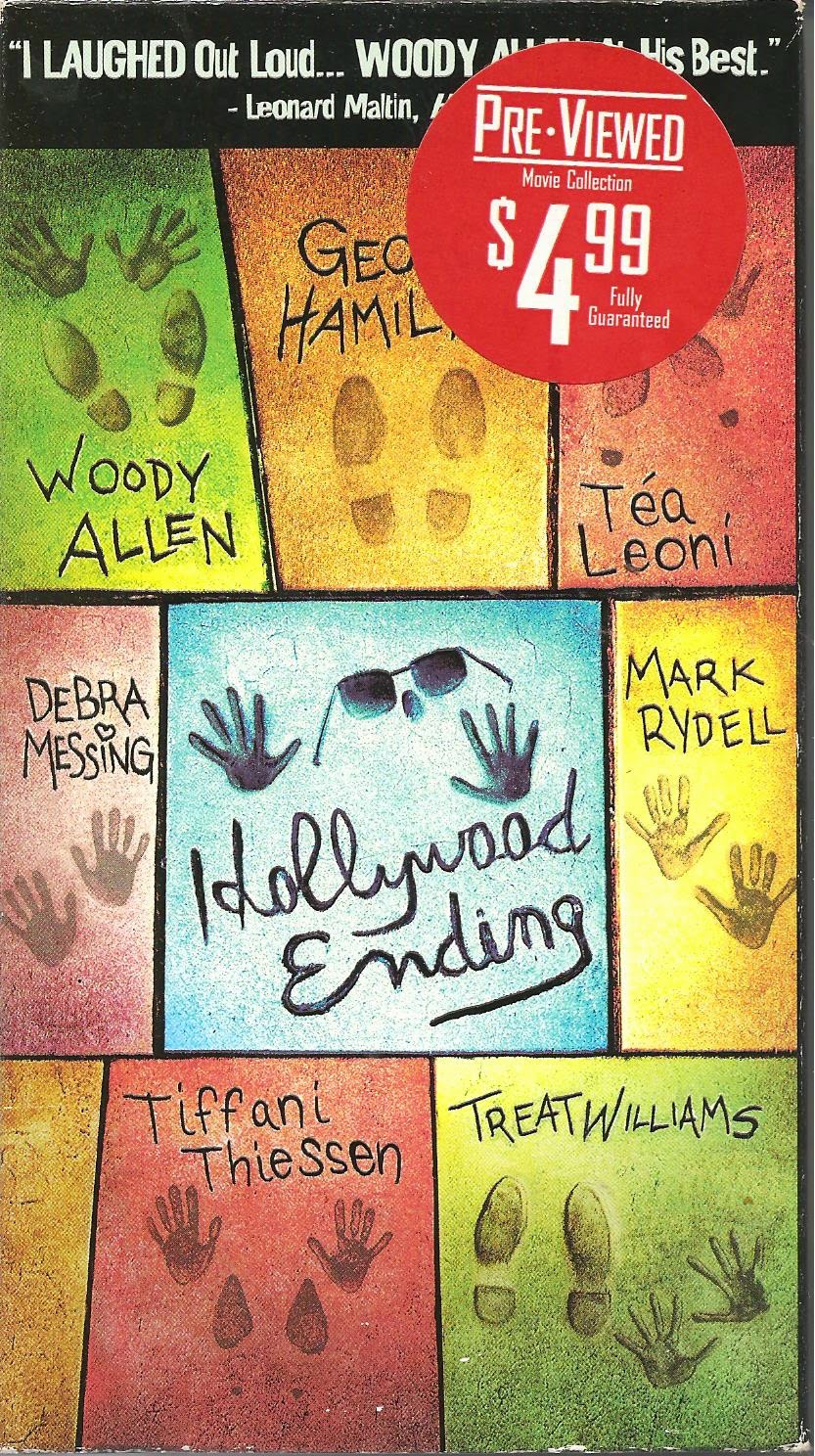 Blurb From the VHS Jacket: “Academy Award-winning director Woody Allen takes a side-splitting look a the bumpy course of true love – Hollywood Style – in this highly-acclaimed romantic comedy that John Anderson of Newsday calls ‘his funniest movie in years.’”

What Did I Learn?: 1) Sex is better than talk. 2) Marriages don’t really go anywhere; they just lay there. 3) Apparently, Canada is a vast, frozen wasteland where it’s very, very easy to purchase animal pelts.

You Might Like This Movie If: Just like Woody Allen, you know there's nothing funnier than a blind protagonist.
Really?: So, let’s see…Allen’s character is banging a woman who looks like Debra Messing, his ex-wife (played by Tea Leoni) still has feelings for him, and Tiffani Thiessen (best remembered for the egregious Saved By the Bell) is warm for his form. Sure…dream on, Woody.

Rating: I can’t describe myself as a huge Woody Allen fan, but I wanted to like Hollywood Ending a bit more than I did. The film is certainly funny in places (and what an unusual cast!), but it loses its way somewhere in the second act when Val Waxman (Allen) decides to reconnect with his estranged son, and I couldn’t help myself from thinking Allen could have done a better job of satirizing the film industry. Hollywood Ending is a good comedy that could have been much better with a re-written script. 7.5/10 stars.