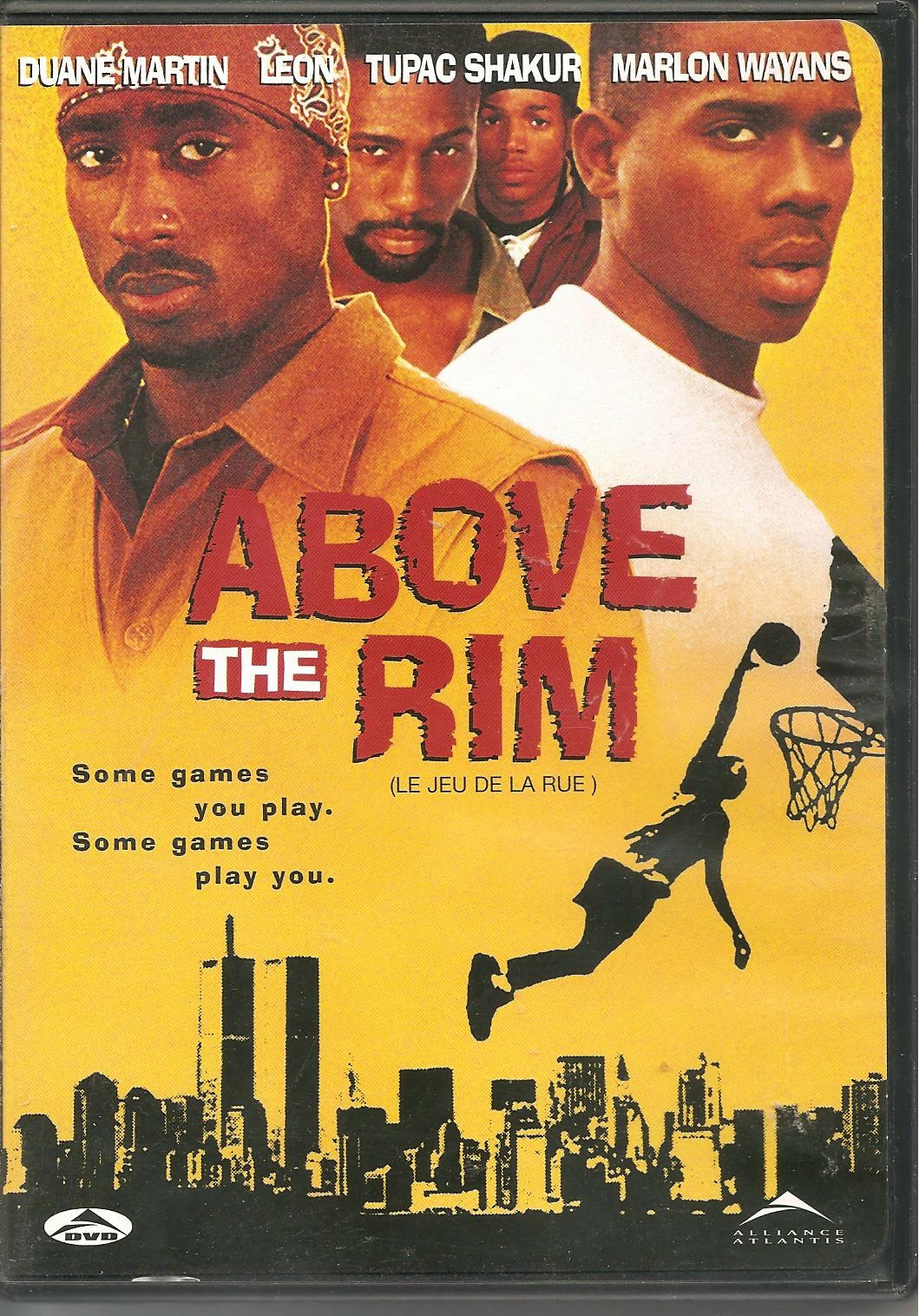 Hey, this would have been perfect both for my salute to urban crime films, and for my tribute to movies about basketball.

Synopsis: Older-but-troubled man plays a spirited game of one-on-one basketball with a talented-but-arrogant kid to show him he’s on the wrong path. Oh wait – that’s the synopsis for He Got Game.

Blurb From the DVD Jacket: “It’s a battle for Kyle’s heart and soul, resulting in one of the grittiest basketball films ever made!”

What Did I Learn?: If you absolutely have to play basketball on a rooftop, it’s a really bad idea to go for a slam dunk.

You Might Like This Movie If: Just like troubled Tom Shepherd, you enjoy playing basketball without that basketball.
Really?: So, the local drug kingpin’s big obsession is to completely annihilate the other teams in the charity basketball tournament, and he’s prepared to shower Kyle with money, women, and lots of other free stuff to achieve that goal? Ok, whatever….

Rating: I wanted to like Above the Rim a bit more than I actually did. While the film features a number of good performances (fans of The Wire will delight in seeing Wood Harris, who played Avon Barksdale), it’s overloaded with too many subplots, I had a bit of trouble believing the film’s basic premise (see: “Really?”), and Kyle isn’t a terribly sympathetic protagonist. 6.5/10 stars.