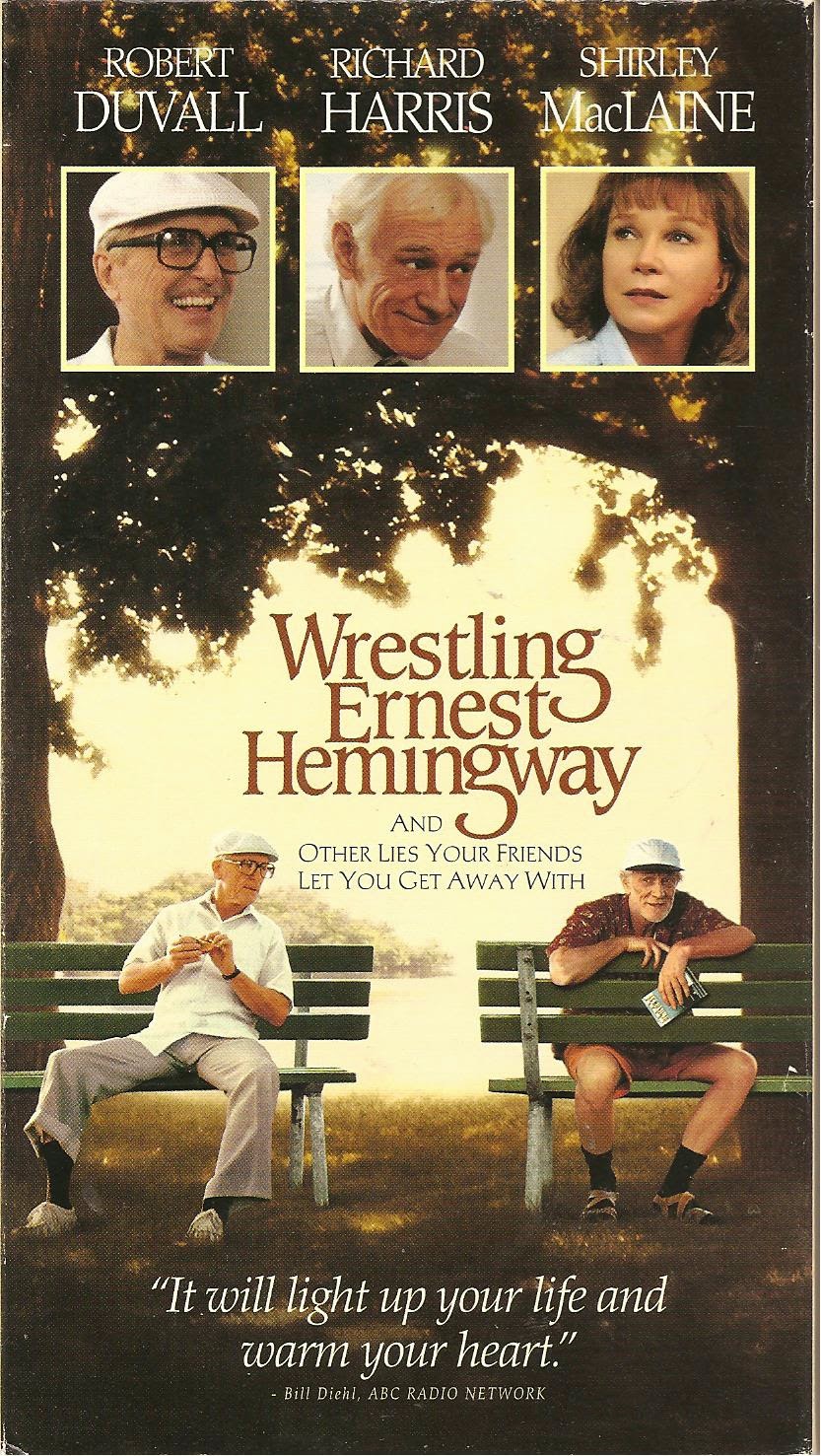 What Did I Learn?: If you want to make new friends, sit down on a park bench and annoy some nearby strangers.

You Might Like This Movie If: You're really in the mood for a bacon sandwich.
Really?: 1) So, um…Walter is in his 70s, and he thinks he has a shot with Elaine (Sandra Bullock)? How did he learn so little about women over the years? 2) I’m pretty sure that a 75-year old alcoholic who lives in a flea-bag apartment would NOT smash an unopened bottle of vodka against a brick wall. 3) I guess there aren’t any bike thieves in Florida. 4) Hold on – Walter’s best friend dies, and he STILL heads to the big dance 20 minutes later? Come on, no way….

Rating: I have to give Wrestling Ernest Hemingway something of a mixed review. Robert Duvall and Richard Harris deliver complex, and ultimately magnificent performances as Walter and Frank (Shirley MacLaine is also quite good as Frank’s no-bullshit landlady), Michael Convertino’s musical score is magical in places, and there are a number of really nice moments in this film. That said, its sentimentality too often becomes cloying, and the comedy isn’t terribly funny. And while I realize WEH is a character-driven drama, the narrative direction is practically non-existent, so the movie meanders towards a badly-written, and ultimately disappointing third act. 7/10 stars